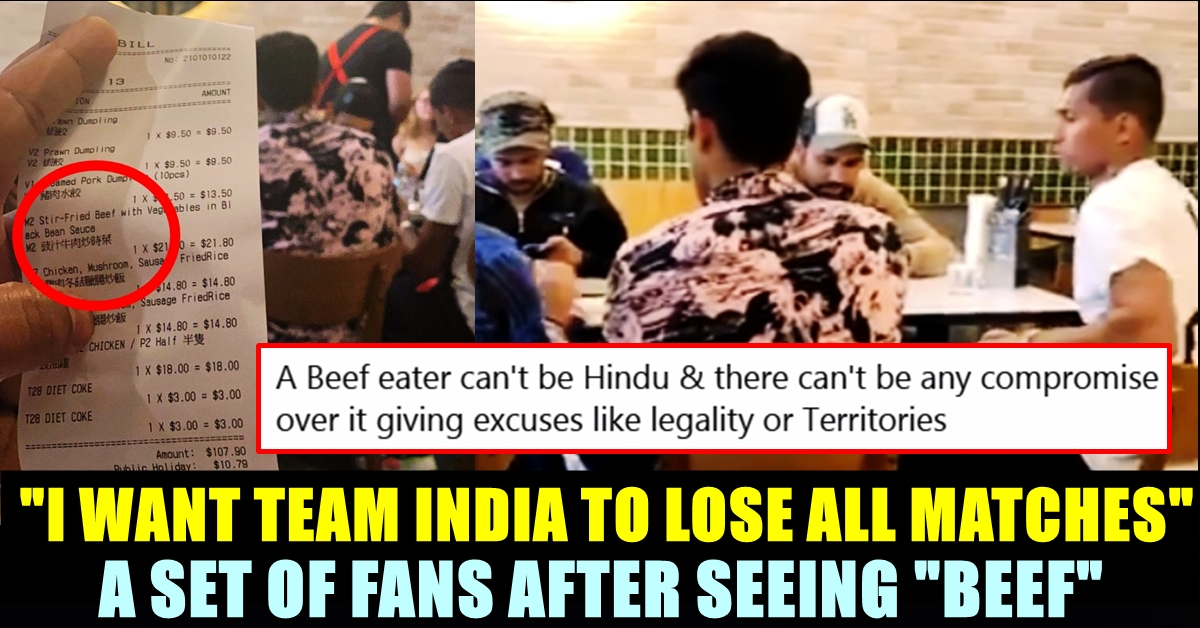 Prominent Indian players including Rohit Sharma, Shubman Gill, Rishab Pant, Navdeep Saini and Prithvi Shaw have been placed in isolation and an investigation launched into a possible breach of the COVID 19 bio security protocol by them, said Cricket Australia on Saturday. It all started after a fan released a video of the players eating at an indoor restaurant on Twitter on Friday.

The fan reportedly seated close to the players and also talked about getting a hug from Rishabh Pant, a wicket keeper of Team India. Report suggest that he also paid bill for the meals of the players. However, he denied it later after it raised serious questions on a breach of protocol. “Clarification – Pant never hugged me it was all said in excitement we maintained social distance all thru:) Apologies for miscommunication” his second tweet said.

Clarification – Pant never hugged me it was all said in excitement we maintained social distance all thru:) Apologies for miscommunication @BCCI @CricketAus @dailytelegraph

“The Board of Control of Cricket in India and Cricket Australia were today altered to a video post on social media that purported to show Rohit Sharma, Rishab Pant, Shubman Gill, Prithvi Shaw and Navdeep Saini eating at an indoor venue in Melbourne on New Year’s day” said CA in a statement.

“In the interim, on the advice of the Australian and Indian medical teams, the aforementioned players have been placed in isolation as a precaution. This will include separating the group of players from the broader Indian and Australian squads when traveling and at the training venue,” the statement added. Meanwhile, a set of fans started criticizing the players on seeing the details of the restaurant bill of the players.

People blaming only Rohit Sharma for this beef bill, but there was 4 other player. No one is talking about thrm.
Rohit is targeted for Being Brahmin and most successful captain in IPL. pic.twitter.com/plIwYJzu38

After seeing “beef” taking place in their bill, the fans started thrashing the players of Team India. “Shame on such players who eats beef and call themselves Indian players shame on such people” said an online user whereas a fan wanted team India to lose all the matches for the players of it consuming beef.

🇮🇳- How can they eat beef and pork! Boycott the players who ate beef. Management should make sure they are served only paneer from the milk of country cows

MS Dhoni only ate Fruits and drank milk whenever he went on overseas tour.

But today Indian players are having beef in a restaurant that is paid by a fan.

What a fall after the legend retired!!
This is not my Indian team!!

Et tu brute Rohit!!! And we were hailing them for vada pav eaters! This should be investigated!!! 😠😠😠 https://t.co/3SOj8ycFDe

Indian players are being charged for#BioBubbleBreach #BioSecurity in Australia for eating indoors in their own country.
Why can't they just shut the shops that serve indoor food?

If this is true, Bigger question will be, Who ate Beef? pic.twitter.com/kzdIYWKpUy

Ajith Fans Asked “Valimai” Update To Tamil Nadu CM !!
“Does He Know That He Is Speaking To Kamal Sir ?” Actor Questioned
Advertisement