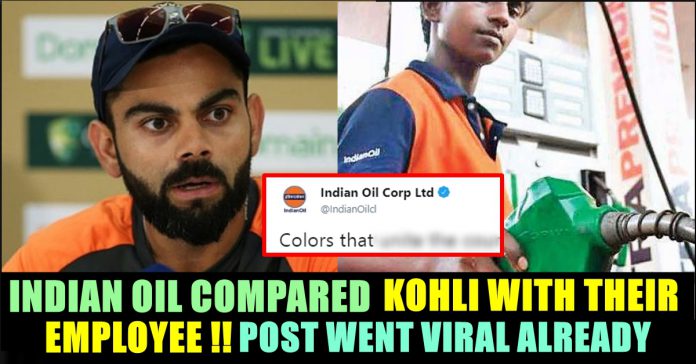 The new away jersey that is going to be donned by Indian team players in today’s match against England. After BCCI finally revealed the ‘away jerseys’ on Friday, the Virat Kohli squad took to social media to flaunt the new Away Kit. “Ready to rumble in new jersey,” tweeted India’s spin master Yuzvendra Chahal. 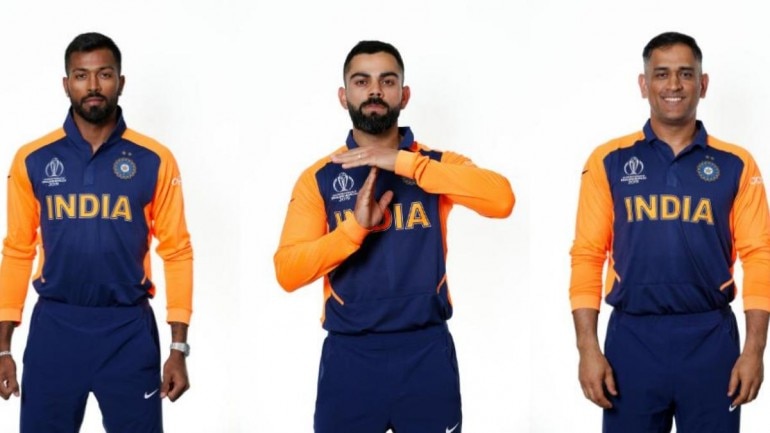 However it was trolled by many online fans ruthlessly as it looked like Petrol pump workers uniform and also some compared it to the BJP’s party flag. Even some of them said that the jersey was inspired from Swiggy uniform. But what topped all of them is the tweet from the official twitter handle of Indian Oil.

Posting a picture of their employee wearing their uniform, Indian Oil’s twitter handle wrote “Colors that unite the country ! Join us as we #BleedOrange (and blue) and cheer our hearts out for #TeamIndia for #CWC2019
#CricketCarnival”

Colors that unite the country ! Join us as we #BleedOrange (and blue) and cheer our hearts out for #TeamIndia for #CWC2019 #CricketCarnival pic.twitter.com/kORHDJJuX7

While talking about the jersey, Skipper Kohli loved the design and gave it an eight out of ten. “The fit is great, it’s a nice change,” Kohli said in the pre-match press conference on Saturday (June 29). “I quite like it, I think it’s right up there. For me it would be eight. Honestly, I’m not saying it for the sake of it. I really like it. The contrast is very nice,” Kohli said, after being asked to rate the jersey on a scale of one to 10.

Captain @imVkohli gives the new jersey an 8/10 – What about you #TeamIndia #ENGvIND #CWC19 pic.twitter.com/lYdqqS7TuZ

There had been some debate with regards to choice of orange as a dominating colour as a section of political class accused the central government of trying to “saffronise” sport.

“For one game, it’s fine. I don’t think permanently we’d be heading in that direction because blue has always been our colour, very proud to wear that. For a change and looking at the occasion, it’s a very smart kit,” Kohli told reporters in the pre-match press conference on Saturday (June 29). 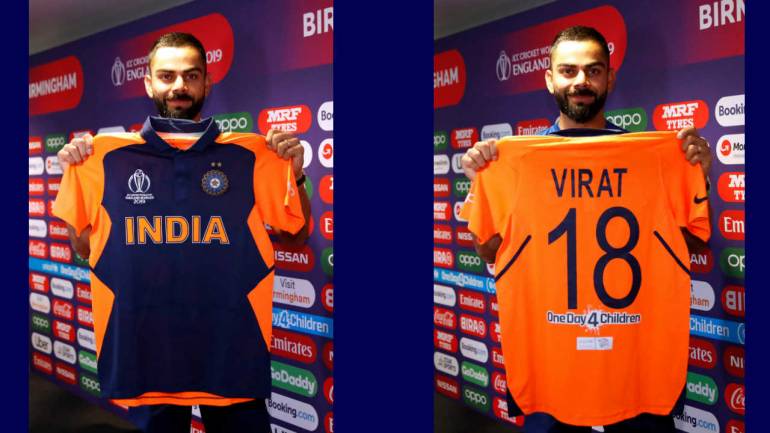 England, which was one of the favourites to win this edition of the showpiece tournament finds itself precariously placed fifth on the points table with eight points from the seven matches it has played so far.

India, on the other hand, has already placed one foot in the semifinals, remaining unbeaten in six matches. It has picked up 11 points and a win against England will see it become the second team to qualify for the semis after Australia.