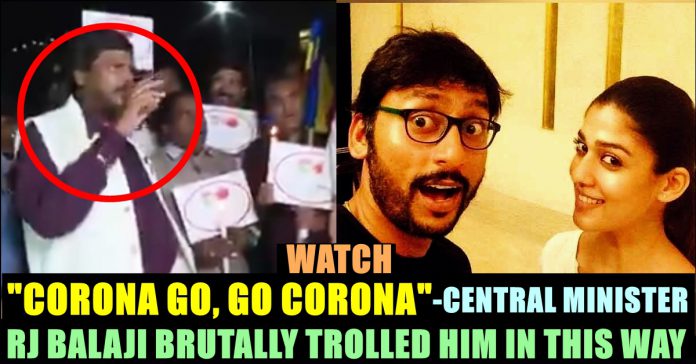 The effect of Coronavirus across the globe is threatening as the death poll is raising in daily manner. In India, many cases in different states were reported and the remedies are being taken against the deadly virus. The lethal disease has killed more than 1100 people in China and has spread to over 20 countries across the world. The most shocking news about it is, that there were few cases reported in Tamilnadu as well.

However, Tamilnadu’s health minister Dr.Vijayabaskar has posted a series of tweets to make sure people of Tamilnadu not to panic. “As of now Tamilnadu is corona free” said Vijayabaskar in one of his tweets which he posted earlier on Wednesday.

#Corona update: a good news for Our state, the Pt undergoing treatment at #RGGH is tested negative for Corona,this speedy recovery is possible only because of the meticulous treatment & expertise of #TNHealth to handle exigencies. As of now, #TN is CORONA FREE. #CVB @MoHFW_INDIA

#Corona update: Good Morning! All samples for #Covid19 that were testing in process y’day are confirmed CORONA NEGATIVE .There are no more pending samples at the labs. #TNHealth will continue all stringent measures to keep TN free from Coronavirus. @MoHFW_INDIA #Vijayabaskar

Meanwhile, a particular video of Union Minister Ramdas Athwale protesting against the virus by chanting “Go Corona” is going viral in social media platforms. Along with Ramdas, Chinese Consul General in Mumbai Tang Guocai and Buddhist monks can be seen in the video. The video was shot on February 20 at the Gateway of India during a prayer session to stop the spreading of Coronavirus in China.

This video is being shared by large number of Internet users with hilarious captions. The union of health ministry has said that the number of confirmed cases of Corona has risen to 50. The fresh cases declared by four states on Tuesday are being retested for confirmation. In total, the number of the cases of coronavirus in India has risen to 62.

The above video which is widely shared by Netizens, grabbed the attention of Tamil comedy actor RJ Balaji who is known for appearing in films like Naanum Rowdy thaan and LKG. The actor, after seeing the video, came up with a video comparing a scene from his movie LKG and the incident that happened in the Gateway of India.

This post from Balaji is receiving extremely hilarious reactions from his followers. One of them asked RJ Balaji to sue them for plagiarism. Check out some of their reactions below :

Sue them for plagiarism! 🤪

Corona's reaction after seeing this 😂😋 pic.twitter.com/UJUOhLMRRO

Comment your views on this strategy of our Union Minister to prevent Corona from spreading in India !!

Many news regarding director Atlee's next ventures has been surfacing. Some news portals said that he is going to direct Bollywood Badshah Shah Rukh...