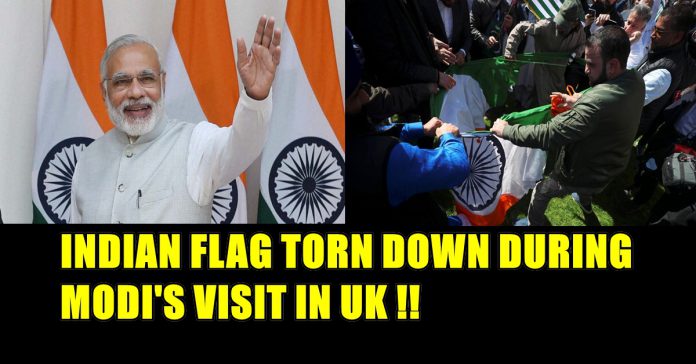 Prime Minister Narendra Modi’s visit to UK for bilateral talks and the multilateral Commonwealth Heads of Government Meeting (CHOGM), was greeted by protesters. Narendra Modi is currently in the UK for a 3-day tour.

As he was about to meet his British counterpart Theresa May, there were demonstrations by people protesting against atrocities in India. The protests turned violent after an Indian flag was torn down from one of the official flagpoles set up for all 53 Commonwealth countries, reported ANI. A senior journalist from an Indian news channel covering the protests was caught in the violent scrum sparked by aggressive pro-Khalistani protesters and Scotland Yard officers on duty had to step in to the rescue.

According to first post a senior Indian official associated with the prime minister’s visit said “We have expressed our concerns with the British authorities and they have apologised for the incident. We have been warning against some of these elements out to make trouble and they have assured us of action. The Indian flag has now been replaced,Protests and demonstrations are part and parcel of any democratic society as long as they remain peaceful. There are now concerns that some of the more aggressive elements hijacked the ‘tone of the protests” “We have expressed our concerns with the British authorities and they have apologized for the incident. We have been warning against some of these elements out to make trouble and they have assured us of action. The Indian flag has now been replaced.” the senior Indian official added.

The pro-Khalistani demonstrators from Sikh Federation UK and demonstrators from the so-called “Minorities Against Modi” group, led by Pakistani-origin peer Lord Ahmed, were among nearly 500 protesters who descended upon Parliament Square. These included groups led by some Kashmiri separatist groups.

“Hindu nationalism must be curtailed to avert India sliding towards wholesale dictatorship threatening democratic fabric, rule of law and the unity of India,” a Caste Watch UK spokesperson said.

As the protest turned nasty and purposeless, an Indian reporter tried to intervene and question it. However, the mob including the pro-Khalistani protestors misbehaved with her and Scotland Yard officers on duty had to step in for the rescue.

They were joined by other protesters carrying images the 8-year-old rape victim from Kathua in Jammu and Kashmir, and Gauri Lankesh, the Indian journalist who was shot at her doorstep last year. 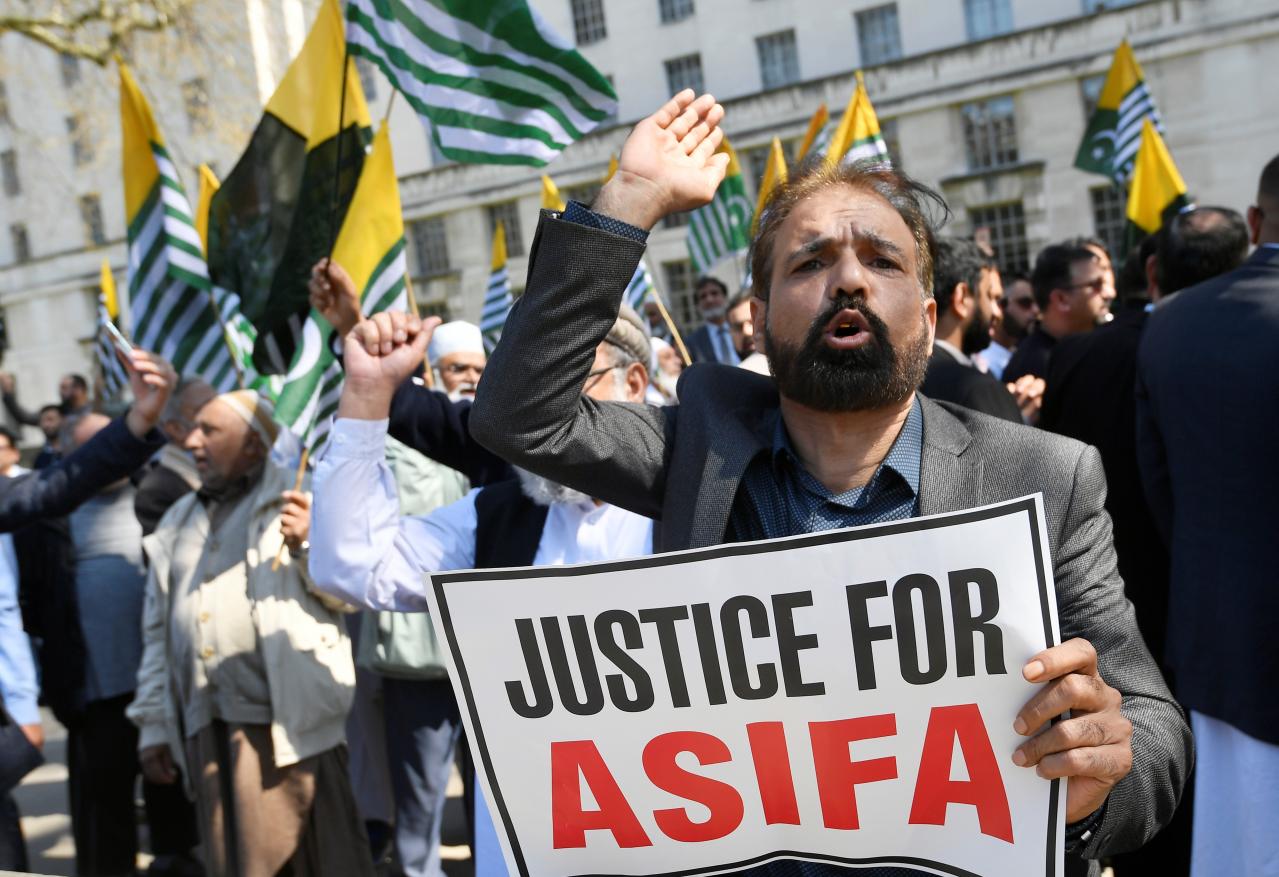 The group also included representatives of several Indian women’s groups in the UK, wearing white as part of their silent protest.

“I am Hindustan, I am ashamed,” read their placards alongside banners such as ‘Beti Bachao’ and ‘Politics minus rape’.