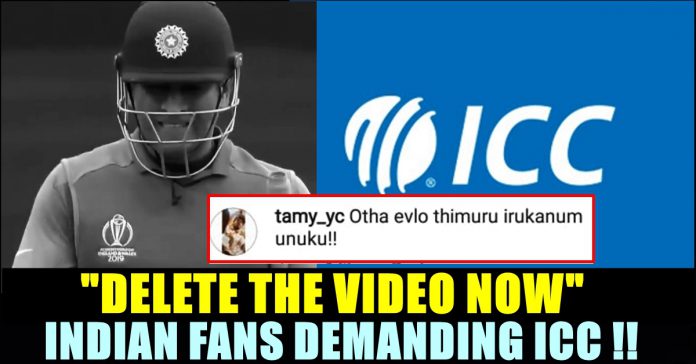 Team India completed 1 year of the tragic lose against New zealand in the semi finals of 2019 world cup tournament. It was the day Dhoni, the Indian cricketer who has a huge fan base in world cricket appeared for the last time. Since then, the cricketer made himself unavailable for the next matches played by team India. His run out in the semi-finals match against the Black caps shattered the dreams of billions of Indian fans. It devastated the fans in the stadium as there was a pin drop silence in the Manchester crowd. The two day international world cup semi finals match went in favours of the black caps due to the top order collapse for the first time in that tournament. Three of the top order batsmen scored just 1 run and got out while chasing just 240 runs in 50 overs.

Kane Williamson’s brilliant captaincy was lauded all over the Internet. When India struggled at one point and seemed to lose the match by large margin, it was Ravindra Jadeja and Dhoni’s partnership which kept the hopes of billions alive. However, Martin Guptil’s sharp throw at Dhoni’s end while he was trying for a second run costed the match for India.

Now, in the first anniversary of this historic match, social media handles of ICC, world governing body of cricket, edited a video of the moment and uploaded it in a way of appreciating New zealand for their victory. They compared Guptil with The Terminator and added the clipping of Dhoni walking off to pavilion in disappointment.

Watch the video which was uploaded by ICC here :

This video from the head of world cricket hurted the feelings of Indian fans that they started thinking that ICC is acting biased against Indian team and fans. Many of them demanded the social media handle to delete the video immediately. Check out some of them reactions below :

Aren’t you done already ICC? 🙄 This is absoluteee torture, breaks my heart every time I see it 💔

@ICC please stop it it's hurting us 😥

Why do you keep on posting this video man it's already torn many indian fans apart, can you please stop it here

You need to STOP posting this. We haven't moved on yet.

Comment your views on these reactions of Indian fans even after one year !!