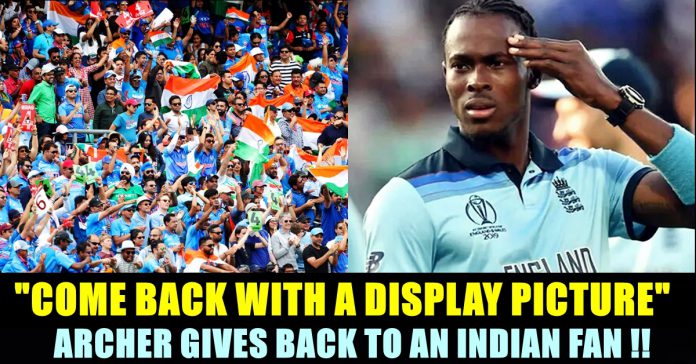 The 25 year old English cricketer Jofra Archer was omitted from the England team due to an unauthorised trip to home after West indies won the first test in Southampton. The cricketer has said that he was racially abused after his breach of Coronavirus protocols and is struggling to get into the right frame of mind to play in the decisive first test against the Jamaicas.

The cricketer has said some of the social media criticism he received had been racist and felt uncertain about taking the field on Friday for the final test, at old trafford. “I need to be 100 percent mentally right so that I can throw myself into my cricket this week” Archer wrote in his Daily mail column. “If I play and don’t bowl 90 miles an hour, it is going to be news, If I don’t bowl 90 miles an hour for long enough, it is going to be news” the pace added. Archer further said that England can manage without him as it has enough bowling sources.

“I give 100 percent every time I go out there, I don’t want to go out there unless I can guarantee doing that” he said who was fined for breaching the rules. He was also issued with a written warning. “Some of the abuse I have taken over the past few days on Instagram has been racist and I have decided enough is enough… So I have forwarded my complaints to the ECB” said Archer who added that he haven’t committed a crime.

“I know what I did was an error of judgement and I have suffered the consequences of that. I haven’t committed a crime and I want to start feeling myself again” Jofra said in his statement.

“Some of the abuse I have taken over the past few days on Instagram has been racist and I have decided that enough is enough.”

On seeing about this issue, one of a fan who belong to India, alleged that Jofra Archer is dragging “racism” in everything. The twitter user also compared the trolls received by Indian players with what Archer faced. He said that it is good thing Jofra doesn’t play for India.

Reacting to this comment, Jofra Archer asked the user to comment on such things once he has use his original name and picture. “Come back when you can use your real name and real display picture” read the reply of Jofra.

Check out his reply :

Come back when you can use your real name and real display picture 😘#warrior https://t.co/RuRoREyhzG

Indian Cricket Captain Virat Kohli along with his wife and actor Anushka Sharma visited the Melbourne Park on Saturday to catch some tennis action...

Kamal Publicly Criticizes The Ruling Government In BIGG BOSS !! : Check Out What People Has To Say !!

Nearly two weeks after the much awaited second season of Bigg Boss Tamil, the popular reality TV show that was all the rage last...