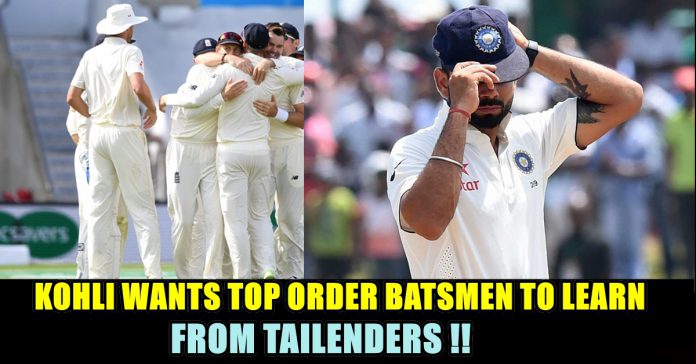 Ben Stokes’ in-dipping delivery proved to be the telling blow for the visitors as it scalped the best batsman of the match, Virat Kohli. Once he was sent back into the hut, it was all one-way traffic as England sealed the enthralling Test match at Edgbaston to take a 1-0 lead in the five-match series. Stokes proved once again why he is rated so high as an all-rounder by picking three wickets on the fourth day. However, one has to feel for Kohli who scored 200 runs in the game but ended up being on the losing side. 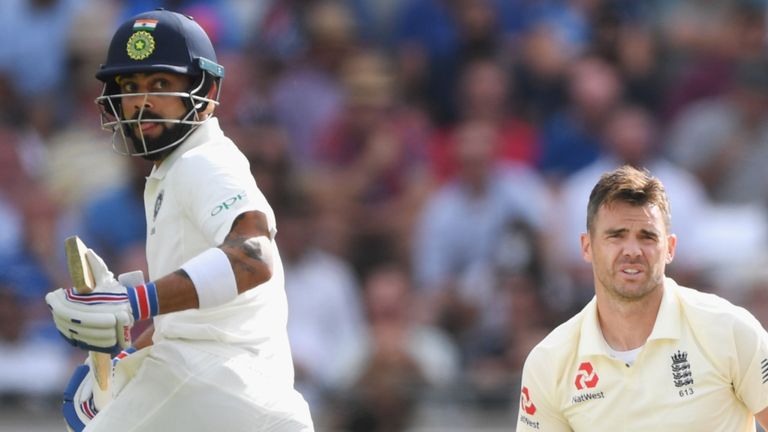 It all started with the home side winning the toss and opting to bat first. Joe Root and Jonny Bairstow slammed half-centuries in the first innings but the run-out of the former turned the game on its head and they were bundled out for 287 runs.

The first innings wasn’t easy for India as well. They were reduced to 182/8 thanks to Sam Curran and Ben Stokes’ incisive spells. But they were undone by the brilliance of Virat Kohli who scored his 22nd Test ton. His 149 helped them restore parity and stay in the game. 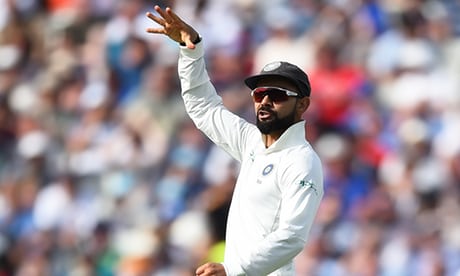 Sam Curran wins it for England

The second innings was all about the Indian bowlers as they hit immaculate lines and kept the opposition on the tenterhooks. Ishant Sharma‘s sensational triple-wicket over had the hosts reeling at 87/7  but then a certain 20-year-old showed his batting prowess. He took the tail alongside him and propelled England’s total to 180 which set the target of 194 runs for India. Curran himself scored 63 runs of the last 93 runs scored by his team.

It was always going to be difficult with the ball moving throughout the match. The openers fell cheaply once again which brought Virat Kohli in the middle. He once again didn’t disappoint and scored a half-century in the chase. But yet again, the batsmen failed to come to terms with the swinging ball as India eventually fell short of the target by 31 runs. 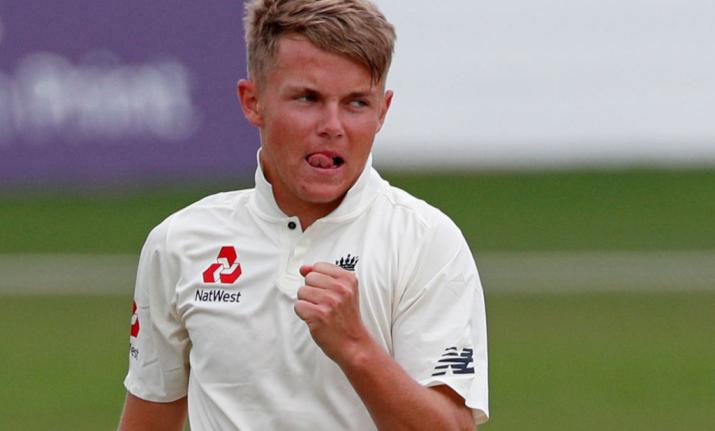 I can’t take it all at the moment. It is all very special and feels like a dream. Just couldn’t get any sleep last night. Obviously when Jimmy took Karthik out first up it gave us a lot of confidence.

Luckily for Stokesy, he got a perfect spell this morning and changed it for us. I just try to take it like another game, but it is quite hard with the Barmy Army chanting out there, but I look to take it all in and am trying to learn in only my second game.

To be honest, I looked to learn from how Virat batted with the tail in the first innings. I spoke to Kumar (Sangakkara) the other day in the hotel and he told me a thing or two about batting with the tail and was lucky it all came off the middle in the end.

This (Test cricket) is what I always wanted – playing Test cricket in front of these big crowds, with these guys I have grown up watching and I am looking to learn everything I can from guys like Jimmy, Broad, Stokes everyday.

I am thrilled to bits. It has been a fantastic team performance despite the ups and downs the credit must go to the bowling unit more than anything. The easy thing to do is to criticize the batters, but it isn’t easy taking 20 wickets on a pitch like this.

Coming into today, it was going to be stiff challenge and we knew that if we stayed calm throughout, we would give ourselves the best chance to win. 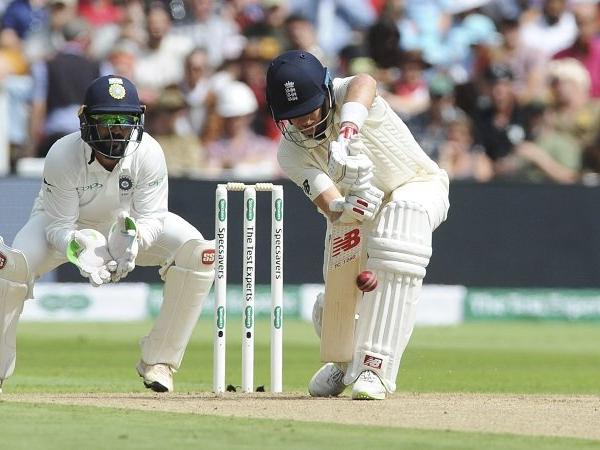 I felt quite calm, might not have appeared to be but it is something I need to work on. That is what the atmosphere is all about, this is why Test cricket is this special – it throws up so many things through the day and we did a good job in staying calm and kept believing in each other.

We were really good in staying quite calm, trusting the stuff that worked for us previously and we made sure we didn’t get ahead of ourselves. After three days of fantastic cricket from both sides, it gives us a lot of confidence going into the next game.

It is a great start for us in the series, we know there is a lot of work to be done, but it gives us a lot of confidence. It shows that there is so much more than just skills, runs and wickets when it comes to Test cricket at this level.

You need some inner belief and steeliness that we have a lot in our dressing room. It is a great time for us and hopefully we can use it going forward. Sam Curran has a great amount of skill; great having him in our side and very exciting and promising cricketer.

He just didn’t seem to feel any sort of pressure with the bat and we just love having him in our side,quite like having two Ben Stokes in the side.

He is only in his second Test and it is easy to get carried away, but a great prospect for us. It is easy to make an emotional decision right now (for the next Test), but we need to sit outside with the team management and decide for Lord’s depending on the surface.

First of all, it was a great game of cricket for all those watching at home and here in the stadium. Glad to be a part of such an exciting Test match; there were a couple of moments when we came back.

A team like England doesn’t let you do it everyday, they were relentless and they made us work very hard for our runs. It sets up the series nicely and gives us what we need to do going forward. Our shot selection could have been better.

We definitely need to apply ourselves better with the bat, but England came back superbly. We need to take the positives and move forward. We can be proud as a team to start against England in England the way we have. 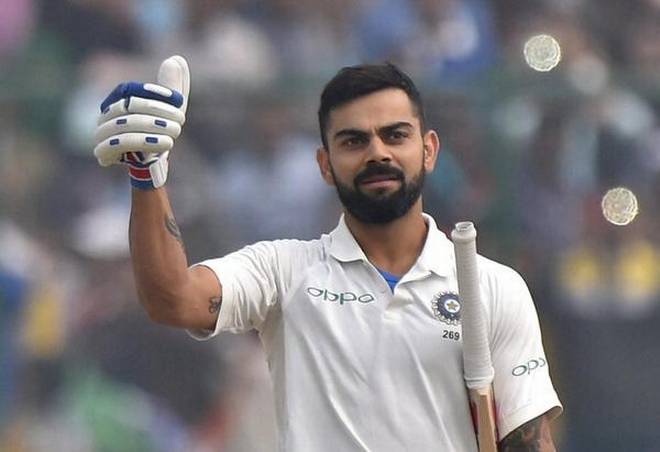 There is a lot to learn from the lower order in the first innings, Ishant and Umesh got stuck in the middle. Ishant showed character here, Umesh hung around with Hardik again.

There is no hiding from this game; we need to be positive, relentless and whatever the feelings are would come out now in no time. We need to take the negatives out and build on the positives as we go on.

From the team’s point of view, my innings in the first innings is right up there, perhaps second after the knock in Adelaide; it is something I will fondly remember. Had we won it would have been the best.

It always feels good when you can pull your side close to the first innings totals the oppositions have. One more partnership and we could have pulled this home.

We need to think how to regroup and get back for the next match. Test cricket is my favourite format, there is nothing better than testing yourselves over five days against top quality oppositions and people watching it too should love watching it. I am sure every player playing Test cricket would vouch for it as well.