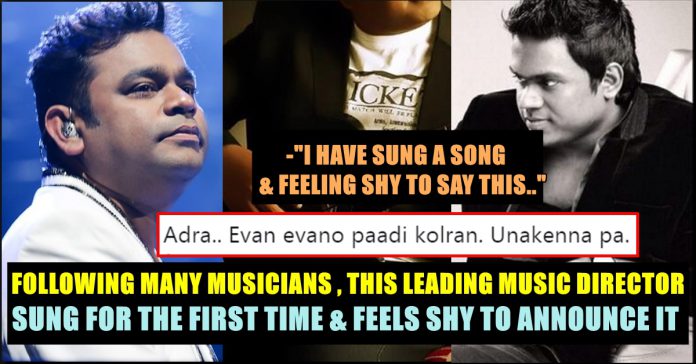 Almost every music director in Kollywood have sung in their own composition and some even sung for other composers as well. From Ilayaraja and A.R Rahman to Anirudh and D.Imman every composers have a separate set of fan following for their singing alone.

One of the very few music directors such as Harris jayaraj and Mohammad Ghibran has not tried their voice in singing till date. But this recent tweet from Ghibran who have wonderful music through films like Vaagai Soodava, Viswaroopam 2 announced that he is planning of singing a song. His sweet tweet won the heart of many of his followers  and led them to insist it on the shy composer. 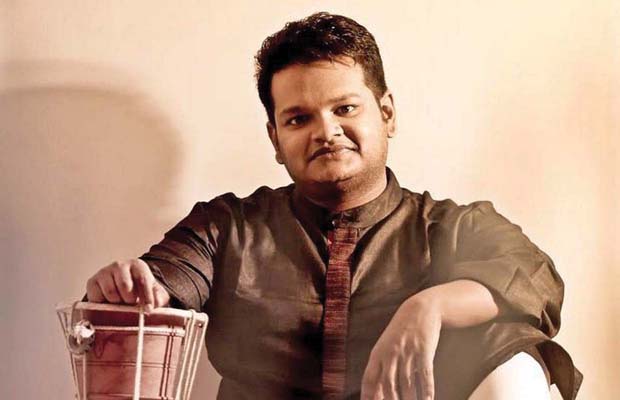 His tweet read as “Hello Friends, I’m announcing with a kind of feeling-shy to have sung a full song for the first time! Will share the info soon. Ps: if anyone would oppose, I’d like to hear from you here😂 #musicians #music #Singing”

Hello Friends,
I’m announcing with a kind of feeling-shy to have sung a full song for the first time! Will share the info soon.

Ps: if anyone would oppose, I’d like to hear from you here😂#musicians #music #Singing

It is really rare to see a musician hesitating to sing a song in his own composition where many actors with weird voice have already done it.

On seeing the tweet many followers expressed their consent and hoped that the song will take place in upcoming Vikram’s Kadaaram Kondaan. Check out some of the reactions here :

Sung a full song isn’t a problem. Some of d music directors have sung, singing all the songs in the entire album. So don’t b shy

I liked your humming in many of your songs

Ghibran was born and raised in Coimbatore. When he was in the tenth grade, his family relocated to Chennai after his father suffered a severe loss in business. He had to discontinue studies and do several jobs to support his family. He was introduced to film music by director Sarkunam for “Vaagai Soodava Movie”. It is said that after hearing “Sara Sara Saarakatthu” song from Vaagai Soodava he was offered soundtrack work for Vishwaroopam II by Kamal Haasan, as well as for his next three projects, Uttama Villain, Thoongavanam and Papanasam, the Tamil remake of Drishyam.