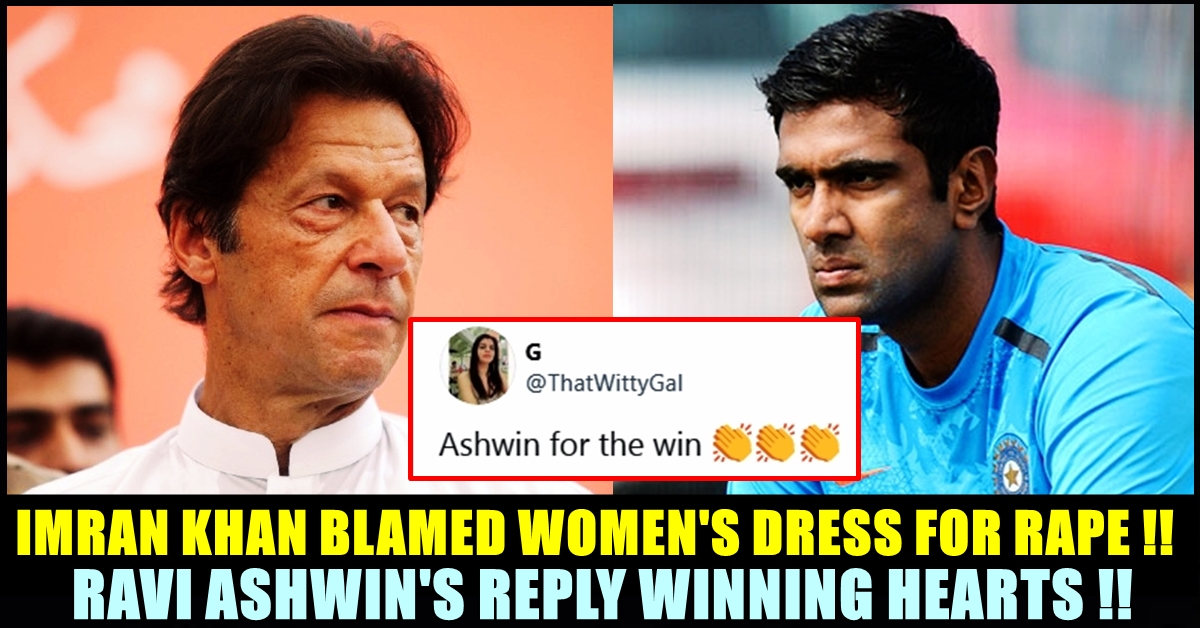 After the statement of Pakistan Prime minister Imran khan linking the rise of rape cases with “vulgarity” made headlines across the globe, Tamil nadu based Indian spinner Ravichandran Ashwin schooled him by saying that “doing better parenting” is the only solution. The tweet of the spinner is receiving accolades from the users of the micro blogging social media site.

Prime minister of Pakistan and former cricketer Imran Khan blamed a rise in rape cases on how women dressed and caused an outcry in the country. He made the controversial statement during a Television live and pointed out the country’s strict laws against rape when he was asked about the government’s role in preventing sexual violence against women.

He also asked the women of their country to do their part to prevent sexual violence. “What’s the concept of Purdah?” he asked. “It is to stop temptation. Not every man has will power. If you keep on increasing vulgarity, it will have consequences.” he said which irked the activists and many public people. The human rights commission of Pakistan, an independent group demanded an apology from him for his remarks. They called his statement as “unacceptable behaviour on the part of a public leader”

Reacting to the wide outrage, office of Prime minister Imran Khan said that the statement of the leader was misrepresented. However, the outrage continued take place in social media platforms. Along with the public, Indian spinner Ravichandran Ashwin who is a father of two girl children, in his tweet, said that better parenting will put a full stop.

“Let’s do better parenting please . “Today will determine our tomorrow’s”. the cricketer said in his tweet which garnered 10 K plus like sin no time. Check out his tweet below :

“Ashwin for the win” wrote a girl to support the tweet of Ash whereas another one said “So true, the fact that some people taking issues for granted should be finished. This can only be achieved with better parenting.”

So true, the fact that some people taking issues for granted should be finished. This can only be achieved with better parenting.