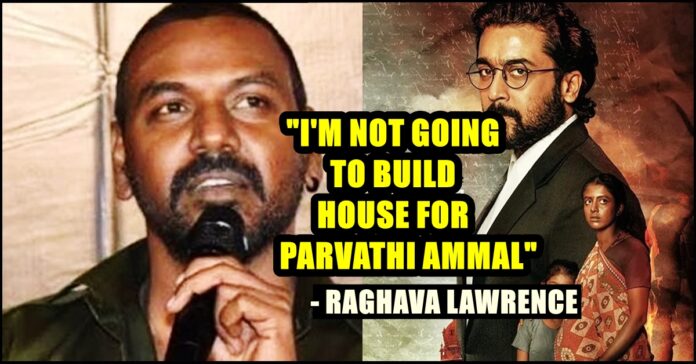 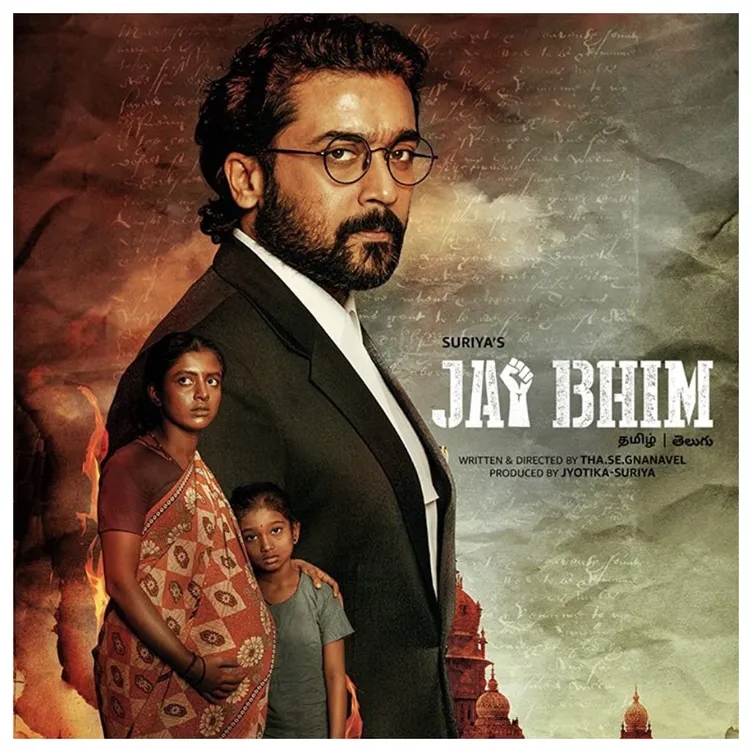 On 8th of November, Lawrence announced that he is going to provide a new house for Parvathi Ammal, life story of whom was made as a film by actor Suriya’s 2D entertainments. The actor who became one of the leading heroes of Tamil cinema through his horror flicks, is very much known for helping poor, needy and specially abled people. The announcement made by the actor was welcomed by public and he received accolades from all over the Internet.

The actor said that he became aware about the hardship Parvathi Ammal going through in real life after watching a video made by “Valaipechu” YouTube channel. Bismi, Sakthivel, Anthanan who are running the channel, met Parvathi Ammal in her village and presented her a gold chain. They also reported about the state of her rental house through their video and asked actor Suriya to provide permanent solution for her survival. Actor Suriya donated Rs. 10 lakh for Parvathi Ammal as a fixed deposit in a bank for his part.

Now, after knowing about the Tamil nadu government’s decision of building a new house for Parvathi Ammal, Lawrence said that he has made changes in his decision. “I met Parvathi Ammal in person and her family informed me that they have a land in a village named Keezha natham near Vikramangalam of Ariyalur district and asked me to build a house for them there” Lawrence said through his post. 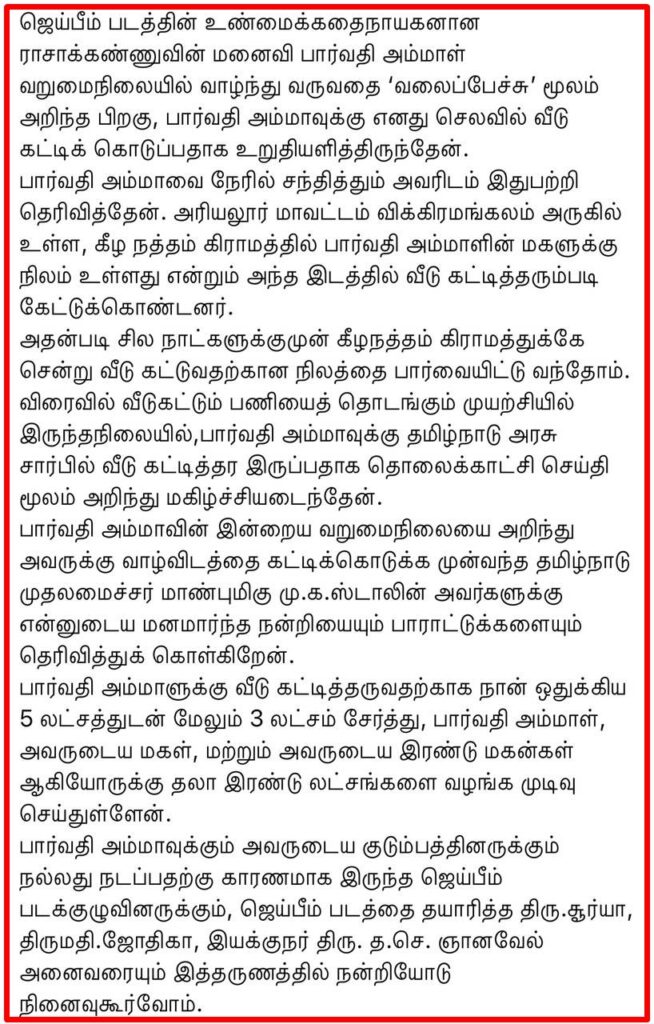 “Recently, we went to Keezha natham village and saw the land to start the construction works. While we are about to start the work, I came to know that Tamil nadu government is planning to build a house for Parvathi Ammal and felt happy. I whole heartedly appreciate and thank Chief minister MK Stalin who thought of helping Parvathi Ammal as she is struggling financially today” said Lawrence in his post further.

“Adding Rs. 3 more lakhs to the 5 lakh of amount which I allotted to build a new house of Parvathi Ammal, I have decided to give Parvathi Ammal, her daughter and her two sons 2 lakh each” said the actor in his public note and added that he thankfully remembers Suriiya, Jyothika, director Gnanavel and the “Jai Bhim” film crew at the moment for causing the good deeds for Parvathi Ammal and her family.

“Jai Bhim” released on Amazon Prime on 1st of November with much expectations among fans. Based on a true event that happened in the year 1995, the film concentrates on showing light to the hardship people of tribal community went through at that time. Exposing the police brutality, the film shows how lawyer Chandru won a case without receiving a penny from his client who is a wife of the victim. Though the incident took place 25 years ago, it looks still relevant due to the police atrocities that are still taking place in the state.

“You Are Terrible At Acting & You Have Fans Only For Your Hot Photos: – Fan Commented !! Check Malavika’s Reply

Malavika Mohanan conducted a chat session on Wednesday and answered to many questions of her followers who wanted to know about her personal and...