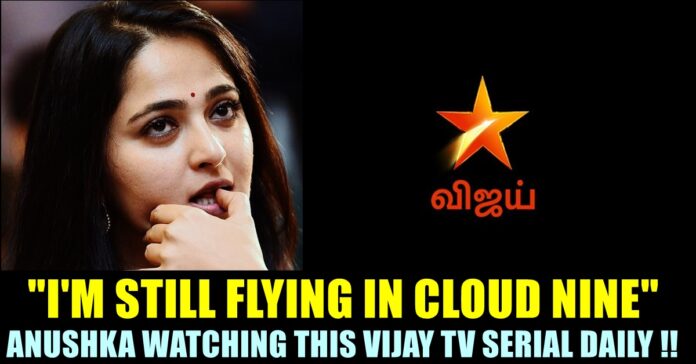 Being one of the most celebrated heroines of country India, actress Anushka Shetty who is currently busy acting in a number of films, is ardently following a Vijay TV serial and even found time to personally call the lead actress of the serial and appreciate her for her work in it. TV star Pavithra Janani who is playing lead in the serial, happily shared the post in her Instagram handle and expressed her gratitude for the actress who is generous enough to call her personally to appreciate.

“Thendral Vanthu Ennai Thodum” is a Vijay TV serial which is streaming at 3 PM on week days. In the Tamil serial which is a remake of the television series Khelaghor, which aired on Star Jalsha, Pavithra Janani and Vinodh Babu are playing lead roles as Abinaya and Vetriselvan respectively.

The serial revolves around an educated woman who believes in tradition and rituals and a rogue who ties mangalsuthra to her in order to confront her views. On Sunday, Pavithra uploaded a post revealing that she got a call from the “Bahubali” actress. The actress said hat she thought it was a prank at first and became so happy after knowing the truth. Pavithra also said that Anushka is a regular watcher of “Thendral Vanthu Ennai Thodum” and expressed her gratitude to the renowned actress for her generous gesture.

“Late post ; as it needed so much time for me to translate my excitement into words. Amidst a long tiring day as a boost of fresh air I received a call from the enchanting @anushkashettyofficial mam , our very own Bahubali actress Devasena!” Pavithra wrote though her post. 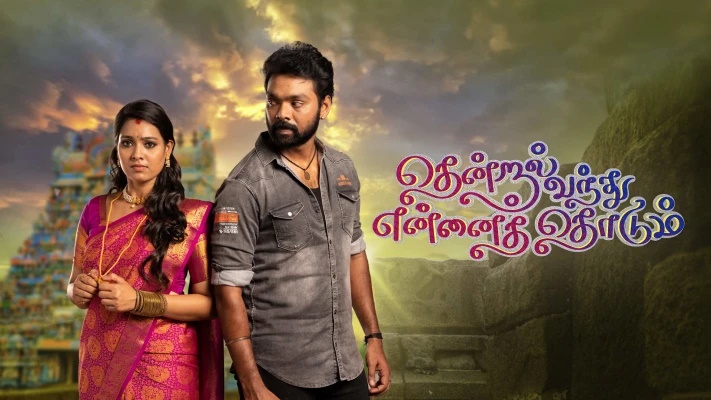 “It was surreal, felt like a prank and was a dream like day ever. It was an appreciation call for thendral vanthu ennai thodum! She was generous enough to make the effort and praise us and the respect for her grew beyond boundaries. She also mentioned she is a regular watcher of our series and compliments received by her will be etched in my heart forever ❤️ I’m still flying in cloud nine even when writing this On a tired day I think of your call and all my lethargy just flies off like magic Thank U 😍” she added.

On the work front, Anushka who was last seen in a bilingual film named “Silence”, is expected to be seen in films such as Chandramukhi 2, an untitled film film Naveen Polishetty etc.