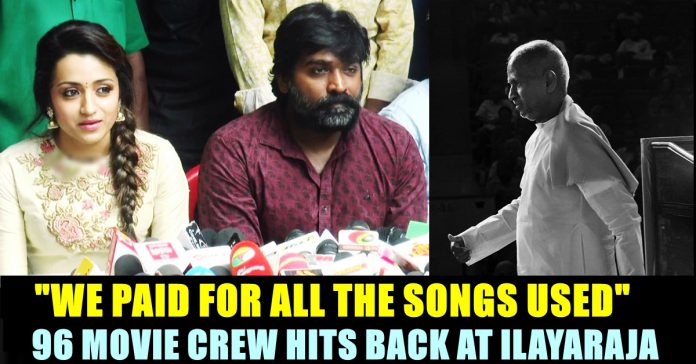 Talking about 96 movie crew using old hit songs of him, Ilayaraja in an interview said that what the movie crew done is completely unethical.

“When they don’t have the potential to create a new song to impress the audience, they are using a popular old song to connect with the audience. In “Yaadan Ki Baarat” movie, R.D Varman composed a fresh song to help themselves with the plot. He composed his own song as a 20 year old one. If the plot requires a 1980’s music, a music director have to compose it himself. This shows their impotence in making fresh compositions” Raja said.

Now in a way of reacting to this, one of the 96 crew member replied to one of the social media user saying that the 96 crew did every procedure to use Ilayaraja’s songs. Named as Aarthi she wrote “Am from Team ’96. For the record . We have paid the royalty for every song of raja sir that has been used. With due permission @Premkumar1710″

Am from Team ’96. For the record . We have paid the royalty for every song of raja sir that has been used . With due permission .@Premkumar1710 https://t.co/OtlWXz3WoX

According to The News Minute, Premkumar who is currently doing the Telugu remake of 96 also said that he used Ilayaraja’s songs with due permission. However it looks like Ilayaraja has not seen the movie 96 in which they paid a tribute to veteran musician for the immense memories he gave to the music lovers. This created a huge debate in social media where one set of people are bashing Ilayaraja for his arrogance and the other set of people backing his statement. 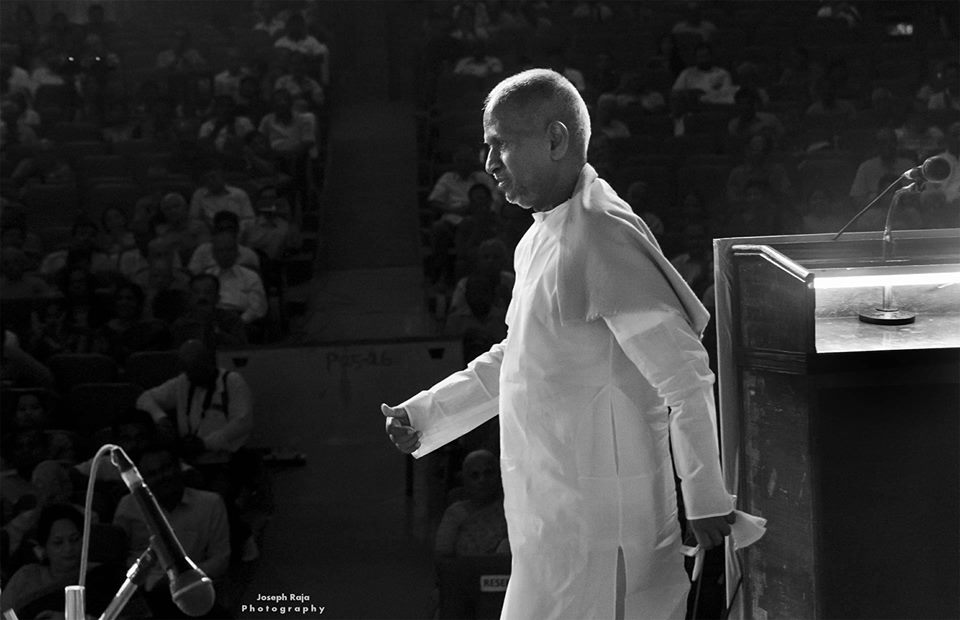 Sudhir Srinivasan who hosted the show also released a statement from his side saying that the veteran had not mentioned the crew members. He also assumes that Raja would not have watched the movie “96”.

About all the Ilayaraja outrage, I’ve said this a few times in tweets, and once under the YouTube video. Told The Newsminute this too. It probably makes sense to just register it here, one final time. pic.twitter.com/8y7FniQqSh

96 is a 2018 Indian Tamil-language love story written and directed by C. Prem Kumar, starring Vijay Sethupathi and Trisha Krishnan. The film, the directorial debut of Prem Kumar, was produced by S. Nanthagopal for Madras Enterprises and features a score and soundtrack composed by Govind Vasantha. Mahendiran Jayaraju and N. Shanmuga Sundaram handled the cinematography and R. Govindaraj edited the film, while the costumes were designed by Subhashree Karthik Vijay. 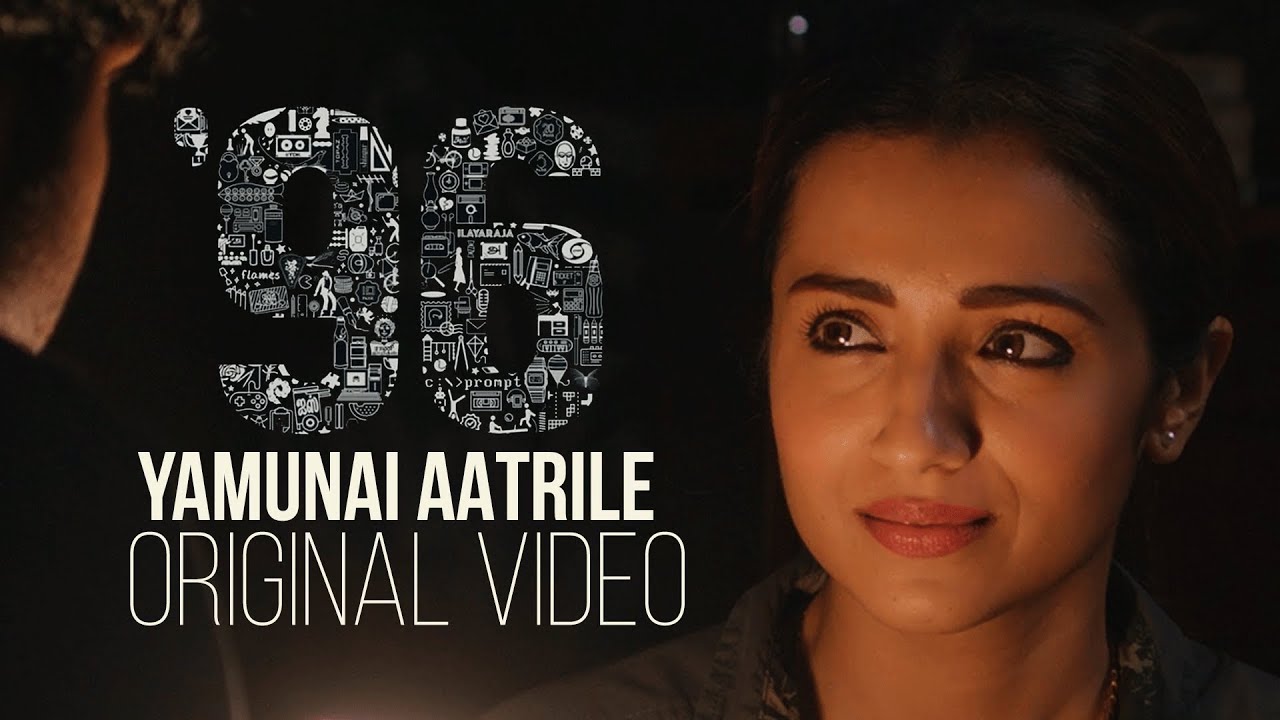 The movie apparently used some of the legendary music director Ilayaraja’s old hit songs as a tribute and as a tool which elevates the movie’s plot. The movie became a blockbuster and the remakes of the movie in other languages are in full swing.

These songs are used in the movie 96. Though they have not used it completely, few verses of them took place ion the movie. Now to our shock, the veteran musician Ilayaraja seems to be unhappy about the movie crew making use of his songs to connect with the audience.