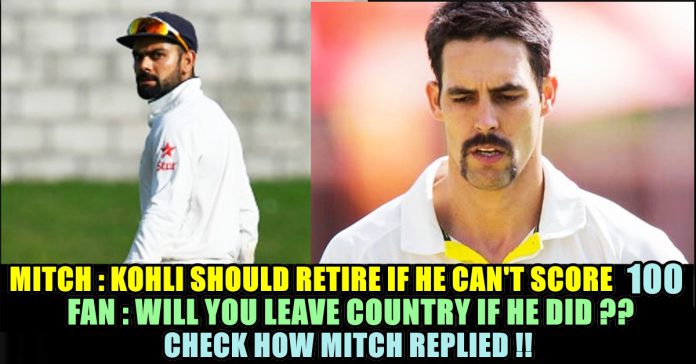 India and Australia are up against each other in Melbourne Cricket Ground (MCG) for the third Test. The pitch so far has been very easy to bat and the scorecard of Indian team reflects it really well. At the end of first day’s play, India added 215/2 in 89 overs.

For India, it was Cheteshwar Pujara who scored thriving 68* runs along with debutant Mayank Agarwal’s 76 runs. Indian skipper Virat Kohli is batting on 47* and as per the former Australian pacer Mitchell Johnson, if he doesn’t get a hundred here, the India no.4 batsman should retire. Johnson posted a picture of a road on Twitter, indicating how the pitch has been till now. A fan replied saying the Aussie knows Virat can score a ton here and that’s why he is making excuses. On which, the 37-year-old said if Kohli doesn’t get a hundred on this pitch, he should quit cricket. 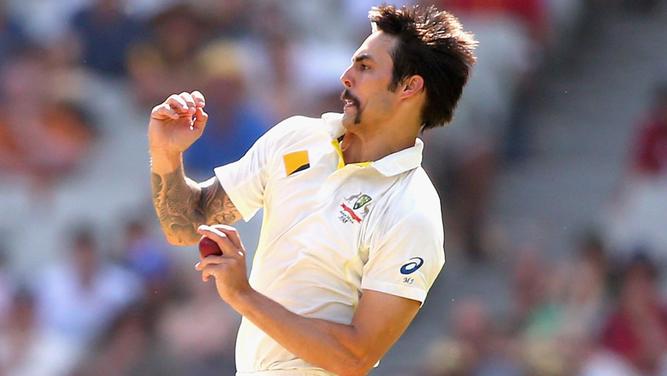 No excuses, I’m not playing. If he doesn’t score 💯 plus on this, he should retire 😁

Not a problem.. He already achieved everything at 30 which you aren’t at 36 .. feeling sad about you 😂😂

I bet I would have. The wicket would have been the same

No wonder you retired. Who would want to be a fast bowler when grounds throw up pitches like this!

Good toss to will for sure. India will look to post 450+, my feeling is Indian in best position to win but draw is also on the cards but I hope I’m proved wrong & Australia win

I think nobody knows virat better than you mitch. if he scored 100 @MCG against you, then u can count on him this time, current aussie attach is no good unlike last time.
Sit back and enjoy the bat talk of virat mate. cheers 😎

You mean, let the bat and mouth talk, right?

If Kholi scores 💯 will you dissappear from Australia 🇦🇺?? This is my challenge to you pic.twitter.com/x1z70TEa0Q

Hehehehe why would I want to leave this amazing country. Kholi?? You must be a huge fan or this is a prank.

The record-highest partnership of the four match test series between Virat Kohli and Cheteshwar Pujara came after an impressive show by debutant Mayank Agarwal. Agarwal scored 76 runs off 161 balls and gave India a confident start with all-rounder Hanuma Vihari. Even though, Vihari managed to make just eight runs, he looked fearless while facing the daunting Australian pace attack with the new cherry. 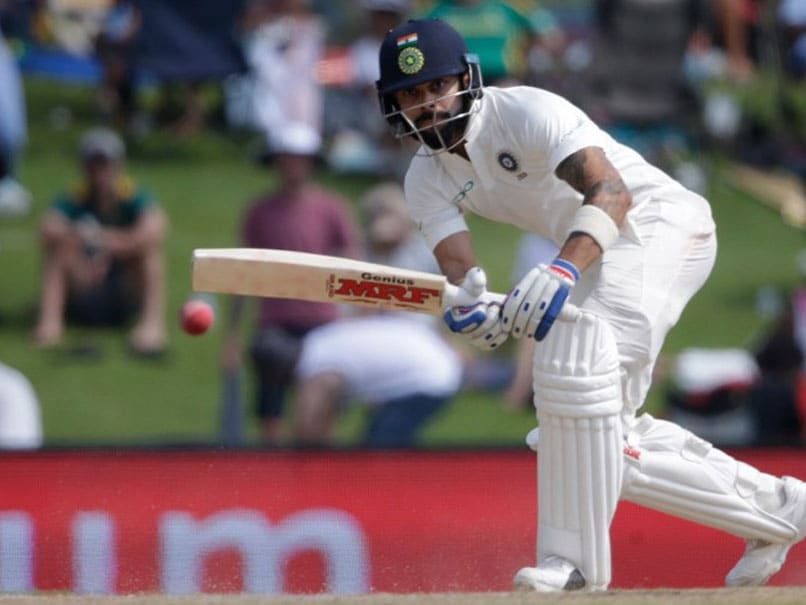 The new opening pair of Mayank Agarwal and Hanuma Vihari established a 40-run opening-wicket partnership stand. For Australia, Pat Cummins was the only successful bowler with two crucial scalps in Vihari and Agarwal. The four-match Test series is currently tied at 1-1. After suffering a 146-run defeat in the second Test in Perth, India after a week’s break have managed to put their best foot forward. For the Boxing Day Test, India dropped openers KL Rahul and Murali Vijay to give youngsters Vihari and Agarwal a chance to open the innings. While there was a temptation to play all-rounder Hardik Pandya, a fit-again Rohit Sharma will give the cushion of an extra batsman. Indian team management in a departure from its convention, announced their playing XI, a day prior to the match ending speculations about the possible team combination.