News Daily Identity Of The Man Who Killed The 24-Yr Old Woman Is Revealed
Share on Facebook
Tweet on Twitter
When you know that humanity is maybe coming to end, and you
can do nothing but just talk about it.
I can’t even start to express how very angry this news has
left me. A 24-yr old was murdered brutally in broad day light, and no one
bothered to do anything about it. The passengers boarded the next train, the
shopkeepers just waited for police to come.
The girl was being attacked and hacked to death. All her
screams just fell on deaf ears. People who witnessed the gruesome incident just
chose to ignore the whole scene and board their trains. And the attacker who
did this, just walked away after committing this sin, with no fear whatsoever!
The girl was identified to be Swathi, 24 yr-old, from
Nungambakkam. She boards the train everyday for work to Mahindra Tech City. She
was dropped at the station by her father Sreenivasan. As she was waiting for
her train, the attacker approached her and started hacking her with a knife.
This took place at around 6:30 am, and her body was not
attended to until after 8:30 am. When asked to the police about this, they said
that no policemen are assigned at the station from night to morning 7 am due to
shortage of staff.
And now finally there is a video footage of the guy who
dared to do this act. He was wearing black pants and a green shirt, carried a
bag along. Watch the video below.
What I really can’t contemplate is, how did he have the
heart to do such a thing. And on top of that, did it with no hassle and walked
away so coolly with no trace of regret or fear. And to all those people who
stood and watched this, I hope you have peaceful sleep every night. 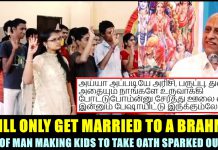