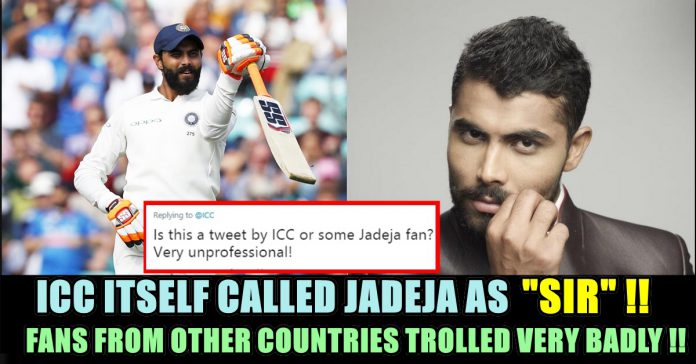 Left-arm spinner Ravindra Jadeja got his first international game on the England tour at the fag end of the series when he replaced injured Ravichandran Ashwin in the fifth and final Test at the Oval. The 29-year-old made full use of the opportunity by shining with both the ball and bat to keep India in the game. However, the International Cricket Council (ICC) found itself at the receiving end after it erroneously referred to the cricketer as “Sir”. Jadeja took 4 wickets – all key ones – in England’s first innings and then played a crucial knock of 86 not out at No.8 to give India a chance in the dead rubber. He added valuable 77 runs with debutante Hanuma Vihari (56) for the seventh wicket after India lost 6 wickets for 160 and then 32 runs for the last wicket with Jasprit Bumrah (0) to take India to 292, falling 40 runs short of the opponent’s first innings score of 332. Jadeja then took the wicket of Moeen Ali in England’s second innings as the hosts ended Day 3 at 114 for 2, taking an overall lead of 154 runs. 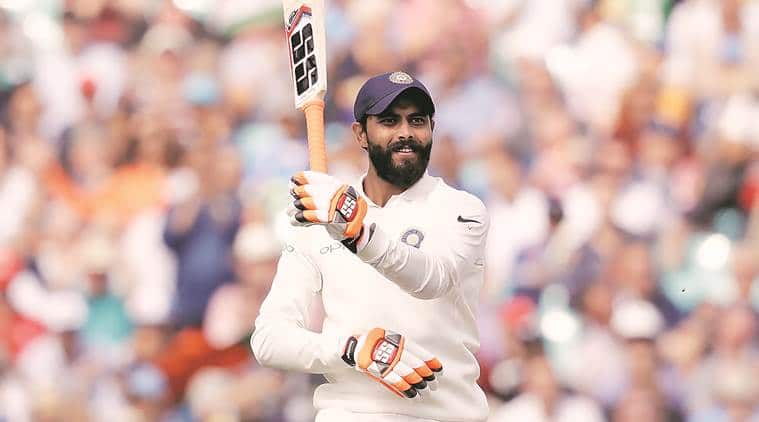 The ICC, in a tweet on Sunday, called Jadeja as “Sir”, tweeting, “Sir Ravindra Jadeja take a bow! The all-rounder is shepherding the tail expertly, and is currently unbeaten on 86, having unfurled his trademark swashbuckling celebration on reaching 50. India is 292/9 and trailing by 40.”

The all-rounder is shepherding the tail expertly, and is currently unbeaten on 86, having unfurled his trademark swashbuckling celebration on reaching 50.

The fans were understandably amused to see the cricketing body doing so after Jadeja hit his ninth Test fifty. In India, calling somebody “Sir” is not constitutionally approved and the prefix of “Sir” that Jadeja has is a joke in India’s cricketing circles. Even former Indian captain Mahendra Singh Dhoni indulged in the joke in the past about his Chennai Super Kings mate Jadeja and the latter has taken it sportingly. The Twitterati came up with diverse reactions to the ICC’s tweet. While some read it with a suspicion that the ICC’s account is run by some Indian, others felt that Jadeja didn’t deserve such an address. There were even others who felt that the ICC’s act was “derogatory” of sort.

Here is what the Twitterati had to say about ICC’s tweet on Jadeja:

Is this account run by an Indian? Very biased.

Sir Jadeja just show that patience… Which made him e complete test cricket all-rounder …….. He just played an emerging innings….

Is this a tweet by ICC or some Jadeja fan? Very unprofessional!

So even @ICC has given @imjadeja the honarary title of Sir…