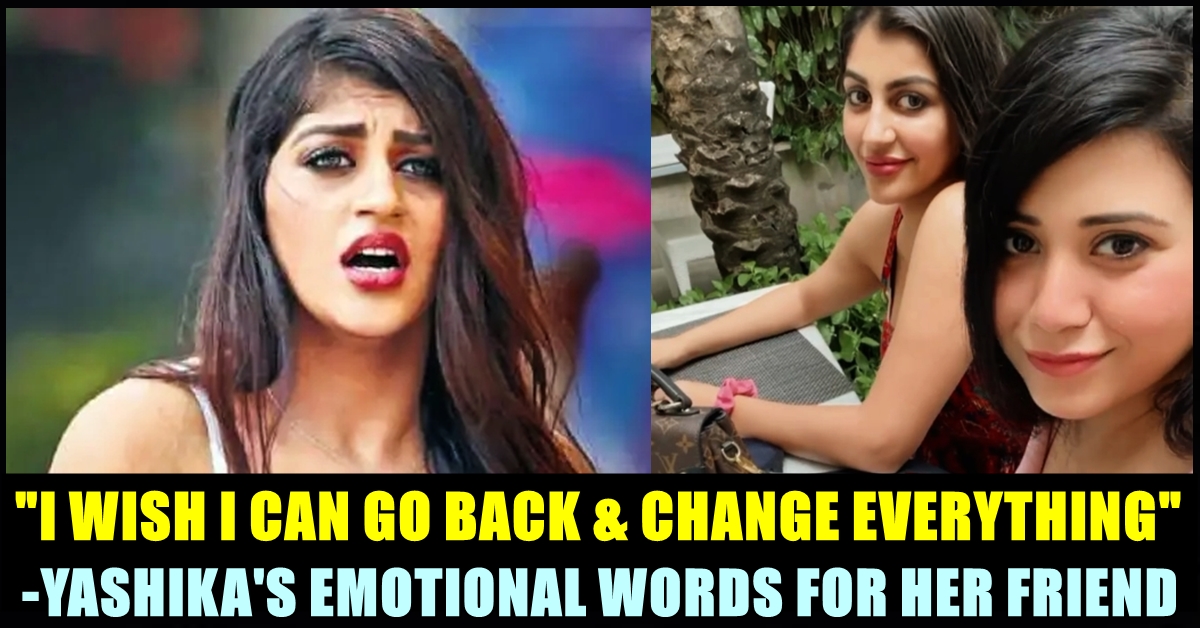 On Saturday, Tamil actress Yashika came up with an emotional post expressing her feelings over her friend Valli Chetty Pavani who died due to an accident that took place recently. The actress said that not a single day has passed by easily and wished to go back in time and change everything. Yashika further mentioned about what all she is missing due to the loss of her best friend and said that her heart is not accepting about the demise of her best friend.

The former Bigg Boss contestant is currently getting treatment after meeting with an accident that took place in the midnight at East Coast Road near Mahabalipuram. The actress’s friend named Valli Chetti Pavani who travelled with her died on the spot. The car, reportedly swerved from its path and struck the median strip and the images of the damaged vehicle were doing rounds in social media platforms.

Ever since the accident took place, Yashika has been updating emotional posts and stories in her official Instagram handle to express her grief over her best friend’s demise. Recently, for the first time after the tragic accident, a film of Yashika released a post saying that one of her recent films is going to see the light. First look of the film in which Yashika paired up with veteran director and actor SJ Suryah, is going to get released on 10th of September.

In the recent post, the former Bigg Boss contestant said that she is missing her biggest well wisher and soul sister. “My biggest well wisher and my soul sister. I miss youuuuu 💔 !! Not a day has passed by easily , or without missing youuuu . I just wish I can go back in time and change everything… I just missssss youuuuu so much . All these memories you gave me before leaving us , I’m so grateful for it . You’re an angel now . Watching us from above ☁️⭐️♾ . Pawww you were a gem and I broke you … always will miss u and our memories #babyloo” read her post.

“The biggest thing is you’re not here anymore and heart is not ready to accept … I miss u talking to me about food , desserts . I miss doing your makeup .. miss spanking u . Just everything . I pray you’re in a better place and I’ll see u soon 💔” she further added in her post in which she attached a GIF video of herself with Pavani.