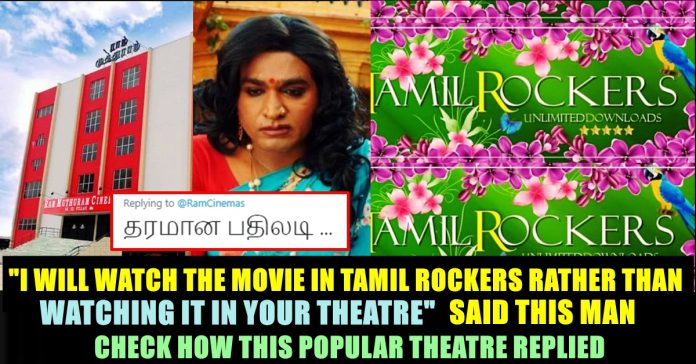 “I Will Watch Super Deluxe In Tamil Rockers & Spend The Money To A Beggar” Said This Man !! Check How This Theatre Replied !!

As the release date of director Thiagarajan Kumararaja’s Super Deluxe is nearing, there is a sense of excitement in the air. The film boasts an ensemble cast including Vijay Sethupathi, Samantha Akkineni, Fahadh Faasil, Mysskin and Ramya Krishnan in pivotal roles.

In several interviews, the cast and crew of Super Deluxe have been extremely tight-lipped about the story. The trailer of Super Deluxe which released a couple of weeks ago is a super hit among the audience on social media. 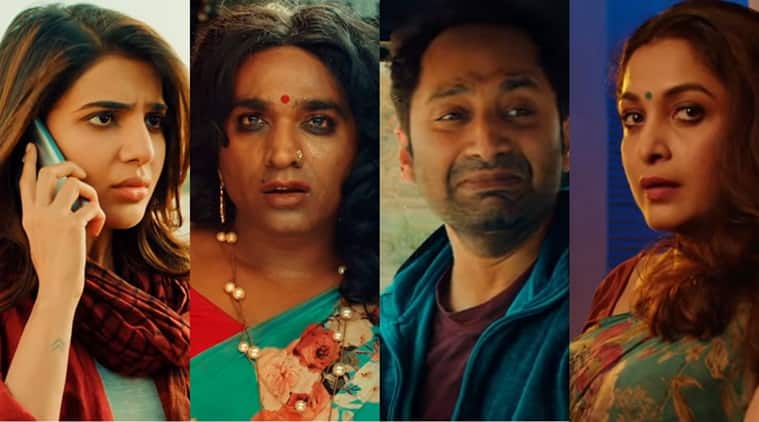 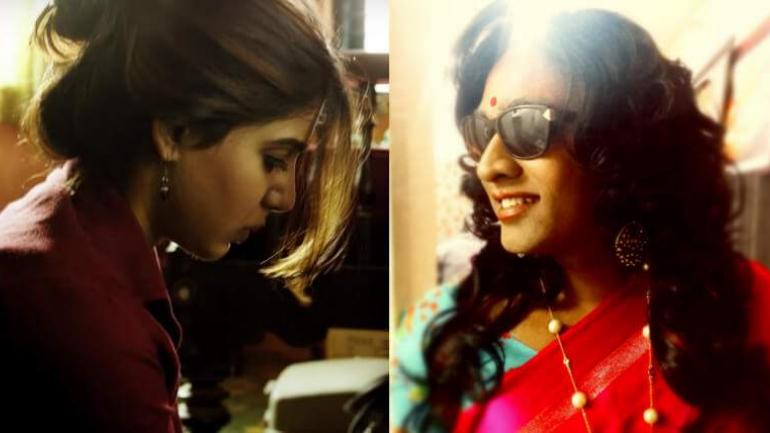 The makers have announced that the release date of the film as 29th of this month. Popular theatre based on Tirunelveli ram Muthuram Cinemas has posted a picture in their official twitter handle in a way of welcoming everyone for the movie.

For this the handle replied as that they are very much proud of being a reason for someone’s happiness who is in need. They also suggested him to take a picture of it and post it.

Their reply tweet read as “Do that immediately and send a picture, if some poor gets happy cuz of us means – மகிழ்ச்சி 😎 I’m waiting !!”

Do that immediately and send a picture, if some poor gets happy cuz of us means – மகிழ்ச்சி 😎
I’m waiting !! https://t.co/aa0LsEZfQZ

Check out some of the reactions f or their reply :

Nice Reply Bro 👏 One Of Best Theatre In Tamilnadu @RamCinemas 😎

Nice reply @RamCinemas . This is the patience every one should needed in our life.

Piracy website Tamilrockers allows users to download latest movies within a short time of their theatrical release. Often the films are available on the website within hours. Numerous films released by the biggest studios in the country have lost crores of rupees thanks to Tamilrockers.

Even after intervention of the courts, the site has not stopped operating. Although its domain is blocked by every major Internet service provider, new domains crop up soon after and even old domains can be accessed through proxies.

What do you think on this user’s comment and the reply of the theatre ?? Comment your views below !!

Tamil cinema is known as a male dominated industry and there's always a complain about female actors lasting a small span of time as...

Abu Dhabi witnessed the fighting spirit of New Zealand on Monday as they stunned Pakistan by defending 175 runs from a hopeless situation. When the...