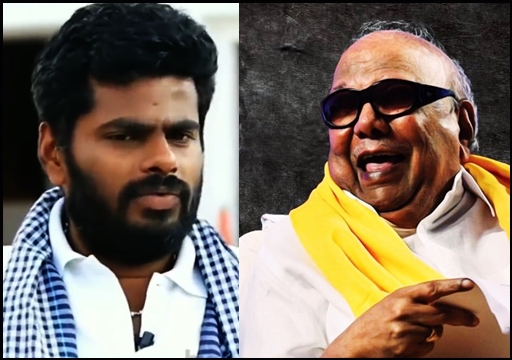 Tamil nadu BJP leader K. Annamalai, in his recent interview with a youtube channel, has said that he would never mention former Chief minister Muthuvel Karunanidhi as “Karunanithi” and added that “Kalaignar” is the term he would use to refer him. The former Chief minister who served as Chief Minister of Tamil Nadu for almost two decades over five terms between 1969 and 2011, was popularly referred to as Kalaignar (Artist) and Mutthamizh Arignar (Tamil Scholar) for his contributions to Tamil literature. This statement from Annamalai has caused various kind of reactions in online platforms with he video going viral among the online users. 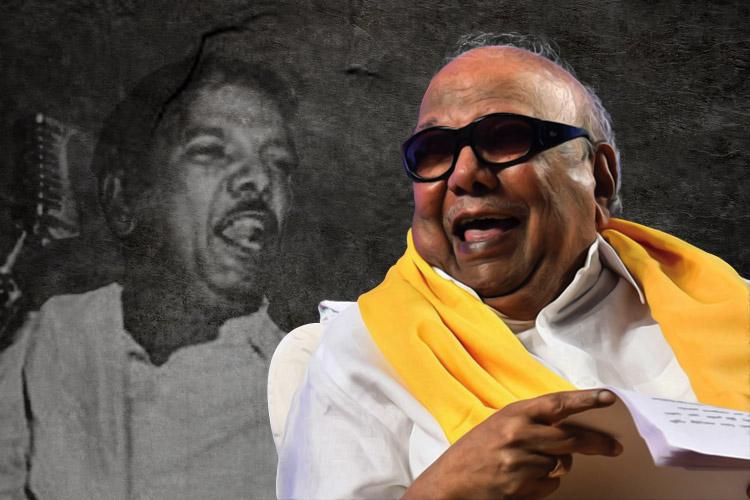 The interview was made for Behindwoods youtube channel with Avudaiappan hosting the show. In the video which is doing rounds in online platforms, Avudaiappan questioned Annamalai on the way his perception differing from his other party members.

“In an event, you would have said that Stalin is not someone who gained position from Dynasty politics as he had faced lot of struggles throughout his political career. But you named Udhayanithi Stalin as a beneficiary of dynasty politics. you also said that the thought process of Kanimozhi are progressive. No one from your party stated such opinions. They would always rule DMK as a party of Dynasty. Your perception alone is different comparing to all your party members” the host asked Annamalai.

Answering to him, the BJP politician said “No one is stupid nowadays. You all are well read. I am also an educated one. Viewers are also educated enough to google something if they have a doubt about something. In Tamil nadu, we couldn’t state opinions in a “just like that” manner” 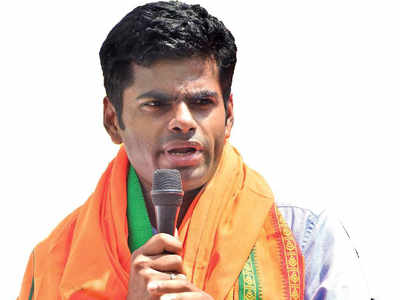 “If we criticize Stalin in any of his activities, it is debatable. People won’t accept if we rule him out as a politician who gained from dynasty politics. He is in politics for the past 40 years. He lost in an election and worked hard in the same constituency to taste his victory and is continuing to win. We couldn’t brand him as a “Dynasty politician”. Kalaignar never gave anything to him easily. Nothing was given on a plate” Annamalai said in the interview.

Aavudaiappan highlighted how Annamalai mentioned the former Chief minister of Tamil nadu as “Kalaignar” unlike the other leaders of Tamil nadu BJP. “Kalaignar achieved a lot of things. I won’t utter his name “Karunanithi”. Beyond politics, I have grown up looking up to him. Criticizing him for political reasons is completely different. If we look at what he did for Tamil nadu and Tamil language by analysing his entire lifetime, Kalaignar will be on top. The title “Kalaignar” was awarded to him for that reason, How can I mention him as Karunanithi ?” Annamalai said.

Previous article“I Don’ Want To Have My Own Babies” – Says This BIGG BOSS 5 Finalist !! WATCH
Next articleCelebrities Raised Voice Seeking Justice For The Demise Of Lavanya !!

Actor Vijay's best friend Sanjeev, in his recent interaction with a youtube channel, has opened on his meeting with actor Ajith kumar and revealed...