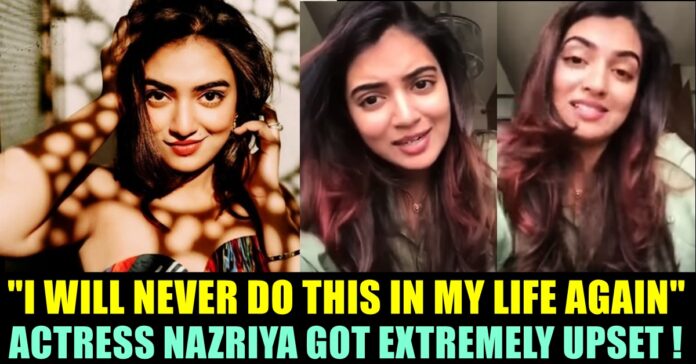 Renowned actress Nazriya who predominantly appearing in Malayalam and Tamil films, on Tuesday, came up with a story in her official Instagram handle, expressing her frustration over traveling through Thai airways. The actress said that she will never opt for the airways in her life again due to the kind of response she received during her recent travel. The actress’s story is being widely shared in the internet with people reacting in various ways.

The 27 year old actress who recently debuted in Telugu film industry by pairing up with Nani in a film named “Ante Sundaraniki”, has seemingly started her second innings in her acting stint post marriage. Recently, the actress who is pretty much busy traveling between city, called out Thai Airways for their poor service.

After marrying to Malayalam actor Fahad Fazil, Nazriya took a break from her film career and made her come back through Anjali menon’s Koode. After that, she appeared in films such as “Trance” and “Maniyarayile Ashokan”. Her Telugu film with Nani, was also dubbed in Tamil under the title Adade Sundara and in Malayalam under the title Aha Sundara.

On Tuesday, the actress who is enjoying 63 lakh followers for her official Instagram handle, came up with a story post complaining against “Thai Airways”. “@thaiairways the worst!
I’ve never had such an awful experience with an airline n staffs.. missing bags n when u try to reach for help .. they really don’t care Never taking the amazing @thaiairways in my life again :)” read the story of the actress. 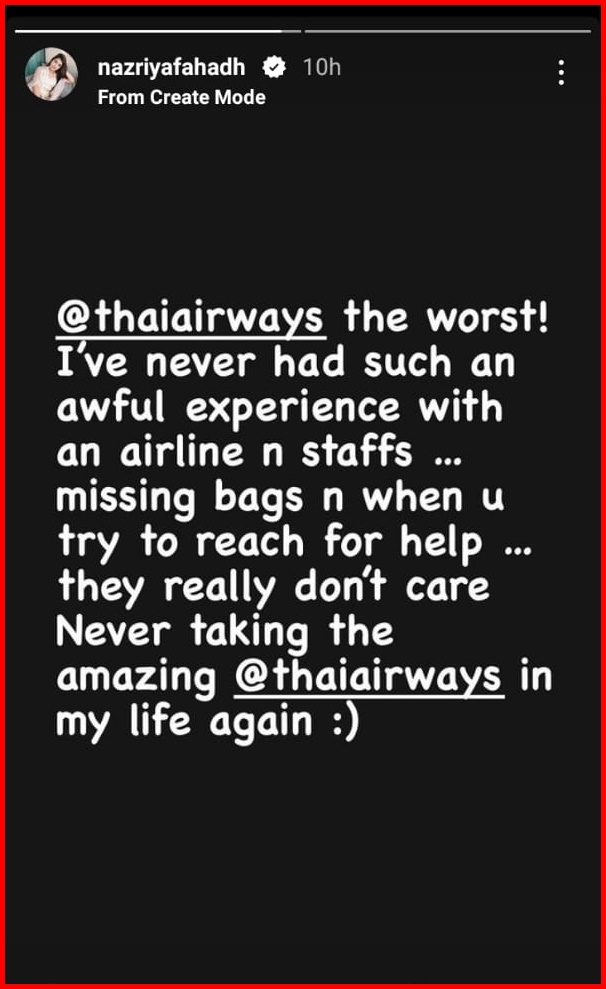 On the work front, Nazriya, in a recent interview with media, had said that she has been hearing few scripts but haven’t narrowed down on anything. She confirmed that there isn’t anything happening for the next few months.

Tweets and posts about YouTube management terminating the channel that was being run by Irfan are doing rounds in online platforms. While the youtuber...

The highlight of the movie is the cat and mouse game being played out by Nayanthara and Kashyap, with lot of punchline dialogues that...