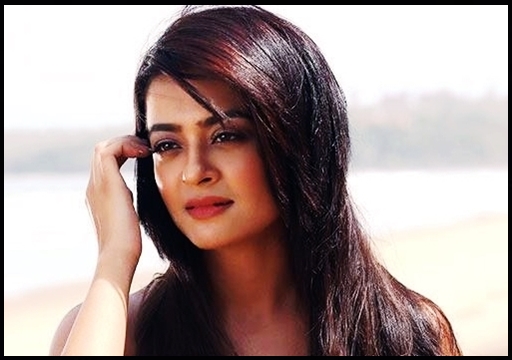 A shocking video of actress Surveen Chawla accusing a national award winning Kollywood who knows only Tamil language of “approaching” her to sleep with him in order to provide her a movie chance surfaced in social media platforms amidst the release of the actress’s “Decoupled”, a series in which she paired up with pan Indian actor Ranganathan Madhavan. In the video which is doing rounds, Surveen said that she faced her biggest blow while trying to work for South Indian movies.

In Tamil, the actress appeared in films such as “Moondru Per Moondru Kaadhal”, “Puthiya Thiruppangal” and Jai Hind 2″. In an old interview, the actress said that South was her biggest blow. “There were three times when I had to face the casting couch down south” Surveen Chawla said in the interaction.

“I was asked to accompany a director for a recce, for a film recce. And somehow my sixth sense, my gut, I kind of trust it. I kind of fall back upon it, when I am confused or when I don’t know what’s going on. I was asked to come for a recce with him. I have no qualms in saying what I was told, “Ma’am I want to know how.. We have language problem. I want to know every inch of your body” I couldn’t believed my ears as to what I am hearing” Surveen Chawla said who chose to not reveal the filmmaker’s name.

“There was another experience where, because of the language issue, again, a ridiculously big director, a National award winning director. I had a very very long extensively long audition there. It was almost a shift audition. 7 AM to 7 PM audition. Various kinds of things I had to do. like a monologue, say something impromptu. I did all that, I came back, I was little unwell. The director suddenly offers to come to Bombay to see me because I am unwell. And I found it very shady” Surveen said and continued.

“I was like “Why ? You know ? I have friends, I can take care of myself, thank you so much but no thank you”. The director could only speak in Tamil. Could not speak or understand Hindi or English. So there was such a language barrier that he had somebody, his right hand or his friend speaking to me on behalf of him. He said “You know ma, there is such a language barrier, you know. He needs to know you. He needs to understand you to work with you. This one is going to take very long to make. It’s going to be a long time association” And he suddenly jumped to “Just till the film” Obviously I was clueless and asked him to say it again” Surveen explained.

“This is happening over the phone. I asked “Just till the film what ?” He said “No ma, he needs to know you, so just till the film, this will go on. And then you can stop once the work is over”. I still remember my words. “I think you are knocking on the wrong door. If sir thinks that I am talented enough to work in his film, I am still willing to do that but I don’t think I can barter myself for anything” the actress said.

Vanitha Vijayakumar Reacted To The Marriage Event Of Producer Ravinder ??

A tweet uploaded by actress Vanitha Vijayakumar on Monday is believed by her followers to be a reaction of her to the marriage event...