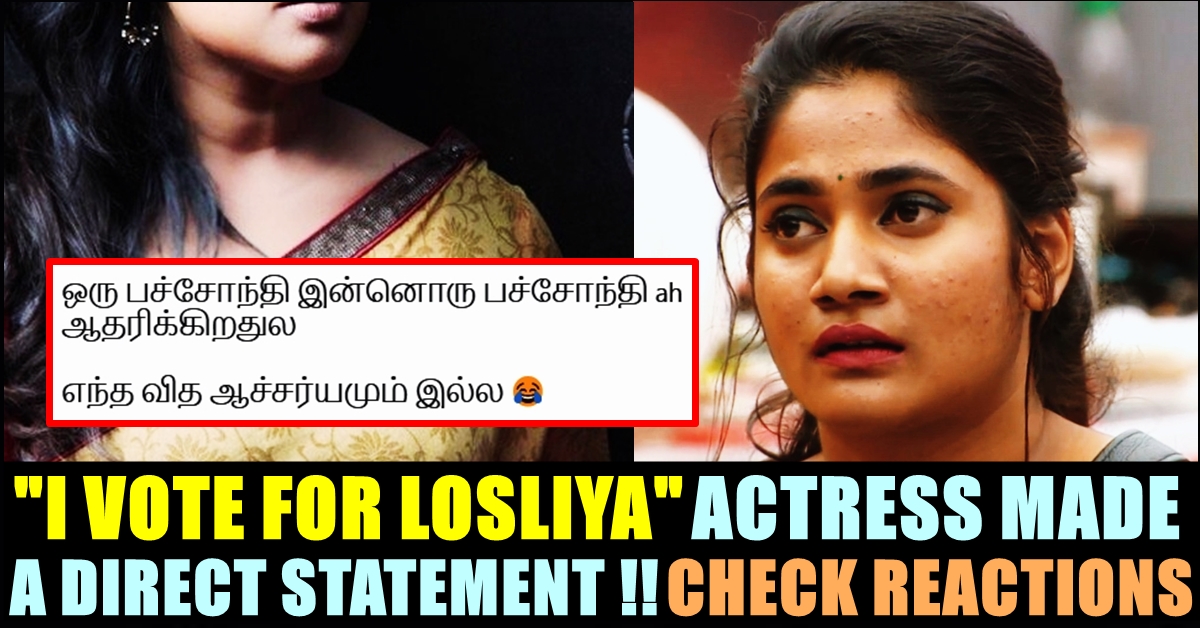 The 95th day of Bigg Boss Tamil saw Kavin getting out of the house voluntarily as he wished to get himself evicted from the show with Rupees 5 lakhs which was offered by Bigg Boss. Sandy and Losliya burst into tears when they heard about Kavin’s decision. It should be noted that Kavin had so far faced nine eviction rounds and each time, the public voted in Kavin’s favour and made him stay on in Bigg Boss Tamil 3.

Losliya was in tears and pleaded to Kavin to reconsider his decision. Further she added that she too would quit the show if Kavin leaves. But Kavin gave Losliya a photo of her family and asked her to continue in the house for the sake of her family. Following the exit of Kavin, Losliya was seen crying near the exit door. Meanwhile, this episode made an impact among the viewers of the show as they started sharing their opinions about Kavin’s decision.

I AM VOTING FOR #Losliya ,THIS IS MY HONEST PERSONAL OPINION .THE GIRL ISN'T A BAD CHOICE AT THIS POINT. I've seen her up close and personal and she's a darling ❤️.I don't have any grudge against anyone else.but comparatively she's my best choice.#losliya_army

I started liking her from when I started noticing her ,after my reentry.i grew attached to her she is definitely a good girl.just confused and gets influenced but she's not at all bad or mean https://t.co/Fue2iJ0pfi

However, her followers trolled her for these tweets as Losliya is currently pleading to Bigg Boss to get out of the show. Check out some of their reactions below :

Title should give to the deserves one. Not for a person who spend 90 days in garden area for god sake. ❓😕

Not even one place this smart girl Losliya has given any commitment or used the word "love". She is keeping all options open, very cunning girl.
All those Loosuliya fans who trolled you would now support you 😂
Is this your real account, your judgement looks very poor.

You're just taking it on #Sherin as she called you out. She always treated you as a friend only, she will be Disappointed when she comes out and sees this.

@ikamalhaasan This lady doesn't like Darshan or Sherin, so misguiding people on voting. We want someone who's genuinely playing the game from the beginning.

Abhirami also endorsed these tweets of Vanitha by posting an Instagram story in a way of supporting Losliya :

Vetri Maaran Revealed How Gautham Menon Helped Him To Stop Smoking !! UNBELIEVABLE !!
CSK Trolled This Top Player For Posting Video Without Shirt !! Check Out His Reply !!