The shooting of Nerkonda Paarvai has been wrapped up ahead of its schedule, which has made both producer Boney Kapoor and actor Ajith immensely happy. It is said that the director of Nerkonda Paarvai, H Vinoth, has been roped in for another film by Ajith and Boney.

Thala 60 will also be directed by H Vinoth, and Bollywood producer Boney Kapoor is backing the project yet again. Though there were rumours about H Vinoth being signed for two films with Ajith, the speculation has become stronger now. 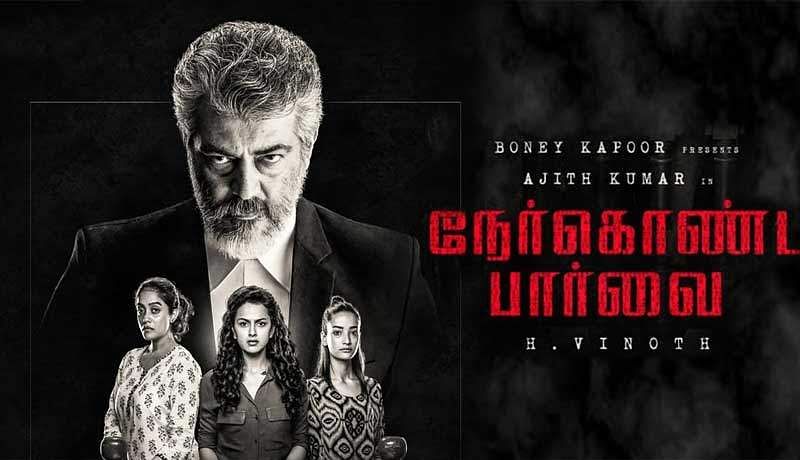 H Vinoth made his debut with the sleeper hit Sadhuranga Vettai. He then came up with an impressive second film named Theeran Adhigaaram Ondru, which quickly sealed his position in Tamil cinema.

His third film is Nerkonda Paarvai, which is currently in the post-production phase. The film is the Tamil remake of Hindi blockbuster Pink, which starred Amitabh Bachchan and Taapsee Pannu in the lead roles.

Recent buzz said that actor and director SJ Surya has been roped in to play as villain in Thala60. SJ Surya has played some impressive roles in recent times in almost every kind of roles including as protagonist. SJ Surya also have directed actor Ajith in “Vaali” movie which gave him an important breakthrough in his career. SJ Surya acted as antagonist for actor Vijay in Mersal movie who is Ajith’s official rival as far as fan base and box office collections are concerned. On seeing those rumours and speculations, SJ cleared the air by posting a tweet through his official twitter account.

The actor/director denied the rumours about him being a part of Ajith’s upcoming movie. The “Iraivi” actor wrote “Dear all , it’s a fake news that I am part of thala 60 …. I have great respect for our Ajith sir and @SrideviBKapoor ji ……… don’t spread such fake news… thx … sjs”

Dear all , it’s a fake news that I am part of thala 60 …. I have great respect for our Ajith sir and @SrideviBKapoor ji ……… don’t spread such fake news… thx … sjs

Surya made his directorial debut with Vaali in 1999 whose success catapulted him to stardom. His other notable films include Kushi, New, Anbe Aaruyire and Isai. He made his acting debut with New and went on to act in various kind of films and was last seen in fantasy movie “Monster” which did well in box office. He is also awaiting for the release of his acted films such as “Nenjam Marapathillai” and “Iravakkaalam”.

For the uninitiated, Nerkonda Paarvai marks the first venture of Boney Kapoor in Tamil. The producer said that his late wife Sridevi wanted to produce a good movie in Tamil for a very long time. With Nerkonda Paarvai, Boney is making Sridevi’s wish reality.

“I Struggled A Lot After Making Aayirathil Oruvan” – Director Selvaraghavan

Director Selvaraghavan who is currently busy promoting his recently released film "Naane Varuven", in an interview with a youtube channel, revealed that almost half...