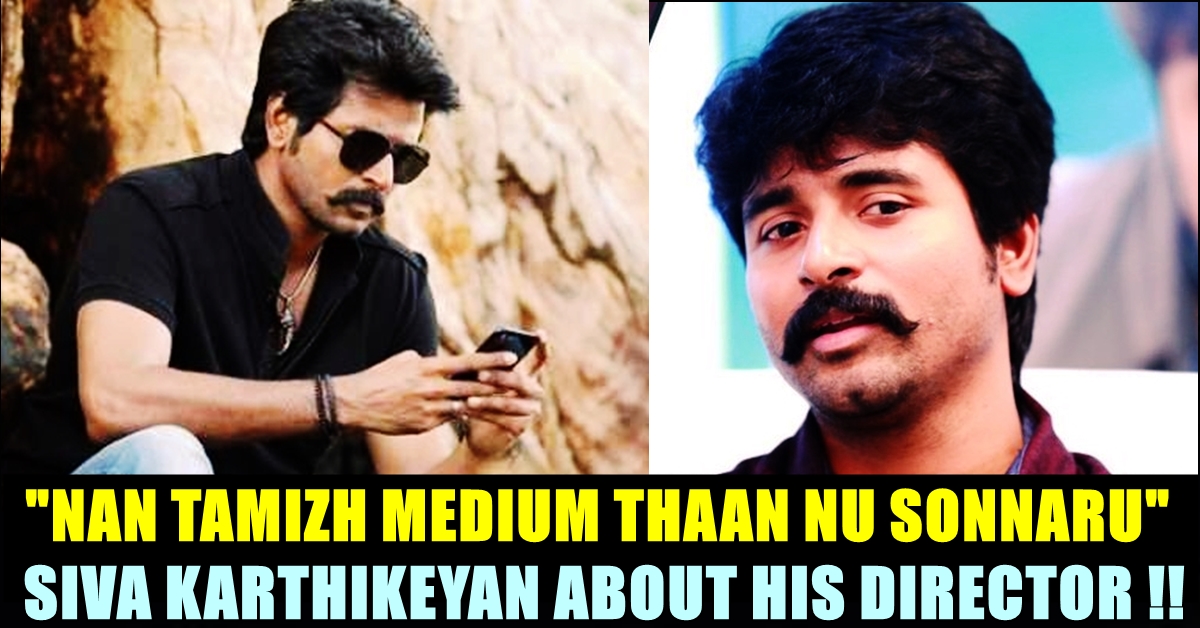 Actor Sivakarthikeyan who is busy acting in films, appeared in an interaction with Cinema Vikatan youtube channel and shared about his personal and professional life. He talked about many things including his relationship with senior actors such as Sathyaraj, Prabhu, Manivannan etc and about his upcoming films such as Doctor, Ayalan etc. While talking about his director Ravi Kumar’s abilities in filmmaking, Sivakarthikeyan regretted asking his educational qualification and said that degree has nothing to do with an individual’s knowledge.

Sivakarthikeyan has became the darling of masses in a very short span of time comparing to other senior actos. Not only the fans, he is also impressing the people from his own industry. As we all know Sivakarthikeyan started his career as a mimicry artist. Despite initial reluctance to participate, he won the show.

Prior his hosting career, he appeared in many short films. After debuting in Tamil film industry as protagonist through Pandiraj’s “Marina”, Sivakarthikeyan went on to give massive commericial successes such as Maan Karate, Remo etc. So far Sivakarthikeyan paired with almost all the top heroines of Kollywood such as Nayanthara, Samantha, Keerthy Suresh and Hansika and became one of the top most emerging actors of the industry.

Now, in his recent interaction with a youtube channel, Sivakarthikeyan who still manages to entertain the people around him with his witty one liners and ability of imitation, opened on how he realized that there is no link between academy degree and knowledge.

Now, talking about the making of “Ayalaan”, Sivakarthikeyan expressed his admiration over Ravikumar’s abilities and regretted for asking his educational qualification. “I committed to the project admiring the brilliancy of Ravi kumar in “Indru Netru Naalai”. When I saw him working on the shooting spot, I was wondering how he manages to pull off certain scenes and shots. He works with so much clarity that he even gives suggestions to the Computer Graphics team.” SK lauded his director.

“On seeing such incidents, I once called him and asked what’s his educational qualification. He said that he didn’t go to college and did his studies through correspondence and also said that he studied in Tamil medium. After hearing that answer from him, I realized that the question I asked to him was unnecessary. I realized that there is no connection between degree and knowledge at that moment. Apart from academic education, he reads many other books and nurtures his knowledge. Above all, he is also a good human being” said the “Hero” actor.