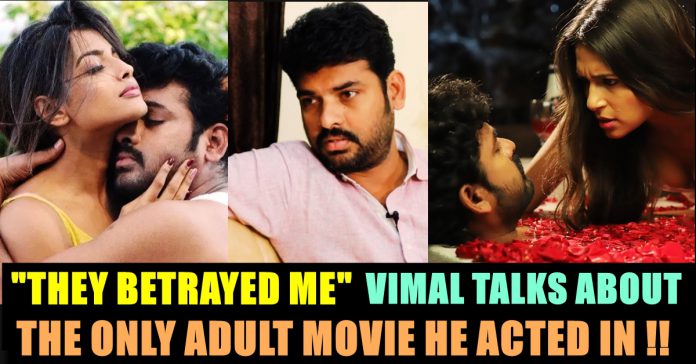 He established himself as a successful upcoming actor with Kalavani, after that he has claimed his name with these comedy movies Vaagai Sooda Vaa, Kalakalappu, Kedi Billa Killadi Ranga, Desingu Raja, Manjapai and Mannar Vagaiyara. Now the second part of his blockbuster movie Kalavi is going to be released. In one of the promotional interview for the movie, Actor Vimal seen teasing the anchor for the way he was asking questions.

When the anchor asked about Vimal’s last released movie of Vimal “Ivanukku Engayo Machcham Irukku”, the actor interrupted him and started answering without letting the anchor to finish his question. 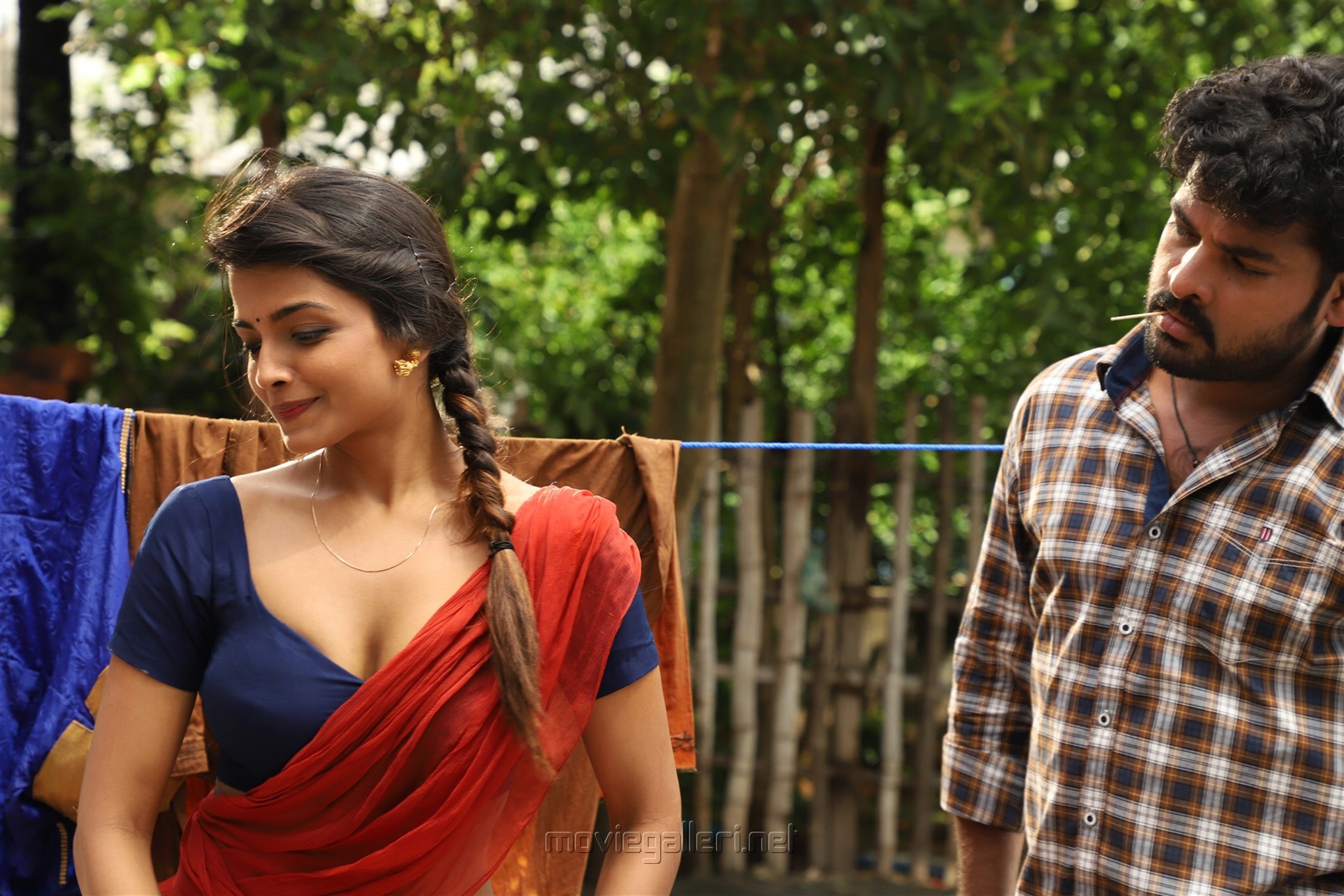 Evanukku Engeyo Matcham Irukku is a 2018 Indian Tamil adult comedy film directed by Mukesh and produced by Sharmiela Mandre. The film stars Vimal and Ashna Zaveri in the lead roles, with Singampuli, Anandaraj and Poorna amongst others in supporting roles. Vimal while talking about the film said that he never expected the film to be treated in the way that is now being treated by the audience.

“The film was not done with my own interest. It is a remake of a Telugu movie. I solely believed that they are going to remake the movie as of in the original. During the shooting, the tile was not finalized. But after the shooting, for their business profit they converted it into an adult movie. I shocked on seeing the way they promoted. I haven’t seen the movie till now and only watched the trailer. If they told me this before, I wouldn’t have accepted. I decided to be more careful in the future.” said Vimal in the interview.

Being a remake of the Telugu film Guntur Talkies (2016), the film Ivanukku Engayo Machcham irukku, was released on 7 December 2018 to mixed reviews and become an average grosser. The film was partially shot in London during mid-2018, where scenes featuring Vimal, Ashna and British-Punjabi actress Mahi Sarna were shot. The rest of the film was shot in Chennai and Theni.

The sequel of Kalavani which is going to be released soon is a Tamil romantic comedy film directed and produced by A. Sarkunam. The film stars Vimal and Oviya in the lead roles, with RJ Vigneshkanth amongst others in supporting roles.

What do you think on this interview of Vimal ? Comment your views below !!

Pan Indian actor Siddharth who is pretty much interactive with his followers in the micro blogging social media site, recently reacted to a fake...

Here’s How Celebrities Reacted To The Announcement Made By Wikki-Nayan!!

A number of cinema and television celebrities reacted to the announcement made by director Vignesh Shivan on Sunday. The list includes renowned actress Kajal...

With less than a week to go for the theatrical release of Vijay's most awaited "Master", makers of the film are pretty much active...

“Thanks For The Title MAKKAL SELVI” Happily Said Varalakshmi Sarathkumar !! Check Out The Reactions !!

Director Seenu Ramasamy, who is Vijay Sethupathi's director in the movies Dharmadurai and Thenmerku Paruva Kaatru, has came up with a special name for...