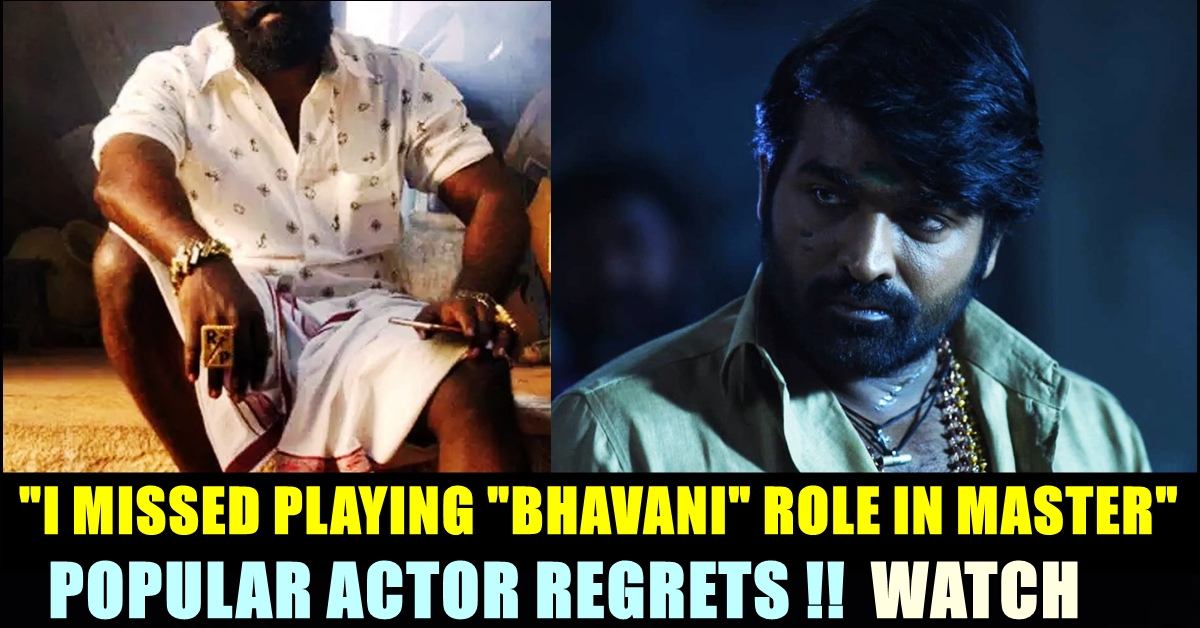 The role of Vijay Sethupathi who played “Bhavani” also impressed the fans who watched the film in theatre. Especially, the philosophy he uttered about “Ostrich” bird cracked up the audience and left them in splits. It also caused memes, trolls, reactions in the Internet medium with many people uploading it as their whatsapp status.

“I am not approached for the role but while watching, I felt bad for missing it. I must have approached Sethu directly for the role.” said R K Suresh and also revealed that he talked with Lokesh Kanagaraj and Xavier Britto regarding the same.

Further RK Suresh said that he would have done the role even better if he was offered a chance. Being a producer predominantly, R. K. Suresh is heading the production company Studio 9 and have produced a number of films under his banner. He produced Vijay Sethupathi’s Dharma durai which became a blockbuster during its release time.