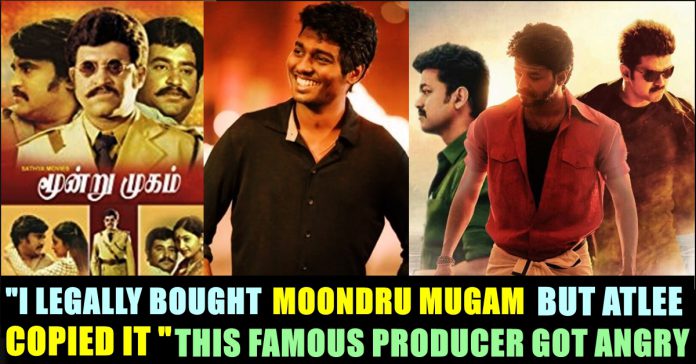 Producer Kathiresan who produced films like Polladhavan, Aadukalam and Jigarthanda has alleged that Director Atlee stole the story of Rajinikanth’s vintage blockbuster Moondru Mugam. Kathiresan is the one who owns the remake rights of “Moondru Mugam”. 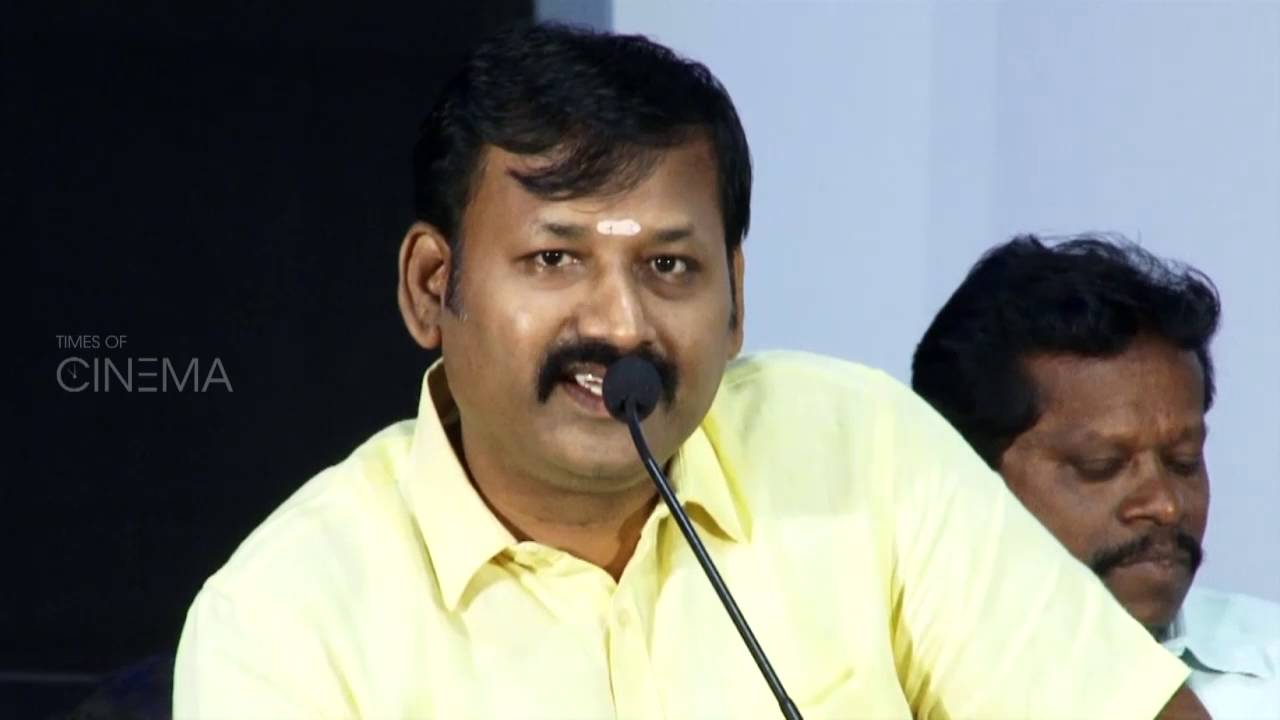 The story revolves around two twin brothers in which one is a magician avenging for his father’s death and medical crimes. The other one is a reputed doctor who charges meagre amounts from his patients. Moondru Mugam is a 1982 Tamil-language action film directed by A. Jagannathan. The film stars Rajinikanth in three distinct roles as Alex Pandian, Arun and John. Moondru Mugam portrays two brothers taking revenge on Villain who caused the death of their father. Kathiresan who bought remake rights says that he planned to cast Lawrence in the lead role. “At an initial stage of it’s production, Lawrence even met Rajinikanth to get blessings from him” says kathiresan.

“I showed a 20 minutes comparison video of Moondru Mugam and Mersal to the concerned people who were shocked and accepted the fact that Mersal is a copy of Moondru Mugam. One can have parallel thought of another creator for one scene but it is impossible to have similar thoughts in 10 scenes and Moondru Mugam is a very well known blockbuster” says Kathiresan in the video. “I’m ready to showcase the 20 minutes video to the media people. Now I could not make this movie as it became familiar and I just want Atlee to accept that he copied Moondru Mugam” he added who also alleged that Atlee theft the story.

The film opened to positive reviews with critics praising the performance of Vijay, A.R. Rahman’s soundtrack, the cinematography, the social message and Atlee’s direction, but criticized the cliché plot and excessive length. The film was a commercial success, grossing ₹260 crore (US$40 million) worldwide, becoming the fifth-highest grossing Tamil film and Vijay’s highest-grossing film in his career.