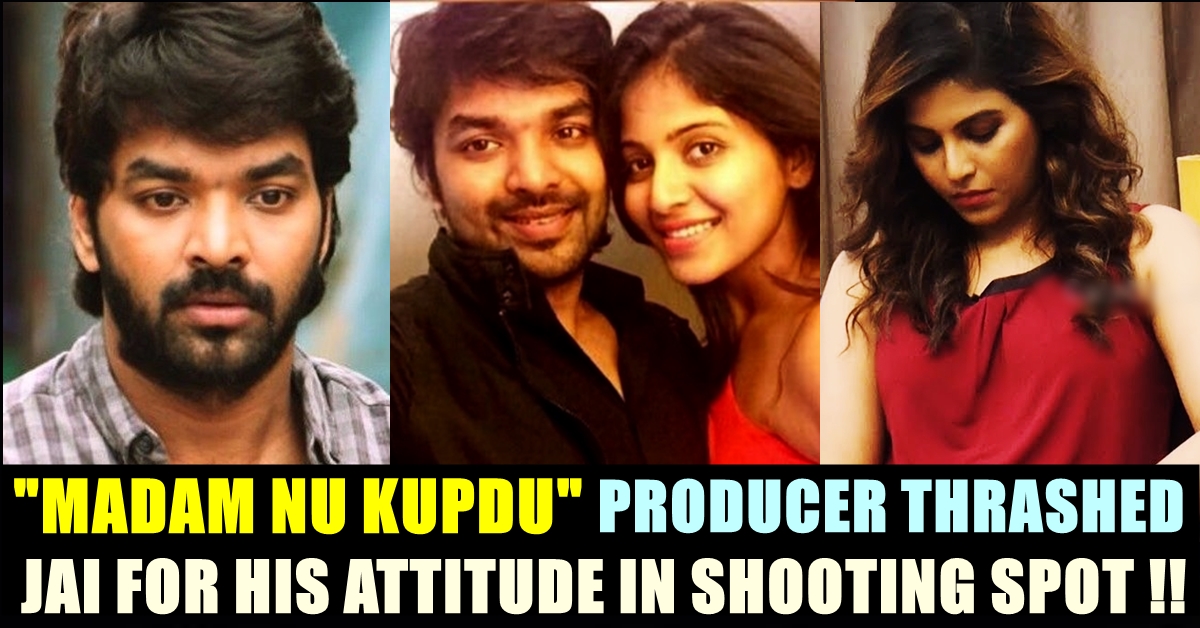 Actor Jai debuted through Tamil film industry through Vijay’s Bhagavathi movie. In the movie which was released in the year 2002, the actor played the role of Vijay’s younger brother. The plot of the movie revolved around the death of Jai and he was highly recognised by Tamil cinema audience for his looks which is very much similar to actor Vijay.

After that he made his debut as one of the lead in Venkat Prabhu’s sports drama Chennai 28. In the movie he played the role of Raghu and he grabbed the attention of audience through his appearance. However actor Jai became one of the most sought after actor after the release of Subramaniyapuram in which he played a role of a gangster in 1980’s. The film which was critically acclaimed, attracted the general audience as well.

Since Subramaniyapuram which was released in 2007, Jai started signing many films under various banner. Unfortunately he couldn’t get a breakthrough until Raja Rani in which he paired opposite to Nayanthara. After the success of Raja Rani, Jai became busy and started signing many films as solo hero. In 2016, the actor committed in a horror-comedy film which was named as Balloon. The film was directed by debutant Sinish.

The film has Jai, Anjali and Janani Iyer in the lead roles and the music for the film was composed by Yuvan Shankar Raja. The film doesn’t made much impact as it received mixed reviews from the audience and critics. Now, one of the producer of the film Poster Nandakumar, in a recent interview with Cinema Vikatan has revealed how the movie Balloon made him forget about movie producing.

Poster Nandakumar who is known among Tamil audience through the movie Madras in which he played the role of a politician also acted in Kabali along with Rajinikanth. While talking about the humbleness and punctuality of the Superstar during “Kabali” shoot, Nandakumar remembered about the incident that was caused by actor Jai in the movie he produced.

“Superstar Rajinikanth has 44 years of experience in film industry. He will be present in shooting spot before an hour which I witnessed with my own eyes during “Kabali” shoot. But I won’t forget the struggle I faced due to actor Jai during the shoot of “Balloon”. ” said Nandakumar in the interview.

“We shot the film in Kodaikanal and did whatever Jai and Anjali required during the shooting times. But everything went in vain. You can’t spot an actor like Jai who wastes the money of a producer” said Nandakumar and went on to explain about an incident that took place in the shooting spot.

“That day director Sinish called actress Anjali by calling her name to narrate her the scene. Jai who was present at the place couldn’t hold his nerve and started shouting at the director for calling her by her name. He demanded Sinish to call Anjali with respect by adding “Madam”. The next day when the whole unit was waiting at a mountain in Kodaikanal, Jai and Anjali went to Chennai without informing anyone. The whole unit shocked and he even denied to attend the promotional events of the film. This will be the same situation for every other director who makes a film with him.” said Nandakumar who further added that the movie Balloon was a disaster and he forgot movie producing due to the attitude of actor Jai.