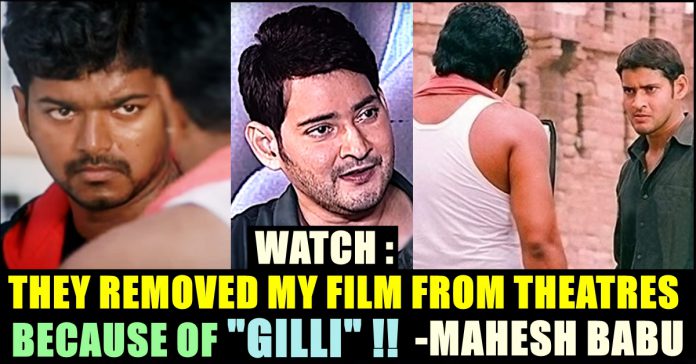 Mahesh Babu is one among the most loved actors of South Indian film industry. Being a Superstar in Telugu film industry, his humbleness and his attention towards Tamil cinema made the fans of it to love him more. The actor is now very busy in promoting his upcoming film “Sarileru Neekevvaru”

The film is releasing in Tamilnadu and Mahesh Babu took time to interact with Tamil audience through Behindwoods youtube channel to make them to watch in theatres. The project, being produced by Dil Raju and AK Entertainments, marks the maiden collaboration of Mahesh and Anil Ravipudi. The film also stars Rashmika Mandanna and veteran actor Vijayashanti, who has returned to face the arc lights after 13 years.

In the video interview, Mahesh Babu shared about many of the experience he had in Chennai. The actor who has a special bonding with Chennai, said that he studied along with Karthi, Yuvan Shankar Raja and Suriya in St.Beats school. After that he studied in Loyola college. “My entire life was in Chennai till 1999” said the Superstar in the interview.

Mahesh Babu while talking about his movies getting remade in other movies by other stars, said that he feels very happy and gets a satisfaction when that happens. “That is a very special feeling. Pokkiri was a sensational hit in Andhra. Immediately, a huge star like Vijay watched it and remade it. Same thing happened with Salman Khan who remade it as “Wanted”. It is a dream come true moment for me and I feel really special” said Mahesh who added that he likes all the versions of his movies.

Further Mahesh Babu opened up on an interesting fact that happened during his “Okkadu” release in Tamilnadu. “Okkadu” is the original version of Tamil blockbuster “Gilli” performed by actor Vijay. Mahesh Babu said that he felt bad when they started removing his film in Chennai theatres once they bought the remake rights of the film.

Talking about the receptions for his straight Telugu films in Chennai, Mahesh said “Chennai has always special been my special city for the love they showed for all my films. In fact “Okkadu” Telugu version was a sensation in Chennai. I felt bad because when they bought the remake rights of the film to do “Gilli”, they started removing it from the theatres in Chennai. Because they didn’t want many people from Chennai to watch the movie as it is going to be remade. In those days, we got sensational reception for “Okkadu” in Chennai. After that many of my films received a record opening for a Telugu film. Special thanks to Chennai audience” he said.

Further Mahesh said that he is ready to act along with Vijay if a script allows. Gilli was directed by Dharani and produced by A. M. Rathnam under the production company Sri Surya Movies. The film was released on 17 April 2004 to mostly positive reviews. It successfully sustained 200 days in theatres at that time, according to sources.

What do you think on this interview of Mahesh Babu ?? Comment your views below !!

Previous articleWhy Suriya Decided To Produce “Soorarai Pottru” ??
Next articleJadeja Tried To Troll His Teammate For Lifting Less Weight !! Check The Reply He Got !!