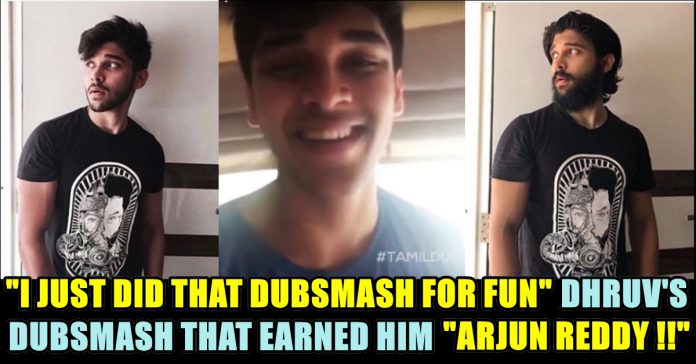 Varma, the Tamil remake of Arjun Reddy, marks the debut of acclaimed Tamil actor Vikram’s son, Dhruv. Dhruv will reprise Vijay Devarakonda’s role from the original. The shoot of the remake, directed by Bala, was wrapped up last week and on Sunday the makers unveiled the film’s teaser, planned to coincide with Dhruv’s birthday.

An event, which was graced by Vikram, was organized in Chennai to mark the launch of the teaser which clocked nearly 3.5 views in a single day. At the event, Dhruv said that he agreed to do the project only because Bala was interested to direct. He went on to add that had Bala not come forward to direct the remake, he wouldn’t have done the film. 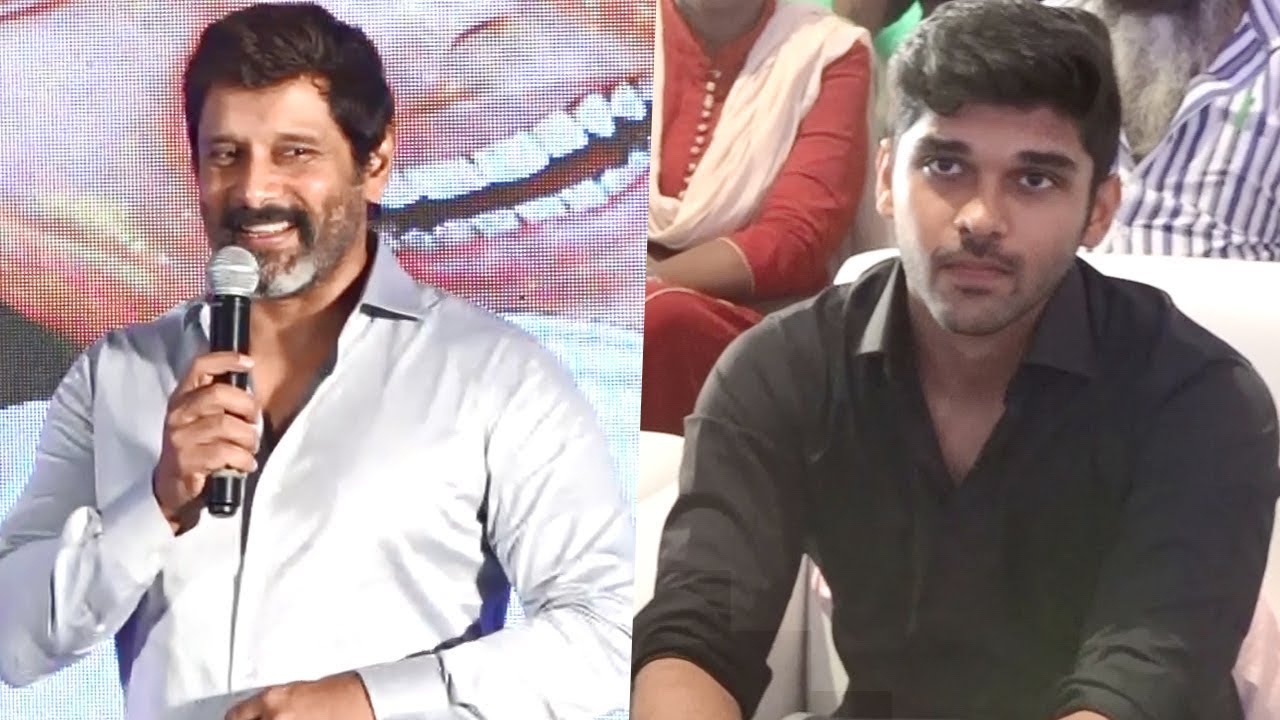 “I was studying in the US when this offer came along. Honestly, I didn’t want to leave everything and come shoot this project. I told dad that I’d only do this film if Bala mama would direct it. I grew up watching films of my dad and Bala mama. It was Bala mama who gave my dad life in Sethu. It’s him again who gave me a new lease of life via Varma,” Dhruv said, and added that he’s really thankful to Bala for placing his faith in him. 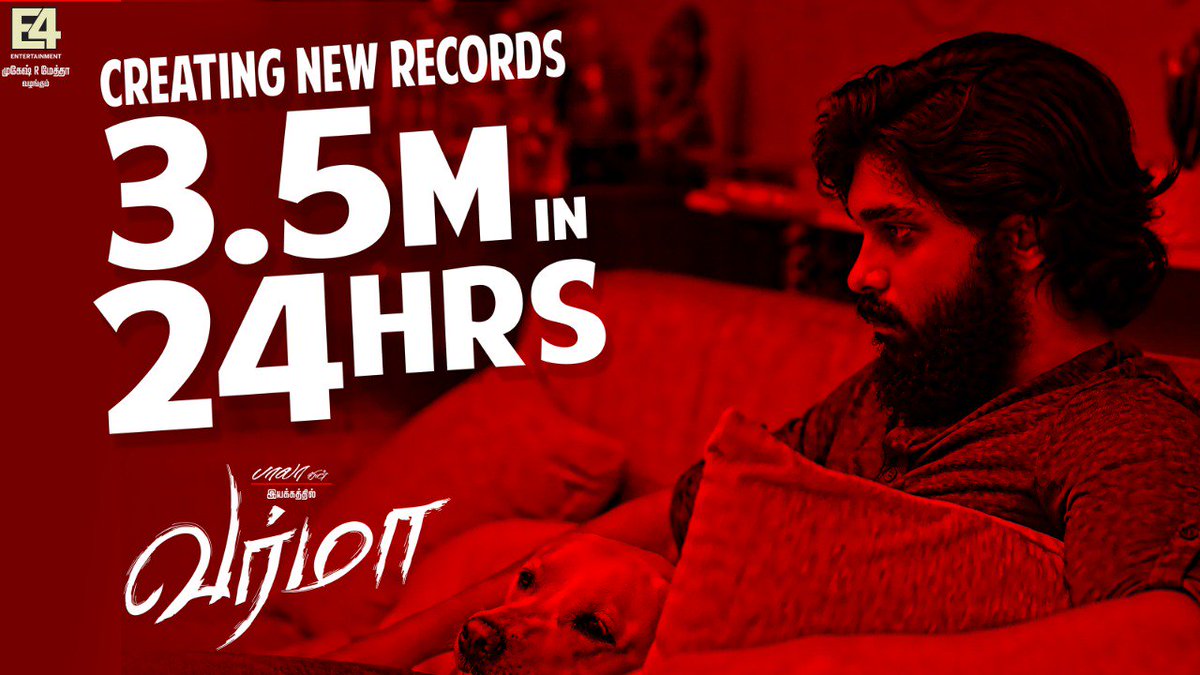 “I have just done that Dubsmash only to pass time. I really don’t know what in my dubsmash attracted Mukesh, the producer. I never talked to him before this film. Thanks to him” added Dhruv.

When it was Vikram’s turn to speak, he said that Dhruv couldn’t have gotten a better launch. “When I saw Arjun Reddy in a screening, I asked myself why not make Bala direct the remake. I know he hasn’t done a remake but I was keen on having him on board. I conveyed my request to the producer. I knew nobody else can mould Dhruv and give him the dream launch like Bala.”

Watch out his dubsmashes here :

Bengali actress Megha Choudhary has been roped in to play the role originally played by Shalini Pandey. This project will mark Megha’s Tamil debut and apparently her expressive eyes caught the attention of Bala, who subsequently auditioned her and brought her on board, amidst rumours that Shriya Sharma was signed as the leading lady. 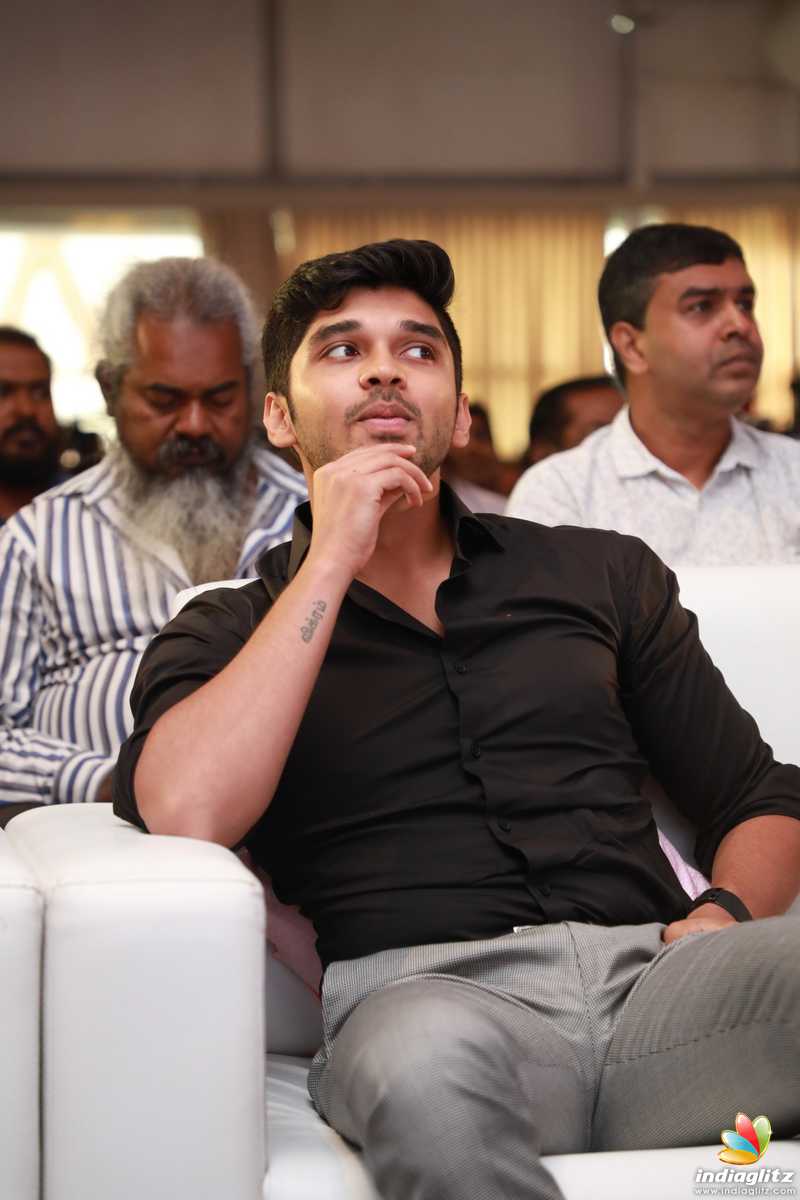 The project is being bankrolled by E4 Entertainment, producers of popular Malayalam films such as Ezra and Godha. Producer Mukesh Mehta said the release date of Varma will be announced in a couple of weeks. The film also stars Raiza Wilson and Eswari Rao in crucial roles.