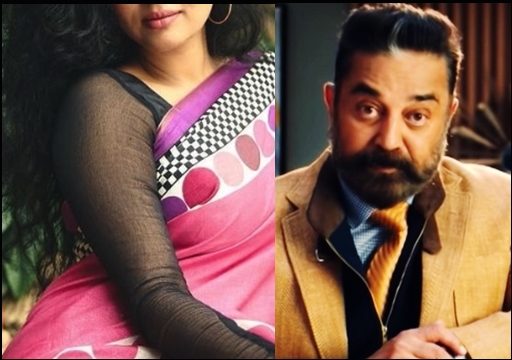 Sanam shetty, one of the prominent contestants of Bigg Boss season 4, in her recent interaction with press reporter, confessed that she didn’t get much movie opportunities post Bigg Boss show. The aspiring actress said that an actor would get movie opportunities only if he/she chooses script wisely, based on the weightage of the roles they do and the box office collection of their movies. Sanam also said that Bigg Boss is not much of a help for a actors, according to herself.

During her Bigg Boss stint, Sanam shetty who is a model by profession, said that she has been trying to take part in the Bigg Boss show for past three seasons and always gave her best to stay inside the house. In the show, for showing her determination in the topple task, Kamal Haasan who hosted the show appreciated her.

Most recently, when press reporters questioned the actors about the opportunities she is getting post Bigg Boss, Sanam said “I can only talk about my personal opinion. I couldn’t comment on the post Bigg Boss prospects of my fellow contestants. If you ask me if I am getting offers after I participated in the Bigg Boss show, “No” is the answer I could give” Sanam shetty said.

“We should get a good story, the role we play must have weightage and also it should do well in the box office. That’s the only way we could gain movie opportunities” she further added. “Only an actor could created such opportunities for himself/herself. Bigg Boss show is not much of a help for an emerging actor” she laughed.

Sanam was last seen in a film named “Oomai Sennai” and paired with actor Michael in the film. She is expected to appear in films such as “Ethir VInayattru”, “Maha” etc. Comment your views on the opinion of Sanam shetty about her acting career post Bigg Boss show.

Previous articleFans, Celebrities & Anchors Admired Sivakartikeyan’s Gesture At The RRR” Pre-Release Event !!
Next articleAbhinay Opened About How His Wife Reacted For His BIGG BOSS Activities !!