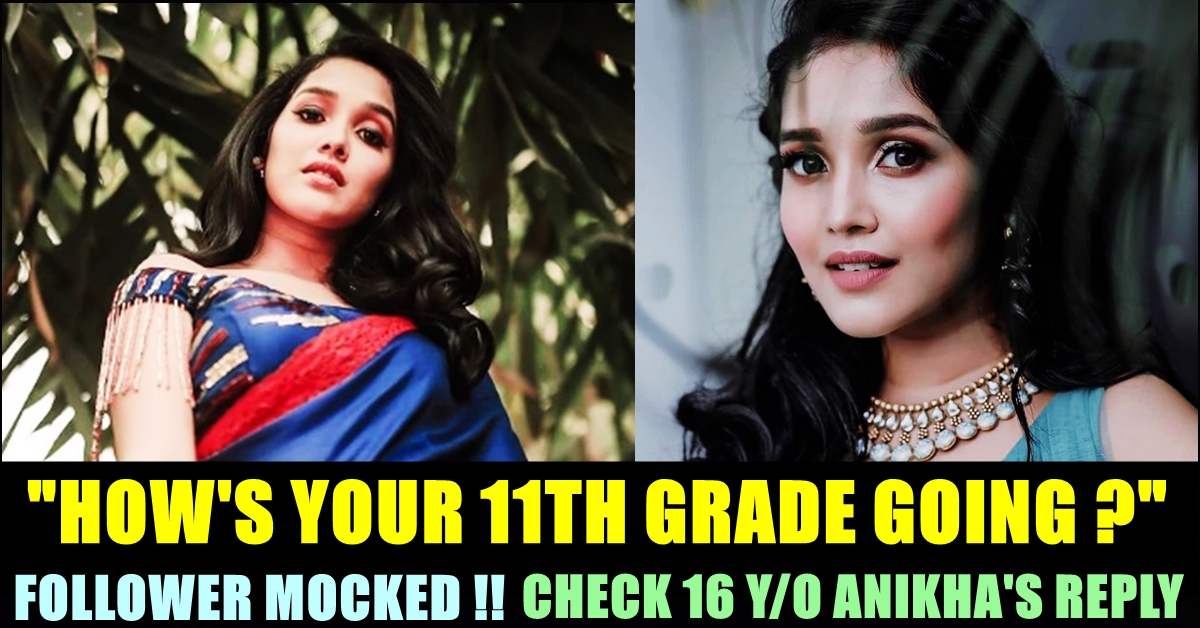 Teen actress Anikha Surendran who is known for sharing screen space with Thala Ajith kumar and Lady Super star Nayanthara in frequent occasions, is pretty much active in Instagram. She is currently enjoying a million number of fans and is engaging them by uploading the pictures captured from the photoshoots she got participated in.

She who often got mocked by a number of her followers for her poses and make overs at the age of 16, received a mean comment for one of the recent posts. However, as she never failed to give back to her haters through her instant yet mouth shutting replies, made a reply to the Instagram user and made her shut once and for all.

Anika is known among Tamil audience for her appearance in films like “Viswasam”, “Ennai Arinthaal” as Ajith kumar’s daughter. In “Naanum Rowdy Thaan”, she did the role of younger version of Nayanthara. Most recently, she acted in “Queen” web series directed by Gautham Vasudev Menon as Late chief minister Jayalalithaa’s younger version.

She who is expected to play lead roles in the films that are going to be made in South India in near future, is already being compared with the looks of “Lady Superstar” Nayanthara. With her unique attires and International level makeovers, Anikha is competing with the top heroines of Indian film industry as far as her social media posts are concerned.

Lately, Anikha uploaded a couple of pictures in her official Instagram account from Goa beach. Uploading the pictures which were captured in Anjuna beach of Goa, Anikha wrote “too good to be true😌” as her caption.

The post garnered 2 lakh plus likes in no time with various kind of comments lauding the actress for the way she is carrying herself. However, a follower named Ritika came up with a comment asking how’s her 11th grade going to troll her posts.

Replying to her, Anikha simply said “I don’t know”

Days ago, while replying to actress’s another post, a follower asked her to behave according to her age. Repplying to him, Anikha said “It is my Instagram and my body, I can do wherever the hell I want”

Earlier, another social media user named Dheeksha suggested Anikha that an excess amount of make up will work for the artists who perform far from audience, not for the ones who pose for close ups. “I found a lot of people teasing you like aunty or granny and all . If ur natural 👍 then it’s ok . “ Dheeksha worried.

Replying to her ANikha said that it is a concept photo shoot and it is the way she is supposed to look. “It’s not like I’m using makeup to cover up my insecurities. I WOULD NEVER DO THAT. And natural makeup is something that I love doing all the time and is part of my routine and you can see that on ig too. I’ve taken a lot of time typing this out too so I hope you see this learn something” Anikha replied.