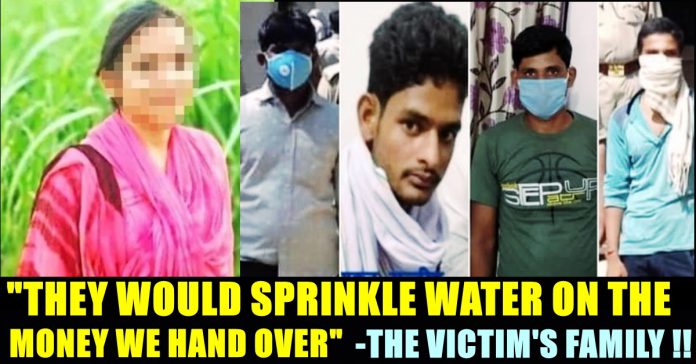 Women’s vulnerability to sexual violence is influenced by not just their gender but other marginalizations such as caste, sexual identity, class, disability, etc. Dalit, Bhujan and Adivasi women face a much higher proportion of sexual violence than dominant caste woman in India. In the Hathras rape case, the family of the victim are suffering caste discriminations including untouchability till today and the 19 year old girl girl was assaulted just because she belong to a particular community by the “Thakur Men”.

These four so called upper caste men sexually tortured a 19 year old Dalit girl who belongs to Hathras Village in Uttar Pradesh. She succumbed to injuries in a hospital in Delhi in the early hours of Tuesday. The incident created huge outrage in the country as influential personalities such as Virat Kohli, Suresh Raina, Kangana Ranaut, Akshay Kumar voiced out for the victim and demanded immediate justice for her.

The girl went to collect animal fodder with her mother from a field on 14th of September. They went to cut grass in the field which belongs to the Thakur men who are considered as upper caste in India. She was cutting grass with her mother and brother not too far off in a field. The girl’s mother had hearing issues and her ears were stuffed with cotton balls due to pain. After a while, when the brother went to fill water for the buffaloes, the victim who was wearing a Salwar kameez, dragged by her dupatta and was sexually assaulted by the four men. The mother who thought that her daughter would have left to home to drink water, called her name two times loudly and continued cutting grass. Only after seeing the mud traces and her daughter’s slippers near the house, the mother started looking for her daughters in the fields of Thakur men.

The victim was struggling for her life under the ventilator in an Aligarh hospital for around 3 days. Later, she was referred to Safturjung, Delhi on Monday. However, the conditions of Hathras rape victim failed to improve and hence she succumbed to the injuries.

The victim’s brother told media that the men who assaulted his sister, threatened to kill her family members 6 months ago. The girl who feared of losing her family members, didn’t disclose it to her family members till the attack. “I really wish my daughter had said something to me before,” her mother said, tearfully. “For the past six months, whenever we would ask her to step out for something she would make excuses by saying she was not well. Only now we know why.”

“They dump all their garbage and dirt on our side because we are dalit” the mother said. Nearly 20 years ago, Thakur’s family attacked the grandfather of the victim who requested them to take their buffaloes off his field due to the damage they done to his crops. “Angered that a Dalit could tell them this, they attacked him with a knife like object. When my grandfather tried to protect his neck, the knife cut away his fingers” the victim’s brother said.

“People here still practice untouchability. Our grandfathers still stand up if one of them passes by. You can never see a Thakur or Brahmin entering our houses. If they need to tell us something, they will send a messenger. Our ancestors used to clean their houses everyday for some bread. Today, the Thakurs are angry because we do not clean their houses or give them the respect they think they deserve” the brother said.

The cousins and brothers explained how even a shopkeeper would sprinkle water on the money they hand over to buy groceries. “By mistake if one of us touches a packet if biscuits, we have to buy it and cannot return it”, said the brother.

The victim’s another brother narrated how discrimination takes place in the schools of the village. The students who belong to balmiki caste are expected to clean the school premises. “They cannot say one sentence to us without using a cuss word. They always call our elders as “Tum” but our elders have to call even their babies “Aap”.” said the brother who is working as lab technician. “Dalits are not allowed even inside the village temple” he added.