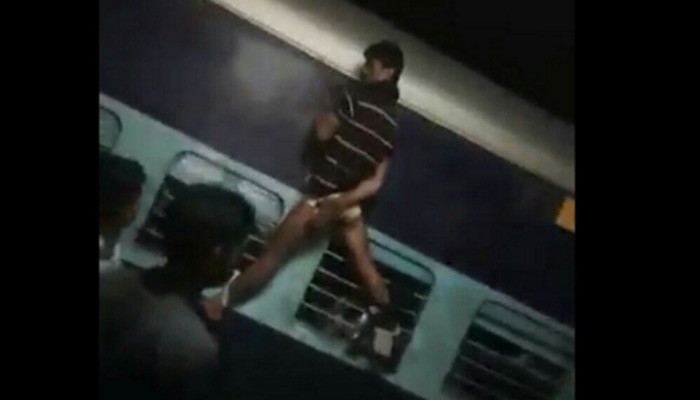 All hell broke lose when three men (the owners of the sacred bottle) assaulted Sumit for drinking water without permission. But they weren’t quite happy with what they did, so they went a step further and pulled the chain, got the train to a halt, dragged him out of the train and tied Sumit outside between two windows. To make things worse, the driver of the train (unaware of what’s happening), started the train and Sumit stood there hanging dangerously for four hours until the train finally halted at Itarsi station, shocking everybody who stood there on the platform.

The accused also hit him with a belt while Sumit continued to shout and scream for help. Finally, the people on the train and station came to his rescue and reported this incident to the RPF officials and has filed an FIR against them. All the accused belonged to Patna and were on their way to Mumbai when they decided to pull this shenanigan. Men like these are an absolute nuisance to the society. We’re hoping they’re punished severely for causing physical and mental trauma to Sumit.
Watch the horrifying incident caught on camera here –

Remember Ambani’s Son Anant? The Secret Behind His Overweight & Now How He Lost 70 KGS Revealed
End Of An Era! Rain God Ramanan Retires By March 31st