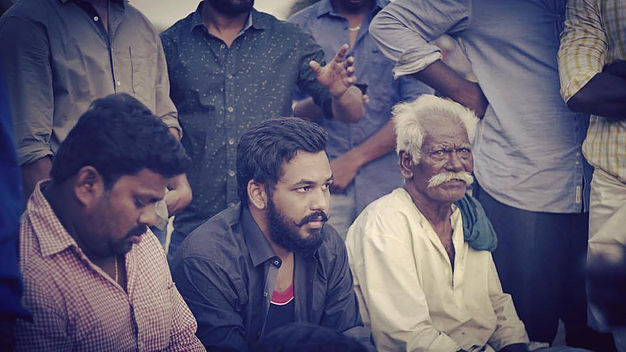 Takkaru Takkaru is the talk of the town right now. Takkaru Takkaru, a short film cum music video released by HipHop Tamizha last week has crossed over a million views on Youtube and the Jallikattu story has come to the fore again.
In the short film Takkaru Takkaru, Hiphop Tamizha Adhi exposes the double standards of animal rights activists and reveals the real intention behind the ban of Jallikattu. Ever since its release a week ago, the video has gone viral and has irked a certain section of animal rights activists who were behind the Jallikattu ban. Responding to the premise of the video, Bhuvaneswari Gupta from PETA said that “Hip Hop Tamizha is better off sticking to just making music, because factual accuracy is not their strong point. Respecting bulls is true Tamil culture, not inflicting pain on them and making them suffer.”
Even though PETA dismissed the questions raised in the video as mere work of fiction, the animal rights activists who are for Jallikattu have lent their full support to HipHop Tamizha.
After a week, HipHop Tamizha finally breaks his silence and responds to PETA’s criticism of the short film. In his latest interview to Tamil Hindu, HipHop Tamizha said “PETA has asked me to stick to just making music, Even though i am in the film industry, i embarked into music for a social cause. Most of my works revolve around social issues and my last independent release “Vaadi Pulla Vadi” was also against casteism and honour killings. If PETA thinks that i as an artist should stick to just making music, then the only question that comes to my mind is, what is a foreign organisation like PETA doing in India”.
Even though PETA finds the song objectionable, the general public seems to be in love with it. Also animal rights organisations like the “Biodiversity Conservation Council of India – BICCI” (which consists of animal rights activists who actually rear Bulls and work with animals) too disagree with PETA on this issue and have come out in support for HipHop Tamizha.
Takkaru Takkaru Aadhi!