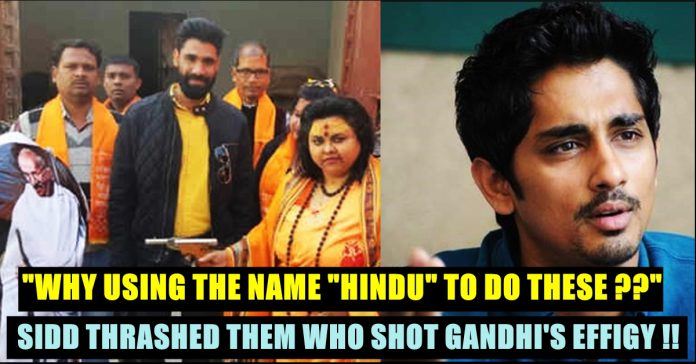 On the death anniversary of Mahatma Gandhi, the Akhil Bharat Hindu Mahasabha celebrated his death and the ‘martyrdom’ of Nathuram Godse, the man who killed Gandhi on January 30, 1948.

After Pandey shot at the Gandhi, ‘blood’ was seen oozing out of the effigy.

According to reports, Pandey also distributed sweets among her supporters and fellow Mahasabha members. 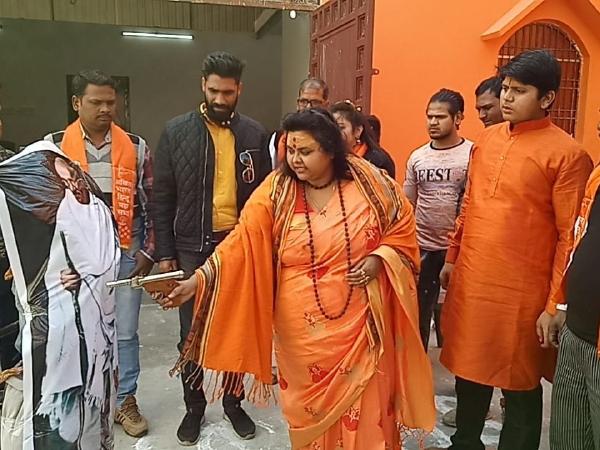 Akhil Bharat Hindumahasabha has always celebrated Gandhi’s death anniversary as ‘Shaurya Divas’ or Martyr’s Day, but they have never gone to the extent of shooting at an effigy of the Mahatma in celebration.

The fringe group of Shakun Pandey is not associated with the original Hindumahasabha. 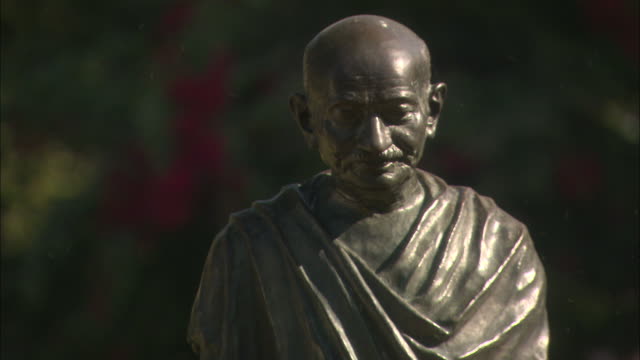 On Wednesday, the nation observed the 71st death anniversary of Mahatma Gandhi. Prime Minister Narendra Modi and President Ram Nath Kovind led the country in remembering the Father of the Nation.

On seeing this news highly disappointed actor Siddharth expressed his thoughts through his official twitter handle. Siidharth who never shied away from conveying his thoughts on any organisation or product or company or political party. The actor did not wanted them to mention any religion to do whatever they please. In his tweet he said “Please don’t use the word #Hindu to describe these people. They are free to do as they please in our country. Why malign a religion in the process?”

Please don’t use the word #Hindu to describe these people. They are free to do as they please in our country. Why malign a religion in the process? https://t.co/9FTrFeUlW1

Check out some of the reactions he is receiving :

‘Hindu Mahasabha’ is the name of the group not a description………are u joking?

Am surprised 😮 you say this? there is a similar group operating in TN as well. At the flip of a hat they will lodge complaint with City Commissioner that their religious feeling is hurt, the so called saviours of Hindu religion

Rename it to Hooligan Mahasabha.

Nobody is using the word #Hindu to describe them. They identify themselves as one. It’s a cop out to blame the press, when it’s the Hindu mahasabha that it’s maligning Hinduism.

You nailed it. Most painful is that they are creating a distorted face of Hindu

No wonder. They are with ruling party. And @BJP4India with them. Will govt book sedition case and be called anti-national?

Hindu mahasabha is name of political party..it’s not their description

Wha do you think on the actor’s statement ?/ Comment your views below !!