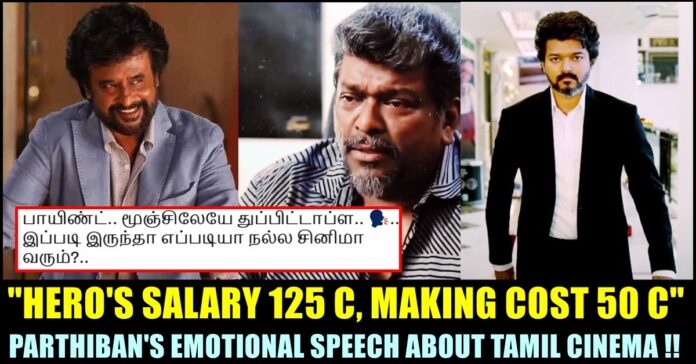 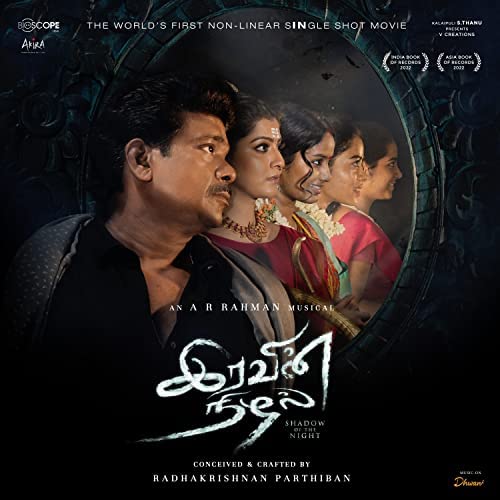 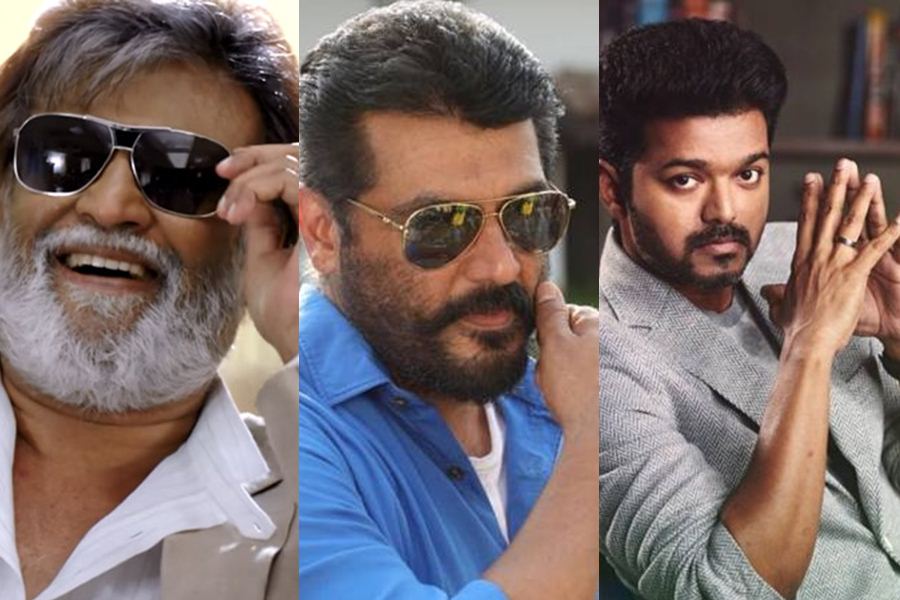 “Generally, in cinema, making cost will be the highest comparing to the salary of the stars. In Hollywood, if a film’s budget is Rs. 500 crore, the making cost will be Rs. 400 crore. In our place, if the film’s budget is Rs. 200 crore, Rs. 125 crores of it goes to the hero. They are spending Rs. 50 crore for the making and paying Rs. 25 crore for the director. The director is getting paid that much money only to constrain the budget within Rs. 45 crore, not to make a good film” the filmmaker said in the interview.

“This is the reason why we are getting films that has no intent” the filmmaker added. Video of Parthiban’s speech is going viral in social media platforms with fans reacting to it in various ways.

Check out some of the reactions that surfaced for the speech of Parthiban :

agreed, I dont see why rajini, vijay and ajith get 100 crores and above as their salary. Their movies have no repeat value whatsoever except a selected few films.

This way, tamil cinema will never be grand in the coming years.

Thalaivaa @Rajinikanth
When will we see you in Bahubali RRR KGF2 Dangal like good Screenplay & High production value films?
Will #Jailer give that experience ?@soundaryaarajni @RIAZtheboss @Nelsondilpkumar https://t.co/X95pxeeXEW

Very true! #KGF2 hero #Yash‘s salary was 30Cr. which is 3 times lesser than our Tier 1 Actors like #Rajinikanth and #Thalapathy who are taking 100Cr+#KGFChapter2 did 1200+ Cr with a huge promotions#Annaththe and #Beast failed

While we were thinking that it is the media and fans who are milking attention by buzzing about Virat stepping down from captaincy, the...

"Kalyana Veedu" is a popular serial which has a huge viewership across the state. The serial is being directed by Thirumurugan who is fondly...

The Detailed Argument Of Ravindra Jadeja & Ishant Sharma Leaked !! Seems They Abused Each Other !!

On the fourth day of the recently-concluded second Test between Australia and India in Perth that the visiting team lost by 146 runs, two...

Emerging filmmaker Lokesh Kanagaraj reacted to the controversy that emerged against him regarding the story of his blockbuster film "Kaithi". He who decided not...