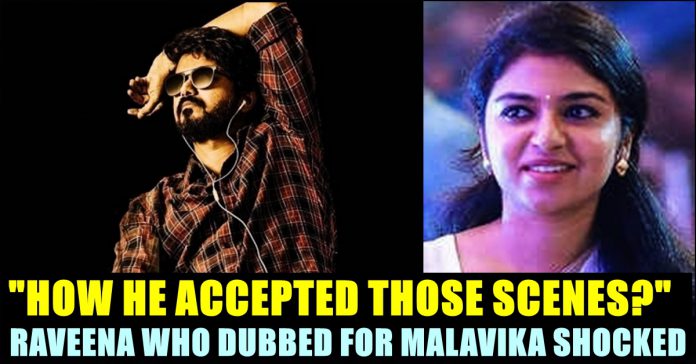 “Master”, one of the most expected film of the year 2020 was supposed to release on 9th of April but got postponed without further notice due to this global pandemic caused by coronavirus. The deadly virus killed more than two and half lakh people across the world and interrupted the daily life in big time. Daily labours, Industrialists, Entrepreneurs and people working in almost every field are suffering financially due to this Corona outbreak. Tamil Film industry is no exception as production of all the movies got stopped abruptly to avoid the spread.

Makers of “Master” have released 3 looks so far and the audio launch of the movie took place few days before the lockdown announcement. Despite of the lyrical videos and posters released, fans of actor Vijay are eagerly waiting to get a glimpse of their idol through trailer or teaser or any kind of update from the team. However, Director Lokesh kanagaraj, in a recent interaction said that there will be no progress in “Master” till the end of this outbreak.

Now, to the surprise of Vijay fans, Raveena, actress and popular voice artist has revealed about the character of actor Vijay in “Master” which she witnessed while dubbing for Malavika Mohanan who plays the romantic interest of Vijay in the movie. Raveena ravi, daughter of senior voice actor Sreeja Ravi, is one of a leading voice actor in Kollywood who lent her voice for top heroines such as Samantha, Rashi Khanna, Amy Jackson etc. She also debuted as an actress through “Oru Kidaayin Karunai Manu”, a critically acclaimed film released in 2017.

In her interview with Cinema express, Raveena revealed that she voiced for Malavika Mohanan. Raveena said that the film won’t be a regular “mass entertainer” film of actor Vijay. “Master is a different film and I wonder how Vijay Sir accepted some scenes” she said about the characterization of actor Vijay who plays the role of college professor in this 64th venture of him.

As soon as she revealed what she knows about “Master”, her name is trending in the micro blogging social media site.

Raveena : #Master Is an Different & Not an Usual Mass Entertainer Film. I Wonder How Thalapathy Sir Accepted Some Scenes. What I Felt Was It Was Not an Regular Type Of Vijay Sir Film, It Will Be Completely Different From His Previous. It Was Very Fresh ! pic.twitter.com/IkpEF9ZYvj

She further shared the experience she had while dubbing for Malavika Mohanan. Raveena who got influenced by Malavika’s Malayali accent managed to complete it with perfection. As far as Vijay films are concerned, Raveena lent her voice for Samantha in Kaththi and Amy Jackson in Theri in previous occasions.

In the movie “Kavalthurai Ungal Nanban”, Raveena played as heroine but unfortunately the movie’s release got interrupted due to the lockdown announcement. She completed acting in one more film named as “Rocky” which is also expected to release post lockdown. Coming back to “Master”, the film is believed to revolve around a college professor who worked as a teacher in a children reform school in his past. Vijay Sethupathi, Arjun Das are playing the role of antagonists whereas Shanthanu, “96” Gowri are playing pivotal roles.