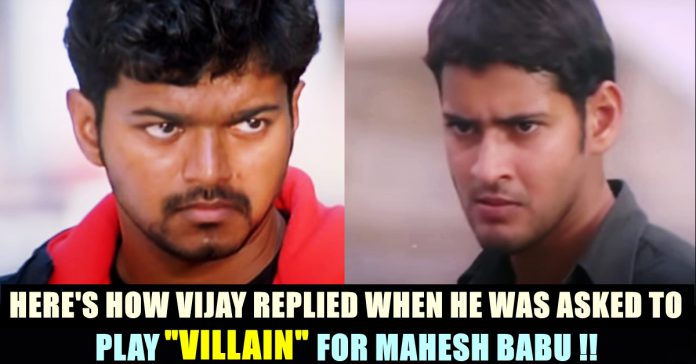 Telugu Superstar Mahesh babu celebrated his 45th birthday on Sunday and the online fans of the actor celebrated it by trending various kind of hashtags in Twitter. The actor, on the special day, motivated his fans by planting a tree and challenged actor Vijay, Junior NTR, Shruti Hassan to do the same in order to make the world more greener.

“There couldn’t be a better way to celebrate my birthday #GreenIndiaChallenge I pass this on to Junior NTR, Vijay, Shruti Hassan. Let the chain continue and transcend boundaries. I request all of you to support the cause. One step towards a greener world.” the actor wrote in his tweet.

There couldn’t be a better way to celebrate my birthday💚 #GreenIndiaChallenge
I pass this on to @tarak9999, @actorvijay & @shrutihaasan. Let the chain continue and transcend boundaries😊 I request all of you to support the cause. One step towards a greener world! pic.twitter.com/MGDUf9B4xu

The “Thalapathy” actor replied to the challenge by involving in the activity. He posted the pictures of it and made the internet go gaga :

This is for you @urstrulyMahesh garu. Here’s to a Greener India and Good health. Thank you #StaySafe pic.twitter.com/1mRYknFDwA

In the promotional interview which was shot during his “SPYDER” movie release, A.R Murugadoss who appeared with Mahesh babu said that he had an idea of doing a bilingual film with Vijay and Mahesh Babu in Tamil and Telugu. Interestingly, the filmmaker opened on how actor Vijay reacted when he asked him to play Mahesh babu’s villain in the Telugu version.

“When I asked his opinion on it, initially he accepted. After that he said that he will do that role only if Mahesh babu acts in it. “After developing the character and plot, if you say that Mahesh is not doing it, then I won’t do it as well” said Vijay to A.R Murugadoss according to his interview.

A.R Murugadoss worked with actor Vijay in three of his movies and two of them became blockbuster hits. He worked with Mahesh in “SPYDER” which was released in the year 2017. Vijay, being one of the most prolific actors in Tamil film industry, enjoys a huge fan base among the Tamil audience. The actor who acted in the Tamil remakes of Mahesh babu’s “Okkadu” and “Pokiri” as “Ghilli” and “Pokkiri” respectively, once again proved how much he believes in Mahesh Babu’s script selection through his response to A.R Murugadoss.