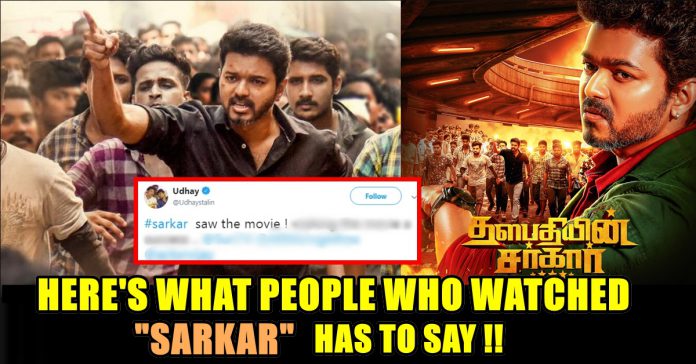 Here’s What People Who Watched SARKAR Has To Say !! Check Out !!

Mersal released on Diwali 2017 and became a blockbuster even though it was embroiled in several controversies. In Tamil Nadu itself, the film had earned over Rs 125 crore. No surprise then that Vijay’s 2018 Diwali release, Sarkar, has huge expectations attached to it. Besides buzz around Sarkar in Tamil Nadu, Kerala is excited about the film as well. 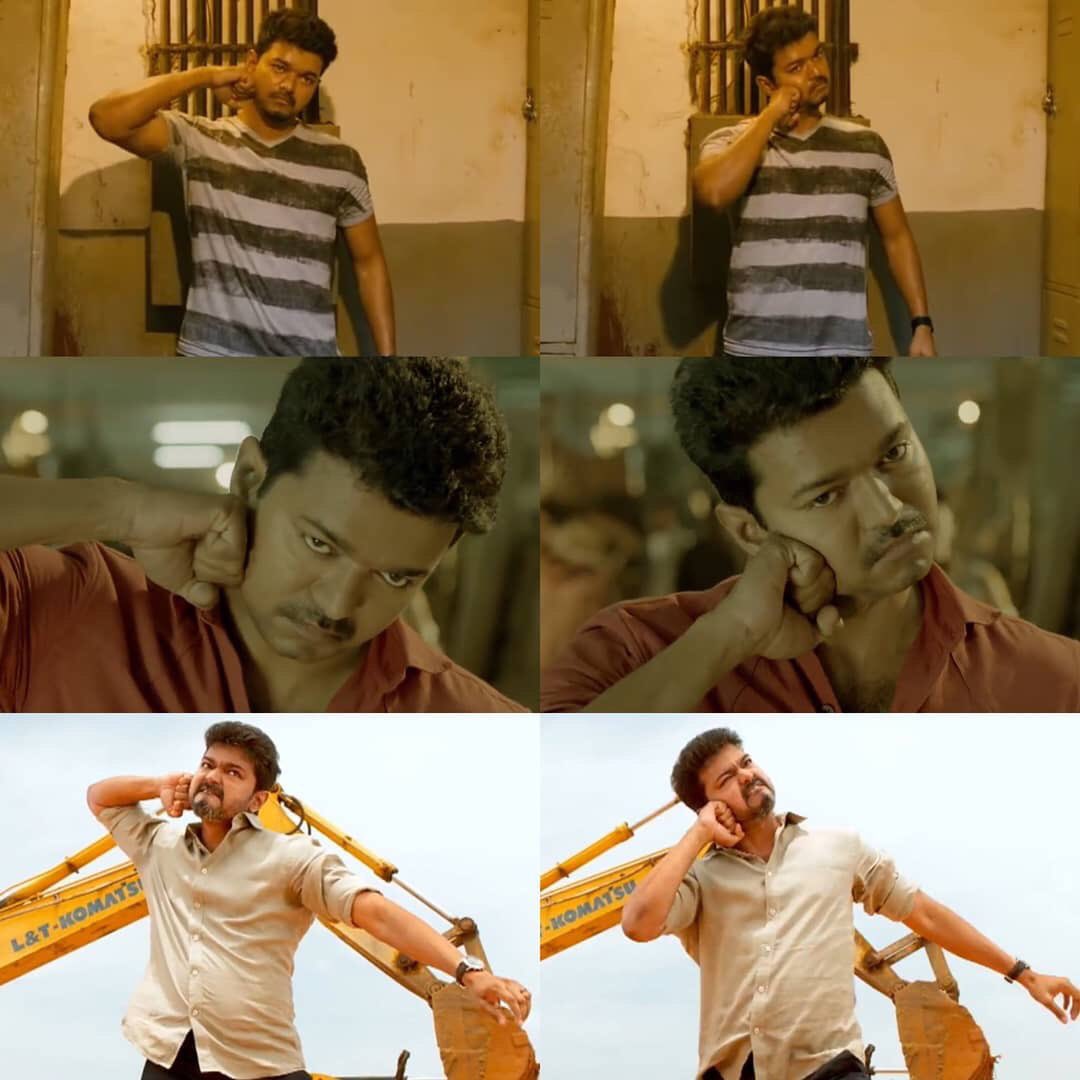 In Kollam, a fan club called Kollam Nanbans, has erected a 175 feet cutout of Vijay. This is one of those rare times when an actor from another state is getting so much attention in Kerala. In fact, in Kerala, Sarkar will release in 402 screens with 1,200+ shows. In fact, some theatres have also announced 24 hour non-stop marathon show from 4am on Tuesday.

Here are some of the reasons that makes Sarkar a much-awaited film.

*Thalapathy Vijay is the biggest reason. Vijay fans believe that in the time to come, the actor will join politics, and the film being a political drama makes it relatable for them.

*After Thuppakki and Kaththi, Sarkar is AR Murugadoss and Vijay’s third film together.

* Music is by Oscar winner AR Rahman. Songs have already become hits and people are eager to watch Vijay dancing to these songs. 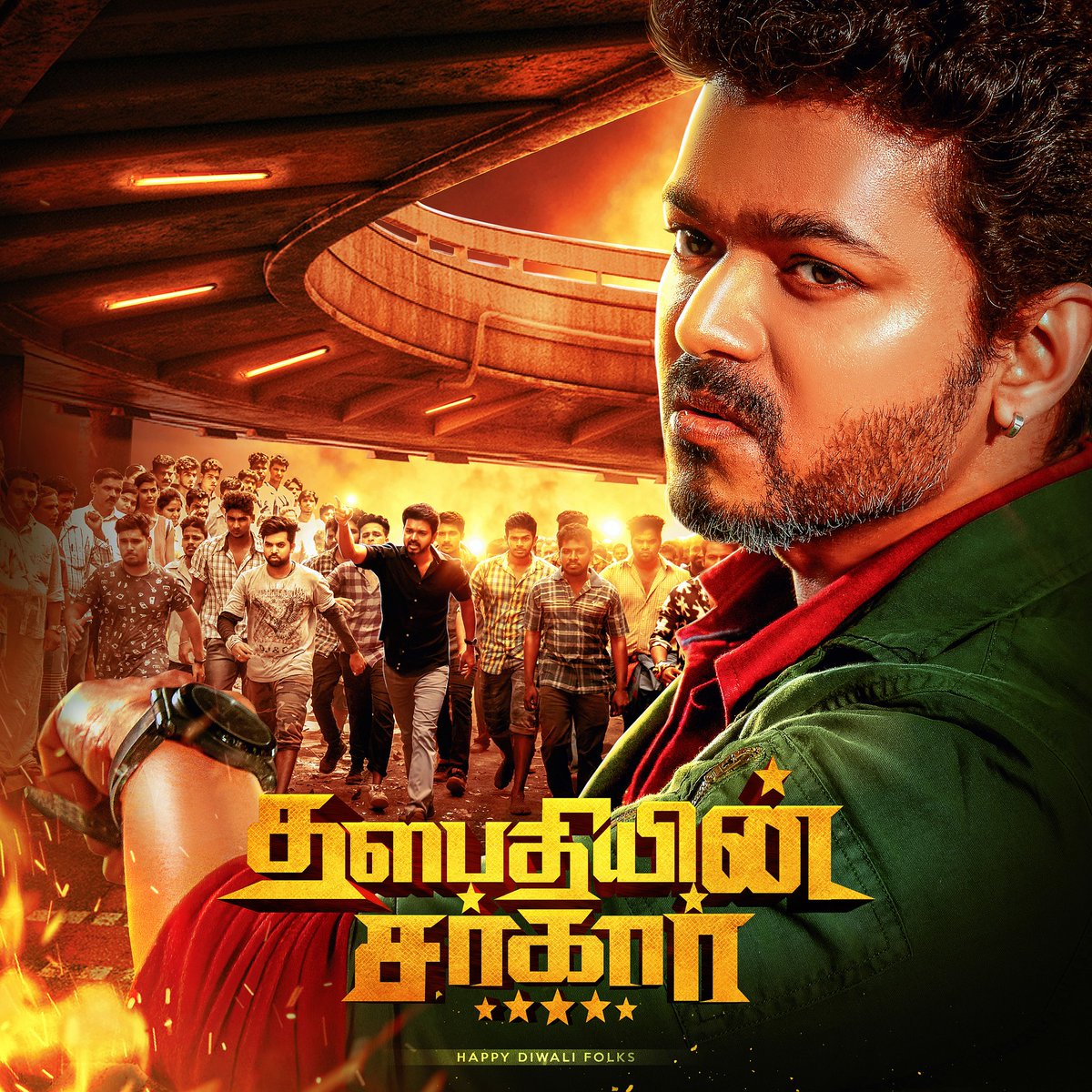 *Sarkar’s teaser and songs have garnered record-breaking views on YouTube. The teaser had hit 20 million+ views in 48 hours.

Keerthy Suresh and Varalakshmi Sarathkumar are female leads in Sarkar. Produced by Sun Pictures, the film has dialogues by Jeyamohan.

Now the film has been screened in many theaters as special show and the feedbacks are pouring in Social media. Check out some of the selective ones here :

Excellent political drama with brilliance sparkled throughout. After people doubting the director’s calibre and credibility, he has given a tight slap to them by giving the most perfect comeback ever.
#sarkarreview

#Vijay is the lifeline, the real treasure of #Sarkar . He sinks his teeth into the character and, in several sequences, peels off the mask of “superstardom” and brings the actor to the fore.
Congratulations @actorvijay #sarkarreview#HappySarkarDiwali 2/2 pic.twitter.com/M73ekbxTEH

#SarkarReview There could be positives here and there but this isn’t a first timers’ movie to be appreciated and encouraged. When kings of industry come together they have to deliver the best. If not this is how brutal the verdict has to be.

[1/4]#Sarkar final verdict: As a Die hard Rajini fan I really enjoyed the movie more than Theri and Mersal. To say that #Sarkar will make 200+CR wonders at the BO would be an understatement.

Met my expectation: YES, much much better than expected#SarkarFDFS #SarkarReview

#SarkarDiwali #sarkarreview #Sarkar #vijay is holding whole movie with punch dialogues which has predictable and weak screenplay…felt like #sivaji 2.0

Spoiler alert: #SarkarReview
A Badass Movie to all f***ing politicians! If you voted a wrong candidate, pls don’t watch this movie it will hurt you in
#Sarkar A Pure Content movie @ARMurugadoss awareness @actorvijay Mass-Top Tucker and his charisma wow🔥😍 pic.twitter.com/Ts06tiH0E8

SARKAR – A story which could have been conveyed in a much more convincing & believable way.

#Sarkar A Poltical Movie with all the commercial elements & ever stylish #Thalapathy at his best. #ThalapathyFans will celebrate this movie & watch it multiple times.
Best Ever Diwali treat from #Thalapathy to his fans. #ThalapathyDiwali #SarkarFDFS response

Talk about your experience. Talk about the performances and if the story was effective. Not every story block and which scene/sequence comes where in the film. People want to know your view, not the entire script. Please🙏#Sarkar #SarkarFDFS

This is how it feels after coming out of the cinema theatre and giving #SarkarFDFS review to YouTube channels : 👇😂 pic.twitter.com/hU5Qqv4RED

Somebody in the 40’s can look so jaw dropping, it has to be @actorvijay 😇#Sarkar is pure information. With very little breathers, the story is given top priority. Major showdown is yet to begin but propaganda has begun already.

Director @ARMurugadoss delivers an eminently watchable film, no two opinions about it… Final word? #Sarkar delivers what it promises: King-sized entertainment… Get ready for the Tsunami at the BOX OFFICE .

OUTSTANDING SCREENPLAY & Story by genius @ARMurugadoss !#Vijay’s Charisma , Style , Attitude are out of this world 😍 !#ARM = King of Content !

Have you watched the movie ?? If yes comment your views below !!

Vikranth’s Special Message To Shanthanu For Joining Thalapathy 64 !! Check OUt The Reactions !!

Amidst of the waves of BIGIL, the updates of Thalapathy 64 hitting the Internet like storm for past three days. The production house of...

The most awaited update of "Beast" movie landed on 7 pm of Wednesday. While fans were highly anticipating the makers to announce the release...