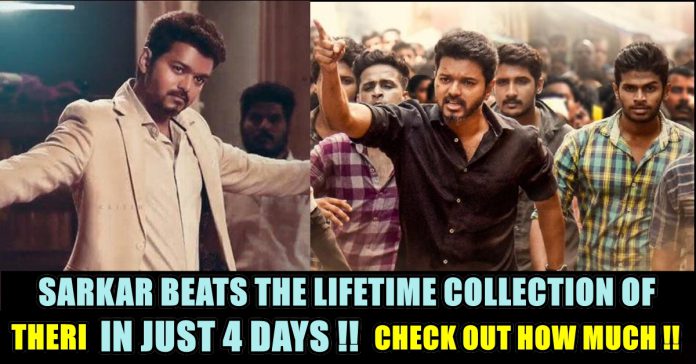 Thalapathy Vijay’s Sarkar is the hottest news in the country right now. The film has been running into controversy after controversy even before its release. Sarkar broke the box office records right on day 2 when it crossed Rs. 100 crores. The film has now collected Rs. 150 crores worldwide beating the lifetime collections of Vijay’s Theri. Trade experts are predicting a lot more by the end of this weekend. Film analyst, Kaushik, posted on his Twitter, “#Sarkar150CR+ WW gross, in just 4 days Crosses Theri’s WW gross & is steadily racing towards the 200 CR mark next. Overseas is giving grt numbers for #ThalapathyVijay as usual, along with TN.. His 3rd 150+.. Vera level! #Sarkar”.

#Sarkar150CR+ WW gross, in just 4 days 👌👌 Crosses Theri’s WW gross & is steadily racing towards the 200 CR mark next. Overseas is giving grt numbers for #ThalapathyVijay as usual, along with TN.. His 3rd 150+.. Vera level! #Sarkar pic.twitter.com/5LvDLgM335

Despite courting controversies and backlash from members of the ruling party in Tamil Nadu, Sarkar continues to hold steady at the box office. The Vijay starrer is one of the biggest Tamil releases of the year as it was released on 3000 screens across the globe. 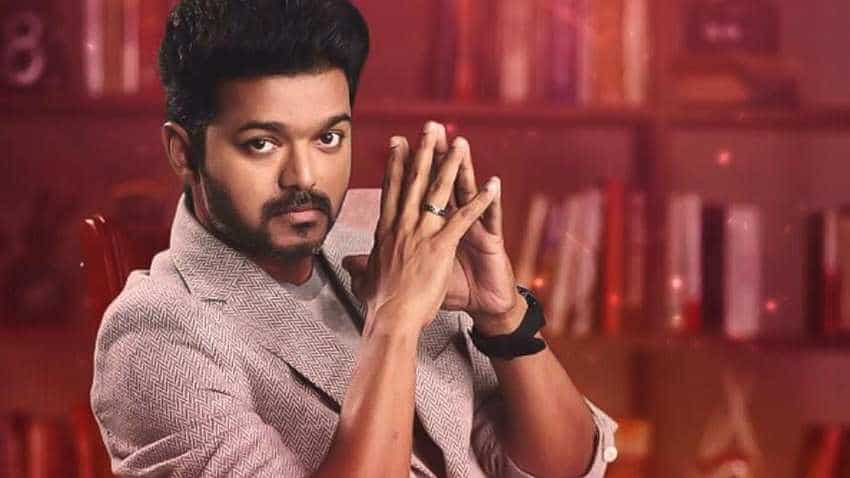 Protests had erupted across Tamil Nadu over certain scenes which showed state-provided freebies being thrown in the fire. Members of the ruling party also took objection to the female villain’s being called “Komalavalli”. The actual name of former Chief Minister of Tamil Nadu Jayalalitha was Komalavalli.

#Sarkar 4 days (Nov 6 to 9) gross in Chennai City = ₹6.45 Cr. A drop on Thursday & Friday due to “fear psychosis” created by raging political controversies, otherwise would have crossed 7 Cr. Expected to rock for weekend as advance booking is solid. pic.twitter.com/X8MaAE1ppP

In the wake of the growing criticism, the team of Sarkar on Friday decided to make some changes to the film. In an application to the Central Board of Film Certification (CBFC), the team requested to omit some scenes and dialogues from the movie. Sarkar’s re-edited version was showcased across screens from Friday evening. 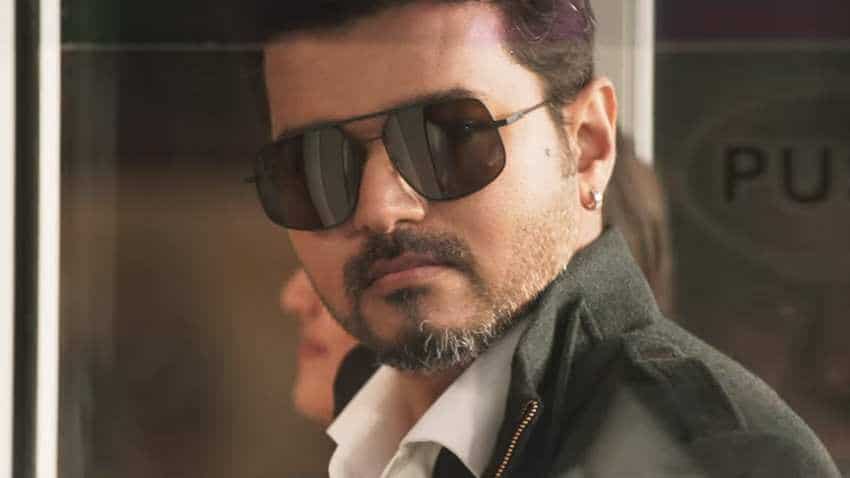 According to trade analysts, the film is unstoppable in the US. The latest report suggests that Sarkar has minted nearly Rs 5 crore in the US.

It is said that the box office collection might increase during the weekend as theatres in the state are already running to packed houses due to advance booking. 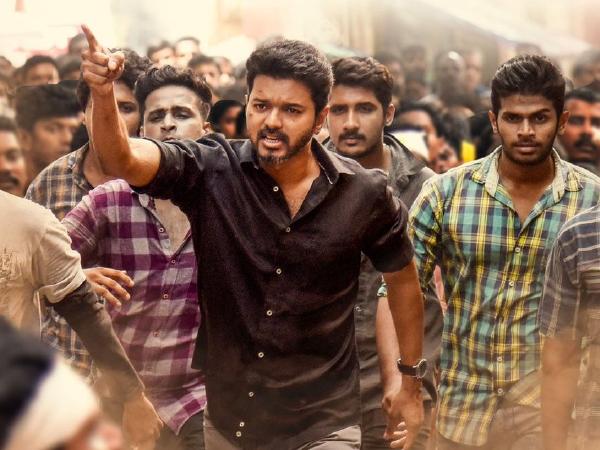 Sarkar landed in trouble when AIADMK ministers claimed that the film criticised the government welfare schemes which were introduced by late chief minister J Jayalalithaa.

The number of abusive texts and posts that are being created against female celebrities in social media platforms are increasing in vast number. Knowing...

Vijay’s Makkal Iyakkam Got Trolled After A Candidate Got Rejected Due To His Age !!

A 19 year old youth who wished to contest in the local body elections on behalf of actor Vijay's "Makkal Iyakkam", got rejected due...