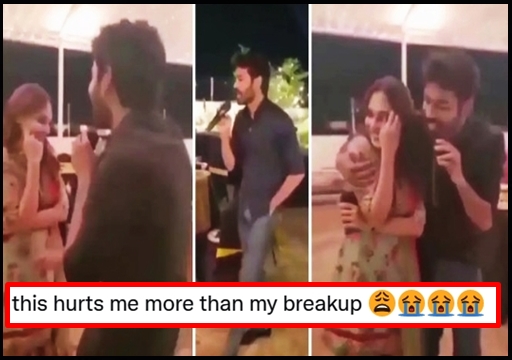 “Honestly, right from my childhood, i loved this couple. It takes a clear thought process to acknowledge their future in public. I wish them the best” said youtuber Madan Gowri in his tweet whereas movie reviewer Prashanth came up with a tweet writing “Marriage is never easy. No matter how many years you are together. You feel as if it has happened in your own family” through his tweets. A fan uploaded a video of Dhanush singing “Ilamai Thirumbuthey” song for Aishwarya and worried that it happened just one year ago.

Here’s some of their reactions :

Honestly, right from my childhood, i loved this couple. It takes a clear thought process to acknowledge their future in public. I wish them the best ❤️

Marriage is never easy. No matter how many years you are together.

this hurts me more than my breakup 😩😭😭😭

You feel as if it has happened in your own family.

This one is not even an year old ra 💔#Dhanush pic.twitter.com/9k3I2zc4Q7

They’ll both be in a lot more pain than we are. 🥺💔 #Dhanush pic.twitter.com/z1i04eI4Fw

#Aishwarya was so happy for Appa #Rajinikanth & husband #Dhanush when they won the award few months ago.
Suddenly what went wrong.
Seeing the Insta of Aishwarya clearly says she was so happy.
Now this ????? pic.twitter.com/svaGIdTpvR

We #SilambarasanTR fans have face many similar problems

This cant be truee 💔 #Dhanush pic.twitter.com/ugK8IfqCD9

Let us wish Dhanush and Aishwarya to lead a happy and positive life from now on and reach success in all their endeavors !!

Previous articleJUST IN : Dhanush & Aishwarya Announced Separation From Each Other !!
Next article“Please Be Strong Thalaivaa” – Fans Expressing Their Concern Over Superstar Rajinikanth

While media outlets and public believed that Raina left CSK and reacted due to the assault in his uncle's home, a shocking new update...