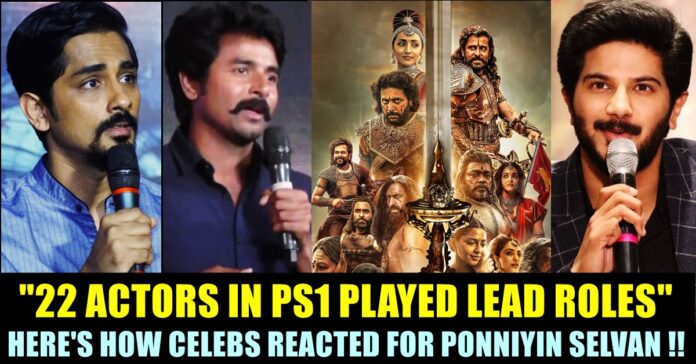 Apart from fans who are raving about the magnum opus of Tamil cinema “Ponniyin Selvan”, even a bunch of celebrities from across the film industries of the country can’t keep calm for the release of the film. With celebrities such as Sivakarthikeyan and Dulquer salman wishing the film crew for a huge success, likes of Siddharth, Ashok Selvan watched the film and posted their reviews in a way of encouraging the audience to watch it in the big screens. 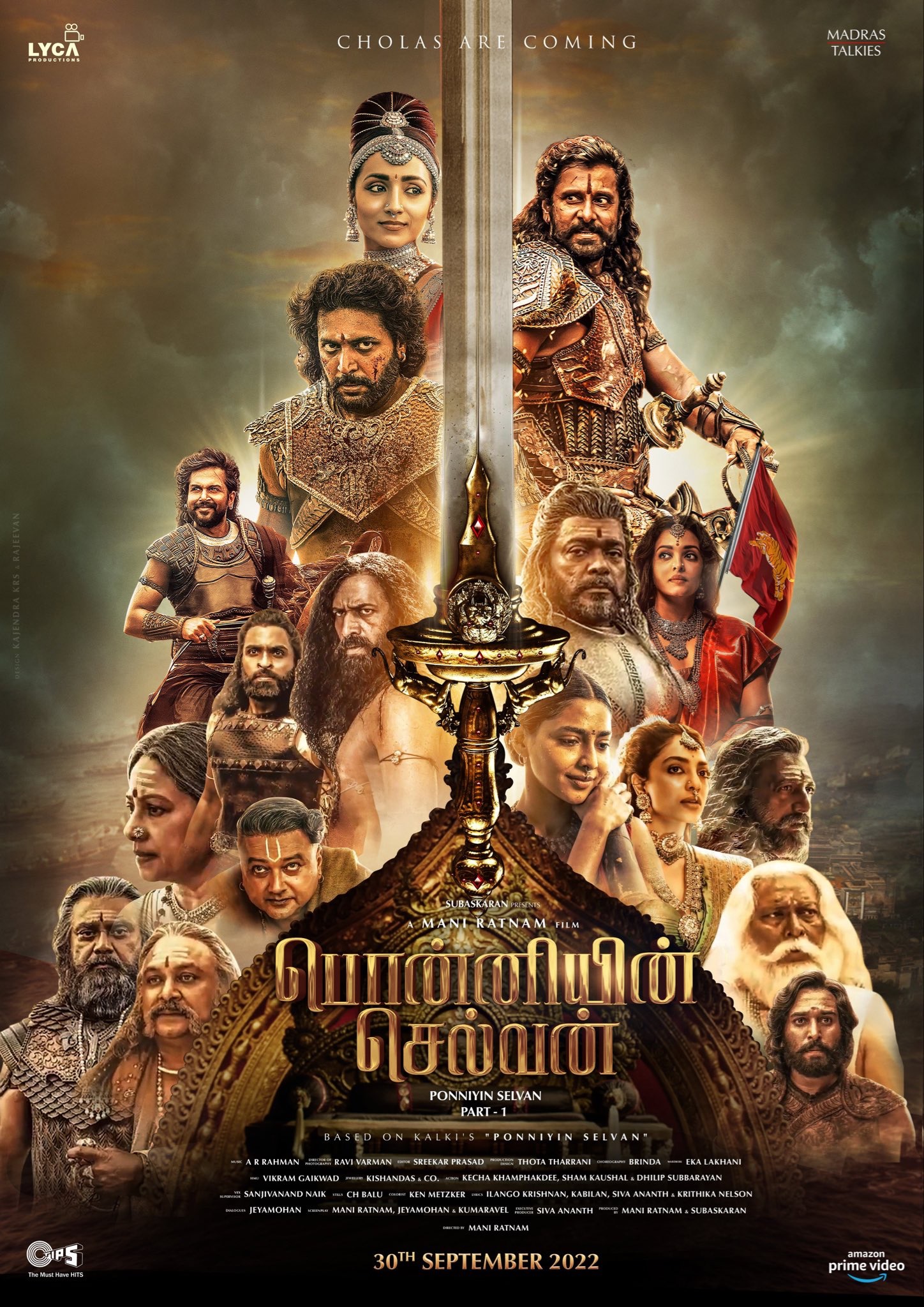 “Waiting to watch The Great Kalki’s #PonniyinSelvan1 in our legend #ManiRatnam Sir’s magic 🙏 Best wishes to the entire team 👍 May this be the humongous hit of Indian cinema 👍💪” Sivakarthikeyan said in his tweet before the release of the film whereas actor Siddharth uploaded a story recommending the film to the speakers of various languages.

Counted 22 Male and Female actors in #PS1 who have played lead roles at least once in the past… across at least 5-6 languages… maybe more. Might be some kind of record.

Hearing the most amazing things about #PonniyinSelvan1 #PS1 ! With so many friends like family in the film it feels like a personal victory ! Take a bow team ! @MadrasTalkies_ #ManiSir @arrahman pic.twitter.com/b9rWBW7NwS

I was curious to see #ManiSir’s version. Our generation grew up watching his films and the magic he manages to create on screen with incredible talent. He has delivered a master class on filmmaking. I loved watching it. Don’t miss this epic on the big screen ❤️❤️

Waiting to witness the epic on screen today!! Thanks to the whole team of #PonniyinSelvan for making this happen!! So happy to see the way #Tamil people owned this film even before the release! #PS1 #witnessme pic.twitter.com/KpznAS9jHW

“Ponniyin Selvan” is receiving highly positive reviews from fans post release. The dream project of converting “Ponniyin Selvan” book into a film was planned by many leading stars including MGR and Kamal Haasan. The dream is coming true only through the seasoned filmmaker who is known for giving master pieces in the history of Indian cinema. The most awaited trailer and songs of the multi starrer got released in the presence of Ulaganaayagan Kamal Haasan and Superstar Rajinikanth. Now, many prominent celebrities came forward to promote the film which displayed a healthy relationship between the members of Tamil film industry !!

The trailer of Thackeray, based on the life of Shiv Sena founder, late Bal Thackeray, has stirred row over its controversial dialogues. Actor Siddharth has...