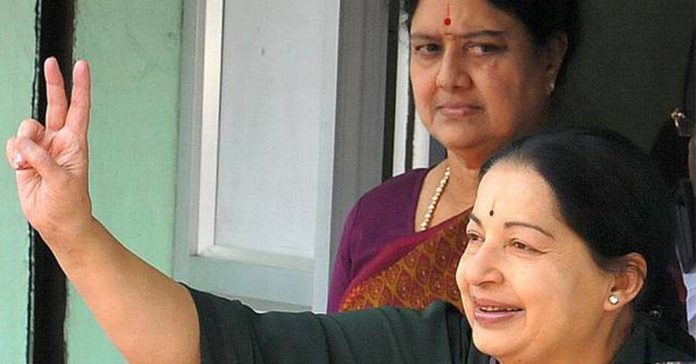 The Justice A. Arumughaswamy Commission probing J Jayalalithaa’s death, her close aide VK Sasikala has narrated the events leading up to the unfortunate incident.

Some serious questions have been asked since the demise of Jayalalithaa such as What happened on September 22, 2016 – the day the then Tamil Nadu Chief Minister, J Jayalalithaa, was admitted to hospital? What led to her hospitalisation exactly, and what happened at the Apollo hospital in Chennai since then, until her death in December?. And finally, months after a probe was ordered into her death, her close aide VK Sasikala has filed an affidavit with the Justice Arumugasamy Commission. In the 55-page document, Sasikala has recollected that around 9.30 PM on September 22, 2016, The time when she was fainted K.s Sivakumar, a doctor, friend of Sasikala attended Jayalalitha at first. “She called out to me for help. I suggested going to hospital, but she refused. She passed out and I called the doctor for an ambulance,” Ms Sasikala claims.

Two personal security officers and a driver were also called immediately. An unconscious Jaya regained sense in the ambulance. Sasikala recalled that Jayalalitha had refused to get admitted in the hospital earlier in the day. The 55 page document consisted 99 paragraphs of Sasikala’s testimony. Ms Sasikala has also said that Jayalalithaa was videographed in a lucid state four times in hospital and senior AIADMK leaders including O Panneerselvam and M Thambidurai met her; both leaders have said they were denied access to Jayalalitha in her three months.

According to The News Minute, The source tells TNM that Sasikala has submitted a record of Jayalalithaa’s blood pressure and sugar levels from 2014. Even details of her food consumption were in it, and it has all been submitted to the Commission. On September 21, according to the source, Jayalalithaa had felt unwell while inaugurating a new corridor of the Chennai Metro Rail. “Akka (elder sister) was being taken from the MDCCU (Multi-Disciplinary Critical Care Unit) on the second floor to the ground floor on a day before September 27 for being scanned. At that time, Jayalalithaa saw Veeraperumal and Perumalsamy, her Personal Security Officers. Akka told them, ‘I am fine now, do not worry. Doctor has asked me to stay for a few days. I can go home soon’,” the affidavit says.

“On October 22, 2016, Governor C Vidyasagar Rao saw Akka through a glass partition. Akka saw the Governor and raised her hand. The Governor has described this interaction in his book Those Eventful Days. After this, the Governor met me too,” Sasikala’s affidavit adds.

Sasikala says she has made videos of Jayalalithaa with her permission, of which four have been submitted to the Commission.

The footage includes Jayalalithaa being treated in 2015 and 2016, before the Assembly election.

Sasikala says this was part of Jayalalithaa’s efforts to document her health. Four video clips shot at Apollo Hospitals have also been submitted to the Commission.

According to Sasikala, Jayalalithaa’s room at Veda Nilayam contains a note proving she was lucid in November, 2016. In it, Jayalalithaa had instructed AIADMK’s parliamentarians on the party’s strategy for the winter session of Parliament.

According to various media reports, India skipper Virat Kohli is all-set to attend the selection meeting at the Board of Control for Cricket in...

After more than a decade, director Shankar who is known for making high budget films with advanced technology, subjected to severe online criticism for...