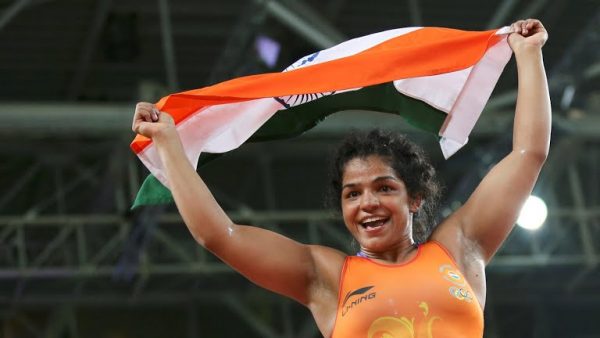 Here Is How Sakshi Changed The Scoreline From 0-5 To 8-5 In Less Than Final 60 Secs!

She fought the battle from 0-5 down to seal the bout at 8-5. In less then a minute left on the clock she scored a three-point move to seal the bout giving India it’s first medal at Rio 2016 Olympics.
Watch the last 10 seconds when Sakshi was down by 5-4:-

#SakshiMalik Won the Bronze Medal for India in Rio Olympic 2016, Congratulation everyone pic.twitter.com/xfxJcs2r4x

She turned the game in last 10 seconds. Here’s the video of Sakshi Malik receiving the first ever medal for India in Rio Olympics 2016:-

We are proud of Sakshi Malik who won first medal for India in Rio olympics. Share this video & share the joy!

Previous article10 Chennai startups which are beating Bengaluru at its tech game
Next articleBiggest Lies Told in India !

Master movie of actor Vijay is currently under shooting progress and is expected to hit the screens on the April month. The film “Master”...

Indian middle order batsman and prominent wicketkeeper MS Dhoni professed his love for the Indian Army as he sported the regimental dagger insignia of...