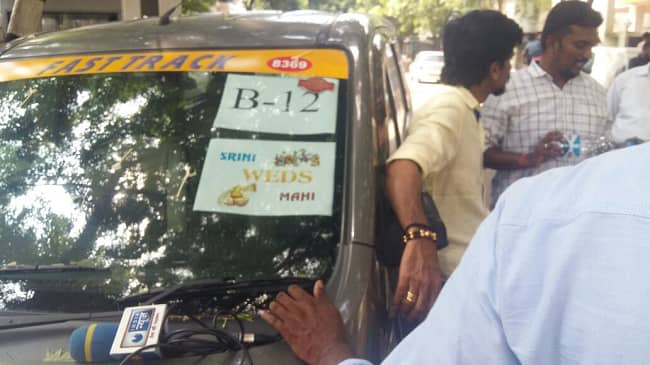 Income tax vehicles were in disguise as wedding groups

According to sources, a whopping 215 properties and 355 people came under the scanner on Thursday. The raids began simultaneously at 67 locations at around 5.30 am in the morning. This later went up to 188 locations.

Sources reveal that one of the ways was by disguising the multitude of vehicles used in operation as a wedding group. Several of the cars used by the I-T officials carried a poster that said ‘SRINI weds MAHI’. The poster was used to divert any suspicion over the enormous number of vehicles that were used to travel across the state. 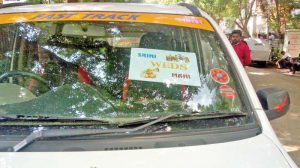 A  total 1800 officials have been deployed for this massive operation and a marriage party would have been the perfect cover for this sudden surge in demand for vehicles. Six commissioners were part of these raids. 350 cabs from Fast Track were booked by I-T officials in Chennai alone.

I-T Raid in 180 places across the state

A total of 187 places were being searched in Tamil Nadu, Karnataka and Puducherry, I-T officials said.
Around 1,800 I-T officials, including six in the rank of commissioners, were involved in the searches. 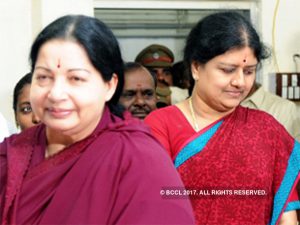 The  I-T searches targeted residences and establishments run by Sasikala’s family members such as brother Dhivakaran, her sister-in-law Ilavarasi’s son Vivek Jayaraman, as well as a number of their supporters and associates.

The last time Sasikala and family came under the I-T scanner was in 1996 – after Jayalalithaa’s rout in the Assembly Elections. The corruption allegations that surfaced following her first term in power in Tamil Nadu led to over a dozen cases against the former CM, including the Disproportionate Assets case. Sasikala also found herself named in 39 cases and was eventually arrested in June 1996.