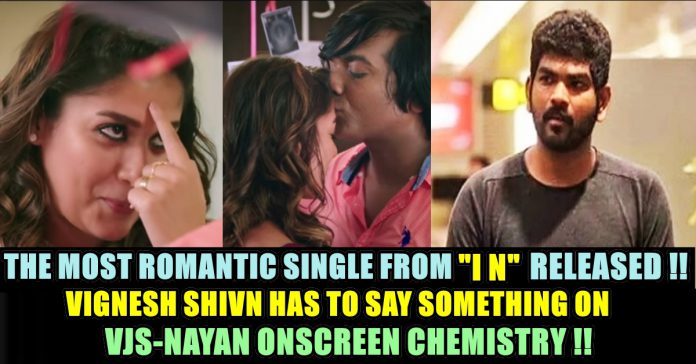 This August should be the most exciting month for Nayanthara as well as her fans. Followed by Kolamavu Kokila, Imaikka Nodigal is getting released this August.

While it was announced last week that debutant director Nelson Dilip Kumar’s Kolamavu Kokila, in which Nayanthara plays a drug peddler, had released alongside Vishwaroopam 2 on August 10th, her Imaikkaa Nodigal has been confirmed to release on August 30. It’s the first time in her career Nayanthara will be having two releases in a single month. 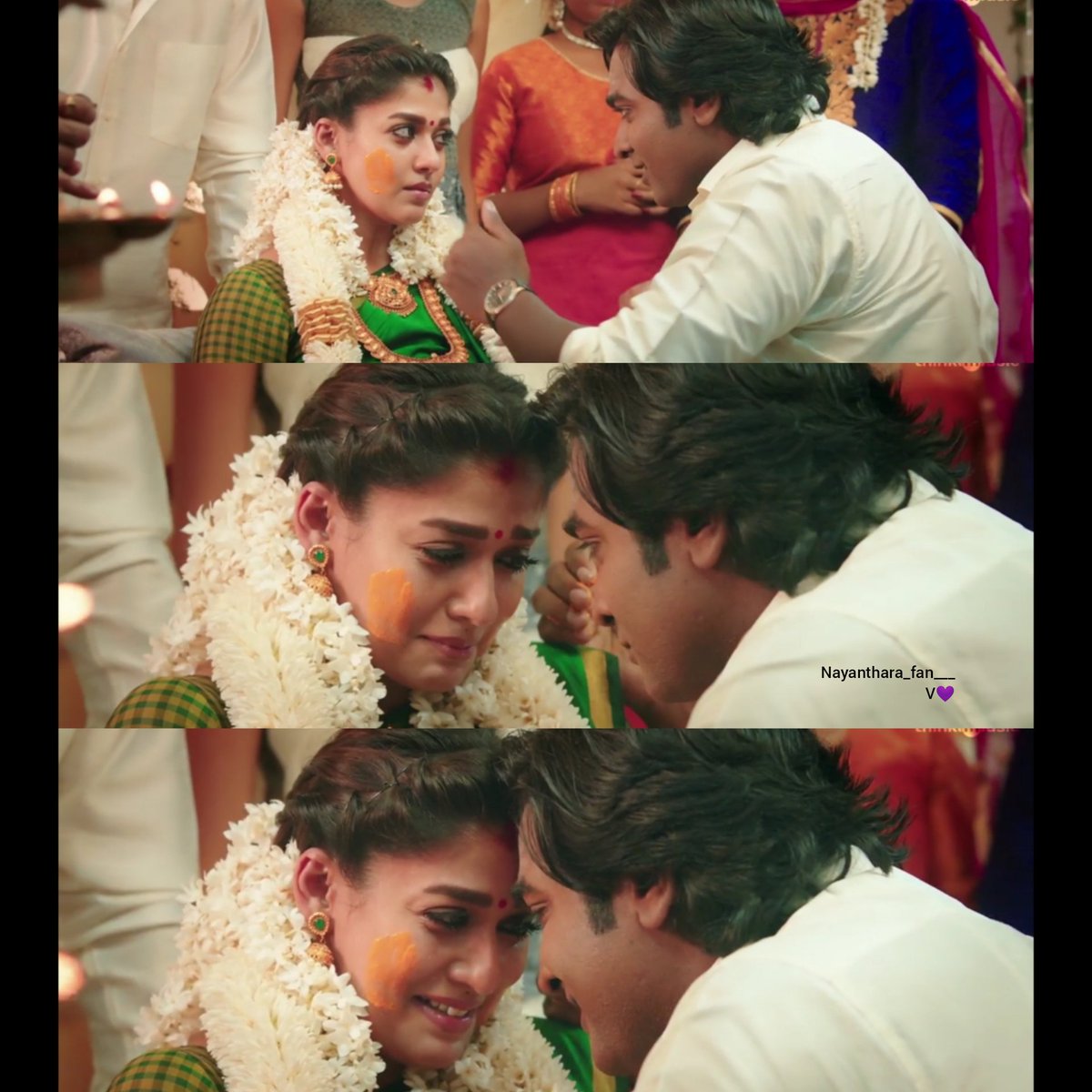 Cameo Films on Friday confirmed that Imaikkaa Nodigal, directed by Ajay Gnanamuthu of Demonte Colony fame. He had worked with the ace director AR Murugadoss as his assistant before going on to direct films on his own. 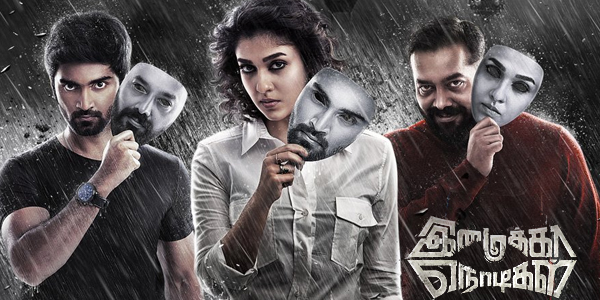 One of the highlights of the film will be a cycle fight featuring Atharvaa.  Lee Hon Yiu, a Cycle stunt specialist from Hong Kong, was brought down to work on this cycle stunt choreographed by ‘Stun’ Siva.

Producer Jayakumar said in a statement: “When the director shared the idea of this cycle fight, we decided to make it as stunning as possible. With Atharvaa on board, we knew for sure this action sequence will be much discussed about. We decided to rope in the best of technicians to give the fight an international feel and quality, so we brought Hollywood cycle stunt specialist Lee Hon Yiu. He has done a mind-blowing job along with ‘stun’ Siva master.” 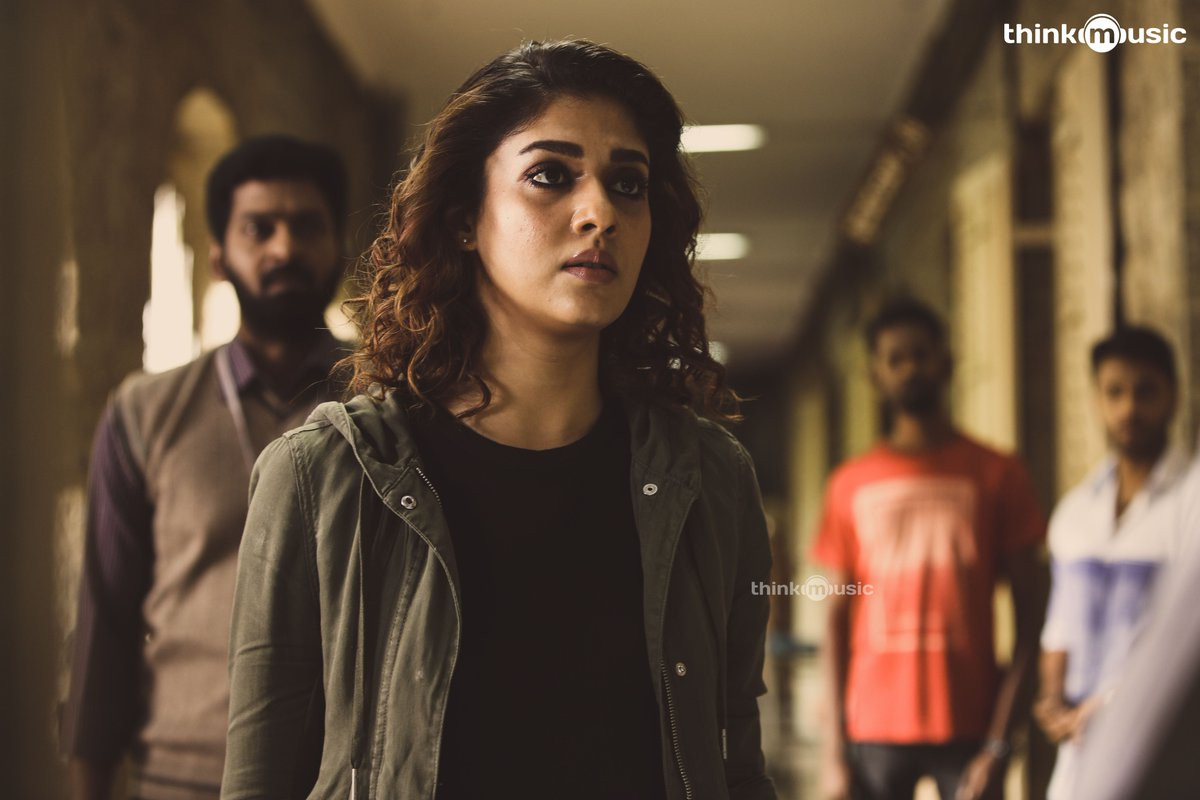 Now the video of a romantic single from the movie has been released in which Vijay Sethupathi and Nayanthara duets together. Filled with montage shots the lovely song shows the extreme love between the duo. Starting from their marriage in a registrar office, the song shows Nayanthara getting pregnant and includes emotional shots of baby showering as well.

Seeing the song Nayanthara’s love romance Vignesh Shivan opened his opinion about the song and he is very much positive, sweet while expressing his thoughts about the song. In his official twitter account he wrote “Looks emotional & lovely
Well done @AjayGnanamuthu @rdrajasekar
#AreYouOkayBaby #VijaySethupathi & #Nayanthara on screen chemistry is sooo lit !! Lovely montages & a superb song from @hiphoptamizha Looking forward for #ImaikkaNodigal from Tomo”

Looking forward for #ImaikkaNodigal from Tomo🥁🎯

He mentioned Nayanthara and Vijay Sethupathi’s online chemistry is so lit. ‘Lit‘ has been a slang term meaning “intoxicated” for over a century. More recently, it has acquired the meaning “exciting,” as well as a broader meaning along the lines of “excellent.”

For his tweet music director of the movie Hip Hop Tamizha Aadhi thanked him by replying.

It is excellent gesture from the director indeed. What do you think of it, let us know !!

Video Of Dhoni Running Away From A Fan Goes Viral !! The UNSEEN Face Of The Former Captain !!

The year 2019 has seen Dhoni in extraordinary form, especially against Australia. Having bagged three back-to-back half-centuries in the ODI series during India's tour Down...

For Asking Movie Update At This Situation, Producer Slammed Fan !!