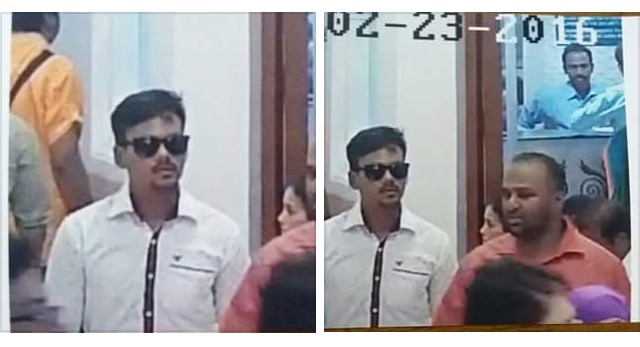 Beware of Cheats!!!
We say our country has evolved so much and we are developing in all aspects. But there are incidents which bring shame and disgust to this by few people who are not worth living here.
Recently, there was this incident that happened in a well-known shop called Smart Shoppers in Vadapalani which showed a fraudulent act of a cheater. This guy disguised himself as a doctor from a famous hospital and called the shop asking for a camera, Canon EOS 5D Mark III with Kit lens. This whole set costs around 2 Lakhs.
As they haven’t seen this guy, the shop’s representative reached the hospital and called the number from which they got a call earlier. The same person who disguised as the doctor, addressed the representative as the doctor’s assistant and collected the camera. He had told the representative that he will consult with the doctor and get back with the money. But somehow he had escaped with the camera. The representative was waiting in the lobby for the assistant to return only to realise later that the guy was a fraud. And they had to lose the camera.
As it was too late to do anything else, they immediately lodged  a police complaint and took the footage from the hospital for proof. The guy in the white shirt was the one who did this atrocious act.

If any of you see this person anywhere, it would be of great help if you can inform it to the police. It’s also our duty as a citizen to make sure guys like these are caught and given the due punishment that they deserve.
Also, be aware of people like this. This is a lesson for all of us to stay alert and be careful. Always make sure that you confirm the identity of a person before buying or selling goods, or anything else for that matter. There are a lot of people everywhere who carry such easy fraudulent acts and escape without getting noticed.