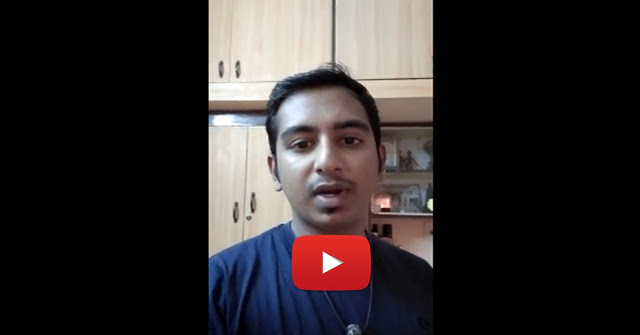 When true love leads to
suicide.. All hell breaks loose!

I can’t even
fathom the bizarre thought of how people commit suicide. And of all the
reasons, they choose love to end their life. Isn’t love supposed to make your life better?!
Well, how
much ever we talk and criticize about people committing suicide stating they
were lost in love, we can’t judge them as we know nothing of what actually
happened in their life!
This is
exactly what took place in Aravind’s case. And looking at his suicide confession
video, we know that he was purely pushed to this decision. Yes, it may be a
cowardly act, but he was more concerned about his family being safe rather than
him living safely!
Aravind was in
love with a Muslim girl, Fathima Navin. They were in love for almost a year when things got
bad. From the video, we assume that the girl’s side came to know about this
love affair and were totally against it. Fathima’s dad, Abu Sali immediately must have told
a ‘no’ for their love, following which the girl had dumped Aravind. And post this,
her dad had made plans to marry her off to Sadam Khan.
Aravind completely
moved away knowing all this even after his heart break. But the girl’s family
weren’t ready to let go of him all that soon. Since he uploaded pictures of him and Fathima on social networks which he did for his defense against his family, Abu Sali and his family members had kept following him and
making threats to him. He claims that they even made blank calls and whatsapp call from unknown numbers.
Aravind states
that they followed him to office and later took him to Tharamani Railway
station and beat him black and blue! Also making threats that they will do
something to his family. They have made alleged threats saying that they will
harm his dad, mom and brother.
Aravind tried to say that he no longer wants any
connection with Fathima. He also showed them the photos and tried to prove that they
were indeed in love. And also mentioned about Fathima’s previous boyfriend Khalid Ahammed. But Sadam Khan just accused him saying all this was forgery and
that he had morphed the pictures. And maybe that’s the reason he kept
blackmailing Aravind in harming his family and reporting him to the commissioner.
Succumbing
to these major threats made on his family, Aravind decided to end his life. But not
before making some serious confessions on this video. He was very aggressive
and blamed his death entirely on Fathima and Abu Sali. Their torture was what lead him to
this fateful decision. He also said, due to aggression, that Fathima Navin was his girl
first and is now just a leftover for Sadam Khan. He was not bothered if Sadam got married to
Fathima but he wanted him to know that she’s not going to be his first anyway!
Saying all
this, he blamed his death purely on Fathima Navin and Abu Sali, and confessing that he’s going to
end his life. All he could stress here was why do they have to keep threatening him when he was ready to move away or why did they have to endanger his family for his acts!
This is
purely pathetic to watch the confession video he made and the reason he took to
end his life. Maybe he could have done something about it. He could have told
his parents or asked for his friends’ help. Or stood his ground on what he was
saying is true!
Ending your
life is never a solution for anything. You’ll never achieve what you wanted to
if you die in the first place right? And think of your parents and closed ones
before you take such a decision. What come may, Be braver and stronger!!!