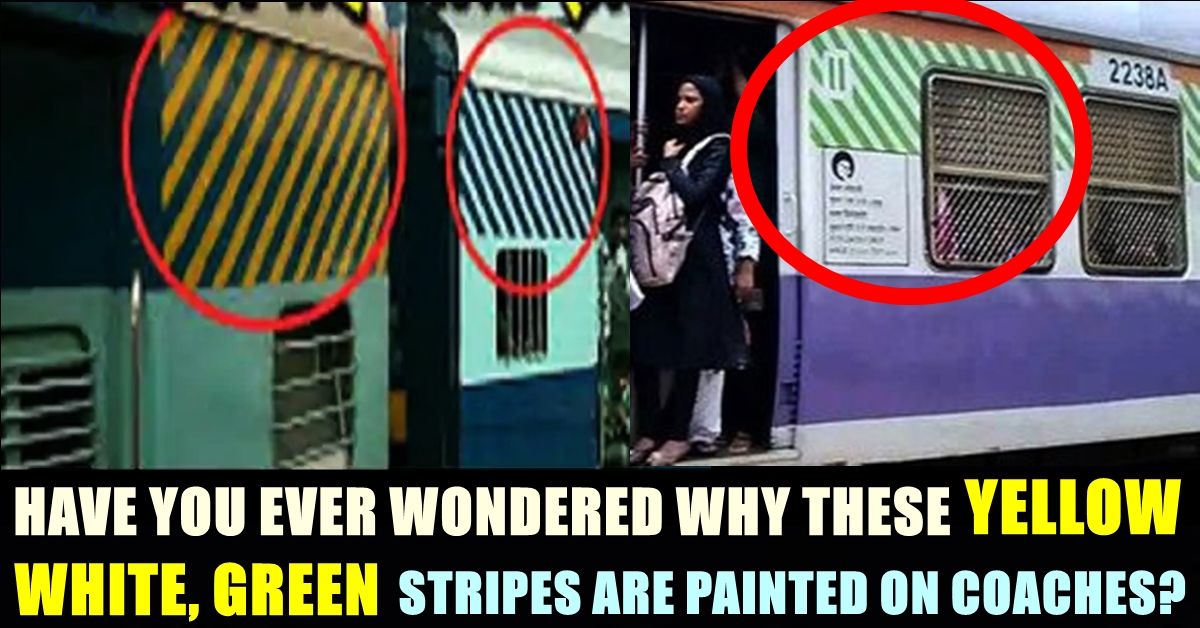 Being the second largest rail network in Asia and fourth largest in the world, Indian Railways functions with a single government ownership. It acts as one of the easiest and affordable modes of transport helping millions of people in daily basis to move from one place to another. Though we are making use of trains in our regular life, we could have missed the minute details they contain and the messages it provides to its beneficiaries. One such is the stripes of different colours that were painted on the different coaches of train.

On 16th April 1853, Indian railways had started its services and the first passenger train in India ran 33 kilometres between Bombay and Thane. That day was declared as a public holiday. To illustrate many things in the Indian railways, special type of symbol is used like symbol at the side of the track, symbol at platform etc. The main intention of these indications is to make people easily understand about how the trains are functioning, its rules and regulations.

Similar to them, a special stripes symbol with different colours are also being used on train coaches to make people understand about what kind of coach it is. However, most of us are not aware of the information Indian Railways is trying to convey through the stripes.

While stripes on the blue Railway coaches were painted to indicate unreserved second class coaches of a particular train. With these stripes, passengers can easily identify the general coach when the train arrives on the platform.

Similarly, broad yellow stripes are painted on blue and red coaches of a train to indicate that the coaches are prepared for physically challenged passengers. It is also meant for the passengers who feel sick and unwell.

You may also have noticed that most trains have blue coaches. These coaches means that they are ICF coaches which means their speed ranges from 70 to 140 kilometres per hour. Indian railways nationalised in the year 1951. In 1990s new colour scheme of dark blue was introduced for Mail/express coaches, replacing the brick red colour which was in sue for decades. According to reports, Railways would be repainting about 30,000 conventional coaches manufactured at the Integral coach factory in Chennai.