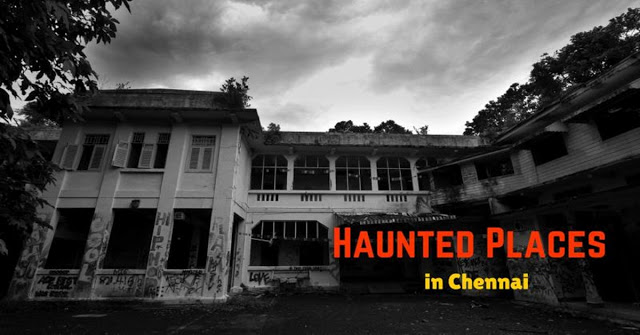 This house is haunted by the ghost of a woman who committed suicide 10 years ago, even though her father owns the house, no one dares to live there in fear of the woman who haunts it. The front door which is locked, opens and closes when people look at the house, mobile phone signals stop just when people walk by the house. There have been many witnesses who heard the girl crying, screaming and other mysterious sounds from the empty house. Every night at 2 am, doors in the house slam shut. The front gate automatically opens at night, inviting those who cross it to come and share the company of the dead. Shivers.

This isn’t a story of the haunting of a single house, but that of many houses in this colony which has been abandoned for years. These houses are lavish and the street has no light, with the trees full of huge bats that make strange patterns to echo the eeriness. The colony is named after one of its early residents, a Portuguese business man who led an unhappy life with his mentally ill wife and son who died from unforeseen circumstances. No one dares to venture here as pet dogs who enter into this colony disappear, watchmen put on guard die the very next day and locks mysteriously open and close before the human eye. The presence of paranormal activity here clearly means the creatures of the night want humans to keep away from their abode.

Karikattu Kuppam is a scenic stretch on the East Coast Road, the 2004 tsunami caused many deaths here. The place is said to be haunted by an old man and two children who died during this tragedy. This place is completely deserted and even local residents fear to go here. All the residents here were relocated after the Tsunami, the town is dilapidated but still has a school, temple and many houses, with no human beings around, beings from the other realm have taken to this place as their own. The shadow of a ghost is seen walking around, the ghost children wail from deserted lands, apparitions are seen everywhere.

The ECR Road has had many apparitions of ghosts walking around; the terrifying thing about this is it causes drivers to have accidents on seeing them. One would think the ghosts are trying to increase their presence on that stretch of road by killing more people. The road is badly lit and stories of ghostly visions have been too many.

This winding lane gets eerie in the night, badly lit with very less traffic, overlooking an area overrun with trees and weeds. A small temple had to be built in the corner to ward off the many evil spirits especially since those walking on the road have been slapped and thrown onto the road by the ghost. A ghost that assaults, this one has been a rather violent attacker.

Broken Bridge leads to nowhere as the name suggests, but is a famous shooting spot for films. During the night this place is considered very unsafe due to the paranormal activity that occurs often. There’s even a police present to chase off people to protect from unwanted consequences.

A student committed suicide in Herber Hall after having his heart broken by a girl, since then the ghost pushes down utensils, leaves taps open and breaks windows to make his presence felt.

There have been so many stories of suicide on this lane that it is considered one of Chennai’s most haunted lanes. The lane has such thick trees that it cuts off day light, now imagine this road at night with all those unhappy dead spirits walking around.

The empty derelict building overlooking Anna flyover has had many instances of suicide due to its neglected status. There have also been numerous accidents on this building; one can only ascribe such unforeseen happenings to the spirit world.
COURTESY : HOURDOSE

BEWARE : Now Facebook Will Ask For Legal Notice To Remove Any Post
Meet Annie Roy, The Only Woman Tunnel Engineer Of India